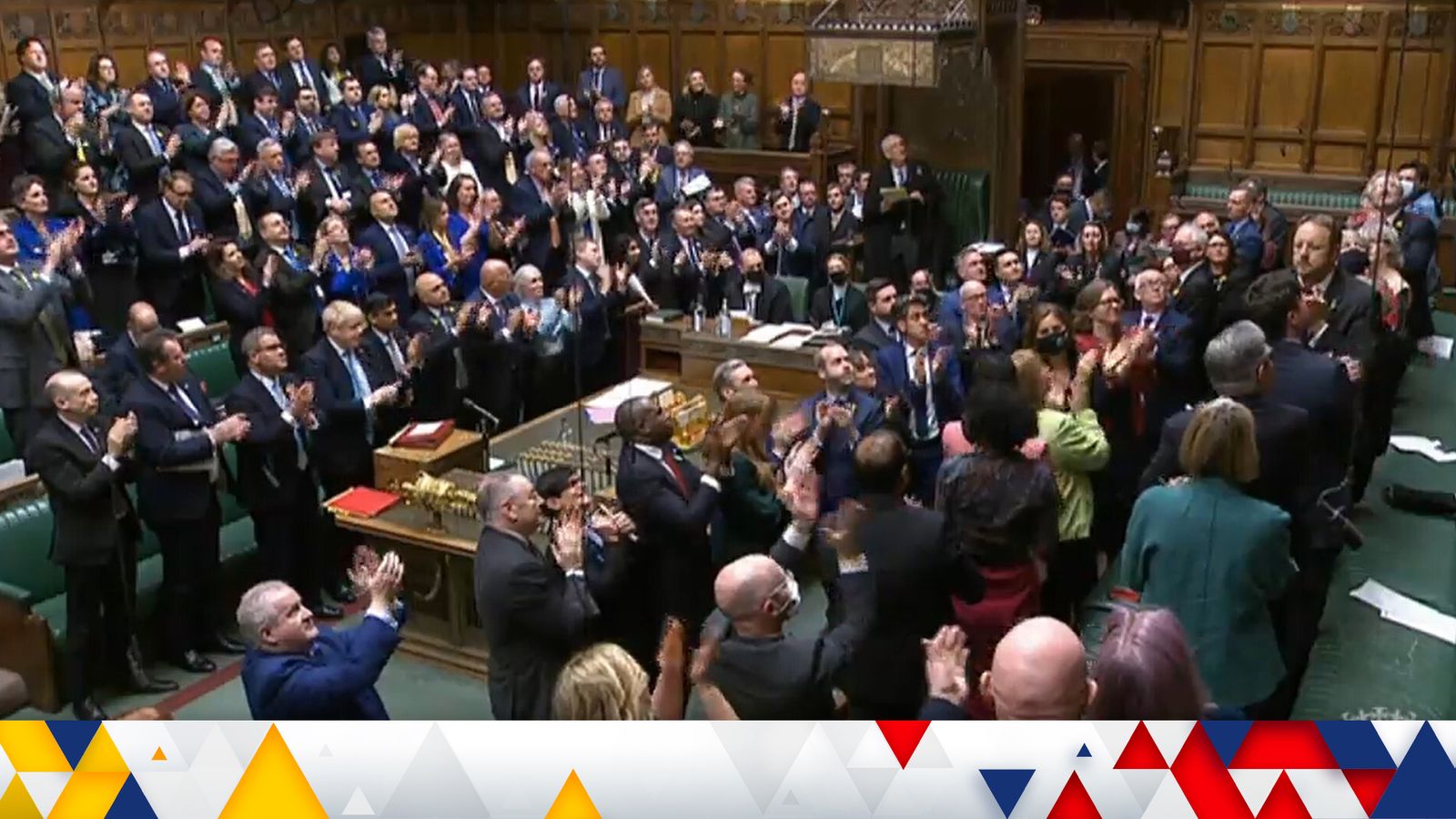 Boris Johnson has accused Vladimir Putin of committing “a war crime” as he spoke during a session of PMQs preceded by a standing ovation for Ukraine’s ambassador.

“What we have seen already from Vladimir Putin’s regime – in the use of munitions they have already been dropping on innocent civilians – in my view already fully qualifies as a war crime,” he said.

“I know the ICC [International Criminal Court] prosecutor is already investigating and I’m sure the whole House will support that.”

At the beginning of Wednesday’s PMQs, the entire Commons chamber stood to applaud Vadym Prystaiko, Ukraine’s ambassador to the UK, as he sat in the gallery to observe proceedings.

Addressing Mr Prystaiko after MPs had ended their applause, Commons Speaker Sir Lindsay Hoyle noted – to some laughter – that MPs “generally do not allow applause in the chamber”.

“But I think on this occasion the House quite rightly want to demonstrate our respect and support for your country and its people at this most difficult time,” Sir Lindsay added.

In his opening remarks, Mr Johnson said Mr Putin had “gravely miscalculated” in his “abhorrent assault” on Ukraine.

“He has underestimated the extraordinary fortitude of the Ukrainian people and the unity and resolve of the free world in standing up to his barbarism,” the PM told the Commons.