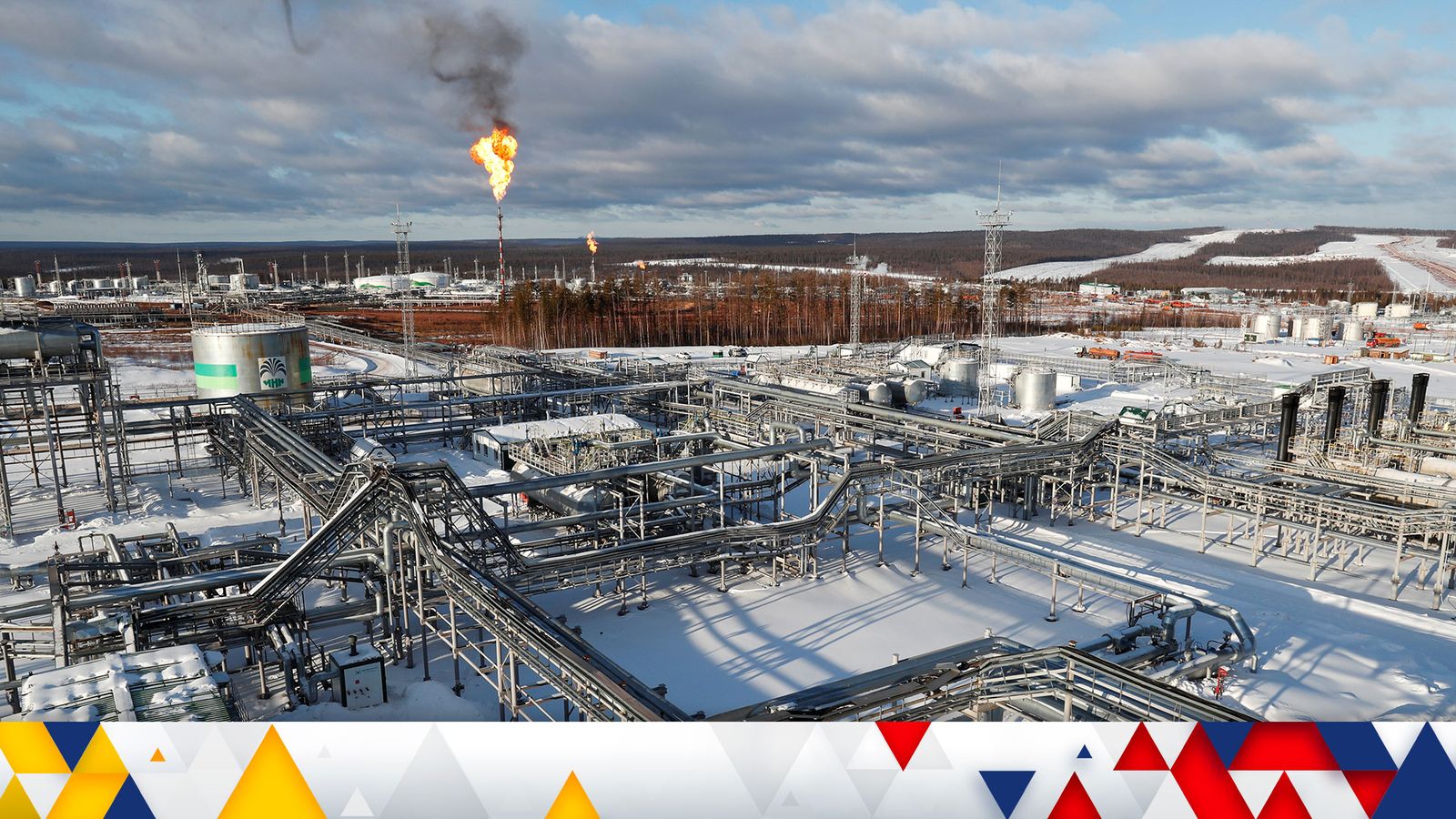 The impact of Vladimir Putin’s war on Ukraine on oil and gas prices is now very apparent.

The price of Brent crude surged to $119.84 a barrel on Thursday – a level last seen on 1 May 2012 – while the price of wholesale gas remains close to the record highs it hit just before Christmas last year.

In the US, meanwhile, the main benchmark for crude, West Texas Intermediate, overnight hit a level last seen in September 2008.

Energy prices, when they have reached these levels in the past, have tended to either crush economic growth or even bring about a recession.

What is alarming about the current surge in oil and gas prices is that they have been accompanied by a surge in the price of any number of other commodities.

And, in many cases, they are potentially stoking up inflation to a degree that seemed unthinkable even a week ago.

A good example is the price of wheat – almost a third of which, globally, was supplied by Russia and Ukraine before the war.

Wheat for March delivery surged on the Chicago Board of Trade on Wednesday evening to $11.32 per bushel – a level not seen since March 2008 – and has risen by 28% since Mr Putin launched his invasion of Ukraine.

A bushel equates to 60lb of wheat, or roughly one million wheat kernels, which in turn, according to the grower’s co-operative Kansas Wheat, produces enough flour to bake 70 1lb loaves of white bread or 90 1lb loaves of wholemeal bread.

The price moves reflect the fact that, with global sanctions on Russia and Ukrainian exports hampered by Black Sea port closures, buyers are scrambling to source the grain from elsewhere.

It has particular implications for countries in North Africa, the Middle East and South Korea, all of which are big buyers of Russian and Ukrainian wheat and corn. Buyers from South Korea and Taiwan, for example, have reportedly been trying to buy from the United States and Argentina instead. India, whose wheat exports have tended to sell at a discount to that of Russia and Ukraine, has found some buyers.

However, with droughts affecting large parts of US wheat production and production in Latin American countries such as Brazil, Argentina and Paraguay, wheat stocks globally are lower than usual. It raises the threat of shortages in some countries, specifically Egypt, which is the world’s biggest wheat importer.

Wheat traders are also looking to see how China, which sources around a fifth of its wheat imports from Ukraine, will react to the possibility of shortages. China was already expected to have to import more wheat than usual this year because heavy rains delayed crop planting in autumn last year.

The problem is particularly acute because, as with other global supply chains, wheat importers have become reliant on so-called “just in time” deliveries and, in particular, from Black Sea ports.

The shortages are likely to hurt consumers in developing countries more acutely because food and drink make up a bigger proportion of household consumption than in developed economies. Yet even comparatively well-off countries are also likely to feel the pinch and suffer from either shortages or price rises.

El Topo, a big Argentinian manufacturer of churros and which has been in business for more than 50 years, blamed the invasion of Ukraine as it warned its customers that its products were likely to be in short supply in coming days due to a lack of flour supplies.

The moves may even bring about lasting change in the demand and supply dynamics of the global wheat market.

Russia and Ukraine, under the reign of the Tsars, were traditionally the world’s biggest producers of wheat. But wheat production collapsed when both were part of the disaster that was old Soviet Union Mr Putin now seeks to recreate.

Stalin’s cruel collectivisation of farms, targeting the kulaks (well-off peasant farmers), saw mass deportations to Siberia and claimed the lives of almost 4 million Ukrainians or more than one in eight people at the time through what to this day is referred to by Ukrainians as the “Holdomor” – deliberate starvation. Inflation rises to near 30-year high

Freed from the yoke of Communism, Russia and Ukraine gradually emerged as the world’s biggest wheat producers, overtaking production by the United States and Canada during the last decade.

That has now been jeopardised and is likely to encourage many countries to become more self-sufficient in wheat or, in the case of African countries that struggle to grow their own wheat, build more storage facilities. The EU said this week that it may relax the controversial so-called “set aside” rules under its common agricultural policy to allow farmers to cultivate more wheat to make up for lost Russian and Ukrainian supplies.

Wheat is by no means the only commodity to have seen its price spike by more than expected during the last week.

The price of aluminium, 6% of which is produced globally by Russia, has surged. The three-month aluminium contract on the London Metal Exchange rose by 3% on Thursday to an all-time high of $3,691.50 per tonne. The price of nickel, in which Russia is the world’s third largest manufacturer, hit its highest level since April 2011.

Another commodity trading at record levels in some parts of the world is coal.

The fuel is back in demand as a source of power in many markets, due to the surge in the price of natural gas, but is in short supply in Europe, in particular, as the continent used to secure most of its coal from Russia.

Miners from Colombia, South Africa and Australia will seek to make good the shortfall but here again, shifting demand and supply dynamics have been at play, with a good example being the way China has switched to South African and Indonesian supplies following its boycott of Australian coal.

The extent to which commodity prices are rising across the board can be seen in the GSCI Commodities Index produced by S&P Dow Jones Indices. This seeks to track the global commodities market by measuring some 24 futures contracts covering the price of industrial metals, precious metals, energy, agricultural commodities like wheat and livestock commodities like cattle and hogs.

The index has jumped by 18% during the last week – the biggest weekly jump since 1970.

That should frighten anyone who remembers how the 1970s were blighted by inflation.