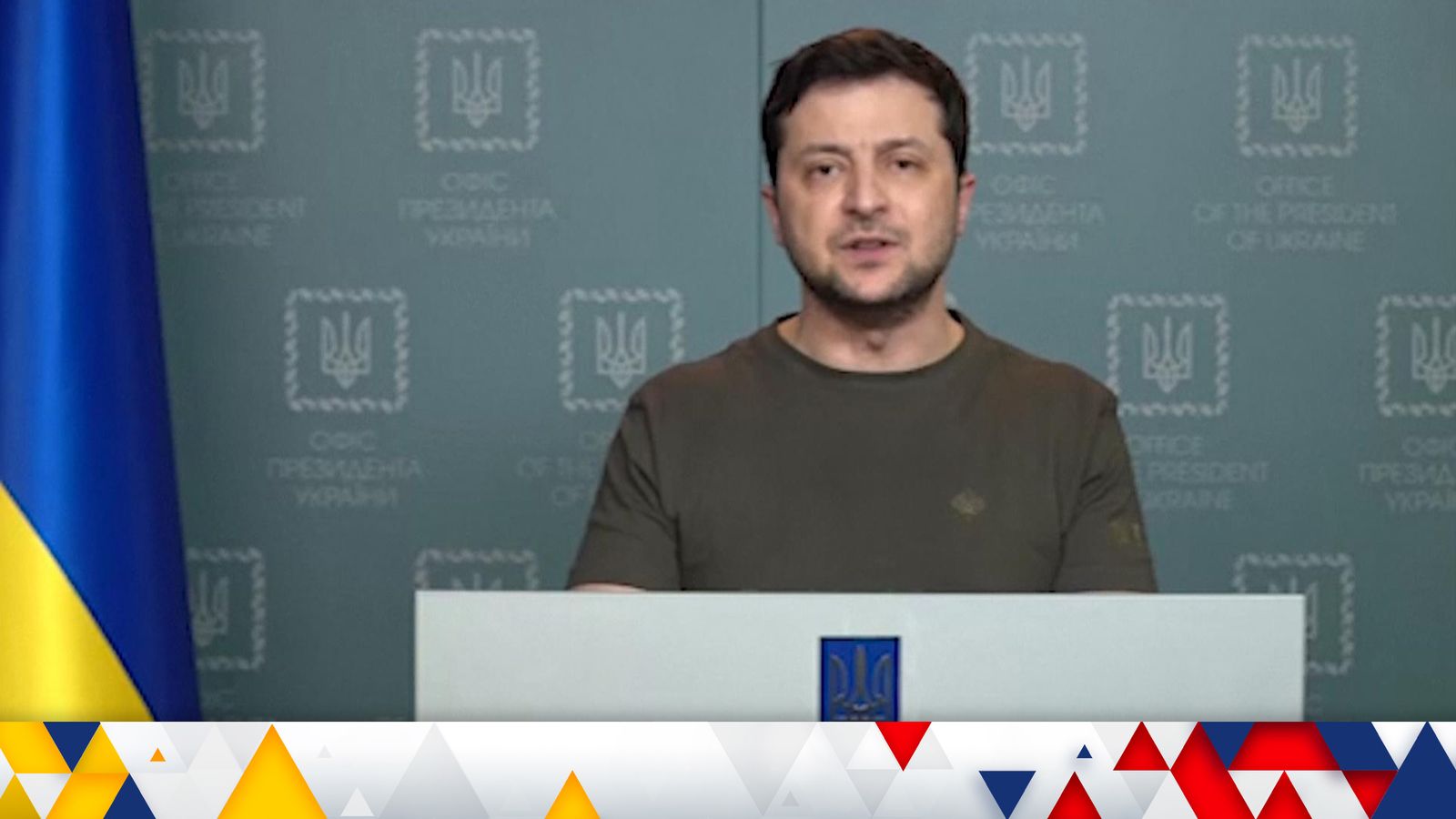 Ukraine’s leader Volodymyr Zelenskyy has appealed directly to the Russian people to protest against the Kremlin saying evidence from captured troops shows the invasion was planned.

Urging them not to stay silent, he said it was time to “overcome evil” and insisted it was not just a fight for peace in his country, but their own freedom.

Mr Zelenskyy made the impassioned plea as the offensive launched by Vladimir Putin against Ukraine entered its 11th day.

The UN says more than 1.5 million refugees have now crossed into neighbouring countries since the onslaught by Russia began.

Key developments:
• Second attempt to evacuate Mariupol to begin as temporary ceasefire announced
• ‘Putin must fail’ – PM’s six-point plan for resolving crisis ahead of talks with world leaders
• Visa and Mastercard announce suspension of operations in Russia
• China warns US not to ‘add fuel to the flames’ as Russia continues attack

Stressing the need for support in a televised address, Mr Zelenskyy said: “We are fighting for our borders.

“We are fighting for our freedom, not to become slaves.

“And this is our choice, but also the nationals of Russian Federation are making their choice as well right now.

“This is the time when we can overcome the evil, when it’s not too late, when you can only lose your job but not go to gulag.

“It’s not too late. Don’t miss your opportunity.”

He added: “Colleagues and your relatives should be able to hear you.

“If you stay silent now, then in the future only your poverty will speak on your behalf. Don’t be silent.”

Mr Zelenskyy also pointed to evidence from members of the Russian military taken prisoner that the attack on Ukraine was premeditated.

He said: “Those who were captured, hundreds of Russian soldiers and pilots who were dropping bombs on our cities.

“We heard the evidence. We saw documents, evidence such as maps.

“This is not some improvised war. It is a deliberate, deliberate, pre-determined intention. They planned this war.”

Five miles away from Kyiv, this town is being heavily bombed – and civilians are fleeing however they can
Nuclear threat, No-fly zones and who is Zelenskyy? – Ukraine crisis explained
‘Welcome to Hell’ – the message facing Russian invaders as Kyiv prepares for the fight of its life

Boris Johnson calls questions over his leadership ‘political commentary’
US-based Volcon to unveil all-electric four-seater UTV later this week, releases teaser photo
Woman found dead and man left with life-threatening injuries after house destroyed in blast
World UFO Day 2022: What Are UFOs and How Did the Theories Around Them Originate
Blow to Biden’s climate agenda as US Supreme Court limits federal power to curb emissions