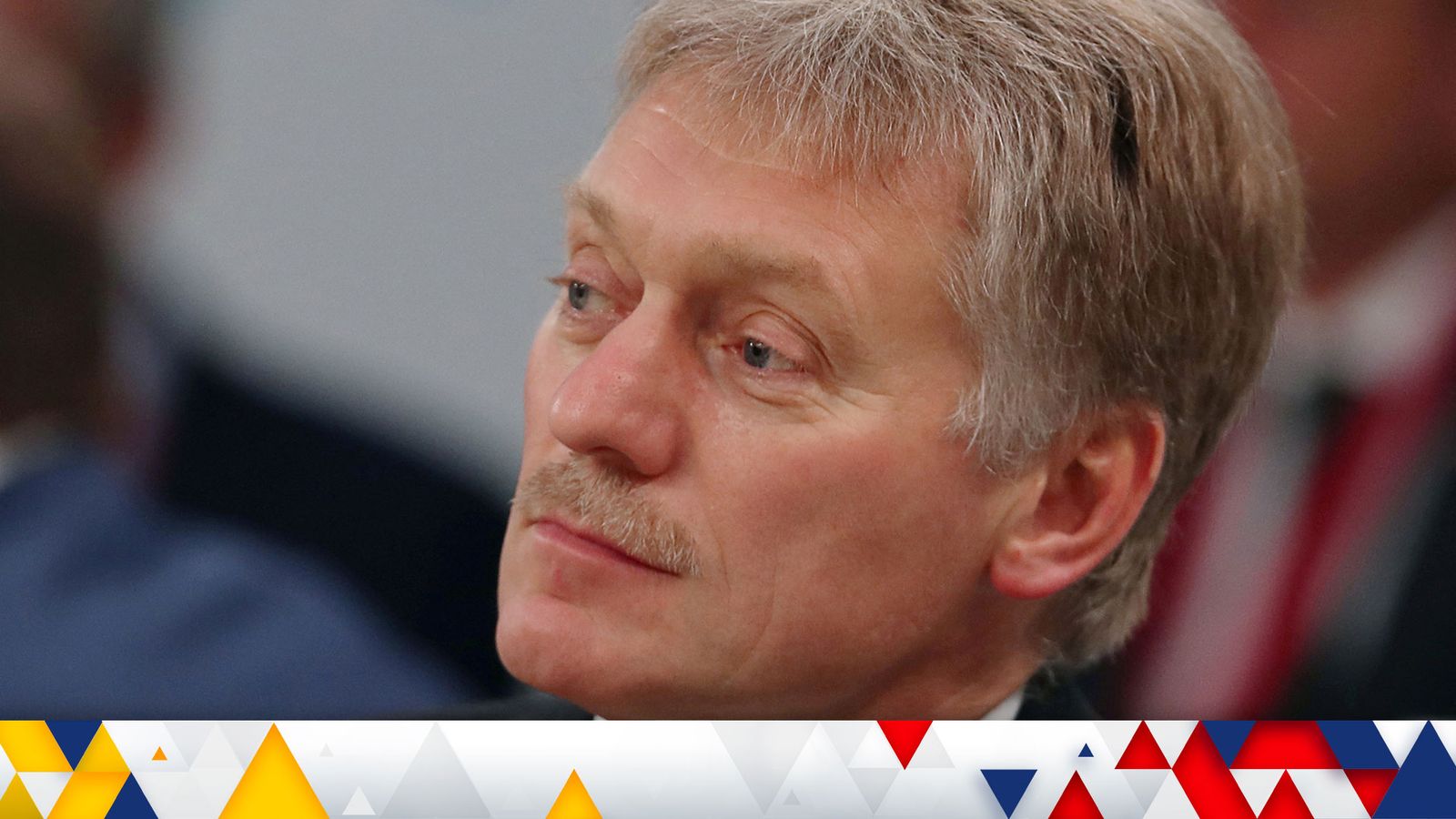 Russia has said military action in Ukraine would stop “in a moment” if the country meets its conditions for a ceasefire.

In an interview with Reuters, he said Russia had told Ukraine it was ready to halt its military action “in a moment” if Kyiv meets its conditions.

What Russia wants from Ukraine

His remarks represent the most explicit Russian statement so far of what it wants from Ukraine to halt what it calls its “special military operation” in the country.

Mr Peskov said Ukraine was aware of the conditions, adding: “And they were told that all this can be stopped in a moment.”

Mr Peskov insisted Russia was not seeking to make any further territorial claims on Ukraine.

“We really are finishing the demilitarisation of Ukraine,” he said. “We will finish it. But the main thing is that Ukraine ceases its military action. They should stop their military action and then no one will shoot.

He added: “We have also spoken about how they should recognise that Crimea is Russian territory and that they need to recognise that Donetsk and Lugansk are independent states. And that’s it. It will stop in a moment.”

Read more: Why does Vladimir Putin want to invade Donetsk and Luhansk?

Delegates to meet for third round of talks

It comes as delegates from Ukraine and Russia prepared to meet on Monday for a third round of talks aimed at ending the war in Ukraine, which was launched on 24 February. It has caused the worst refugee crisis in Europe since the Second World War.

King asks parliament to appoint new deputies in place of Andrew and Harry
Why are people protesting in China?
Big win for Joe Biden as Democrats land outright majority in the US Senate
Jamie Dimon says Ukraine war shows we still need cheap, secure energy from oil and gas
Which supermarkets have seen their prices rise most during cost of living crisis?