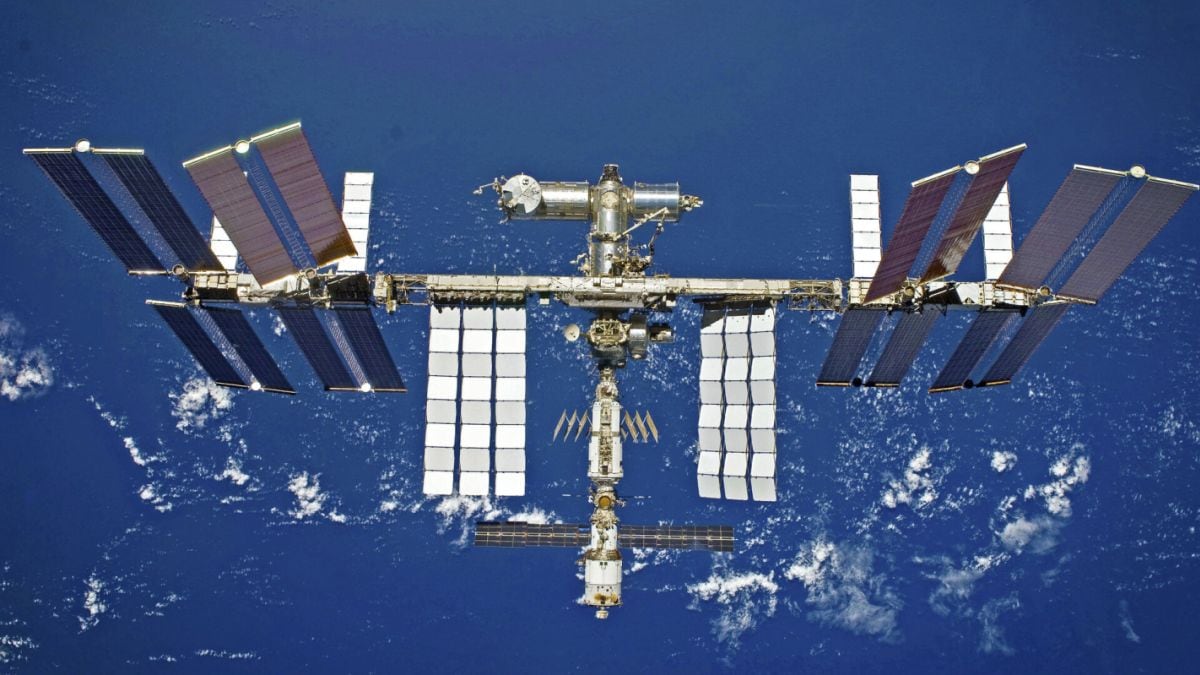 A bizarre video posted by Russian state-controlled news agency RIA Novosti shows the International Space Station (ISS) breaking apart in an artist rendering after Russian cosmonauts bid adieu. With this video, we are not sure if Dmitry Rogozin, the head of Russia’s Roscomos space corporation, is trying to threaten the US or hinting at something unusual, but it nevertheless looks scary. A space news blog NASA Watch shared the video on Twitter. The clip, which is about a minute long, is accompanied by some kind of classical singing. In the caption, NASA Watch mentioned that Rogozin “is clearly threatening the ISS program”.

The caption reads, “Russian govt-controlled RIA Novosti posted a video on Telegram made by @Roscosmos where cosmonauts say goodbye to Mark Vande Hei on ISS, depart, and then the Russian segment detaches from the rest of ISS.”

Russian gov’t-controlled RIA Novosti @rianru posted a video on Telegram made by @Roscosmos where cosmonauts say goodbye to Mark Vande Hei on #ISS, depart, and then the Russian segment detaches from the rest of ISS. @Rogozin is clearly threatening the ISS program. #NASA #Ukraine pic.twitter.com/fj2coK1xR1

Rogozin is no stranger to such tweets. Following Russia’s invasion of Ukraine, a couple of weeks ago he had stated that imposing restrictions on Russia’s space programme may have terrible consequences for the country’s opponents. Rogozin even went as far as to appear to issue a direct threat to the United States.

In a tweet in Russian, he had threatened the US, saying that if they didn’t cooperate with Russia, who will save the ISS from plummeting into the United States.

Before that, in 2020, Rogozin bemoaned in a column in the Russian edition of Forbes that Americans do not take Russia’s space programme as seriously as their own.

Rogozin’s comments came after Musk had jokingly said in June 2020, “The trampoline is working”, after SpaceX had successfully launched two NASA astronauts into orbit from American soil. Musk was referencing a statement made by Rogozin in 2014 when he had said that without help from Russia the US would have to transport its astronauts to the ISS using a trampoline.

‘Nobody is born smart’: Ex-commander of Russian mercenary group apologises for fighting in Ukraine
A vital EV battery nickel product will be made in the US for the first time
Shop prices yet to hit their peak – despite record highs seen in January
I Heard It Through The Grapevine writer and Motown’s first star dies aged 81
Thousands of ambulance and Environment Agency workers to strike in February over pay