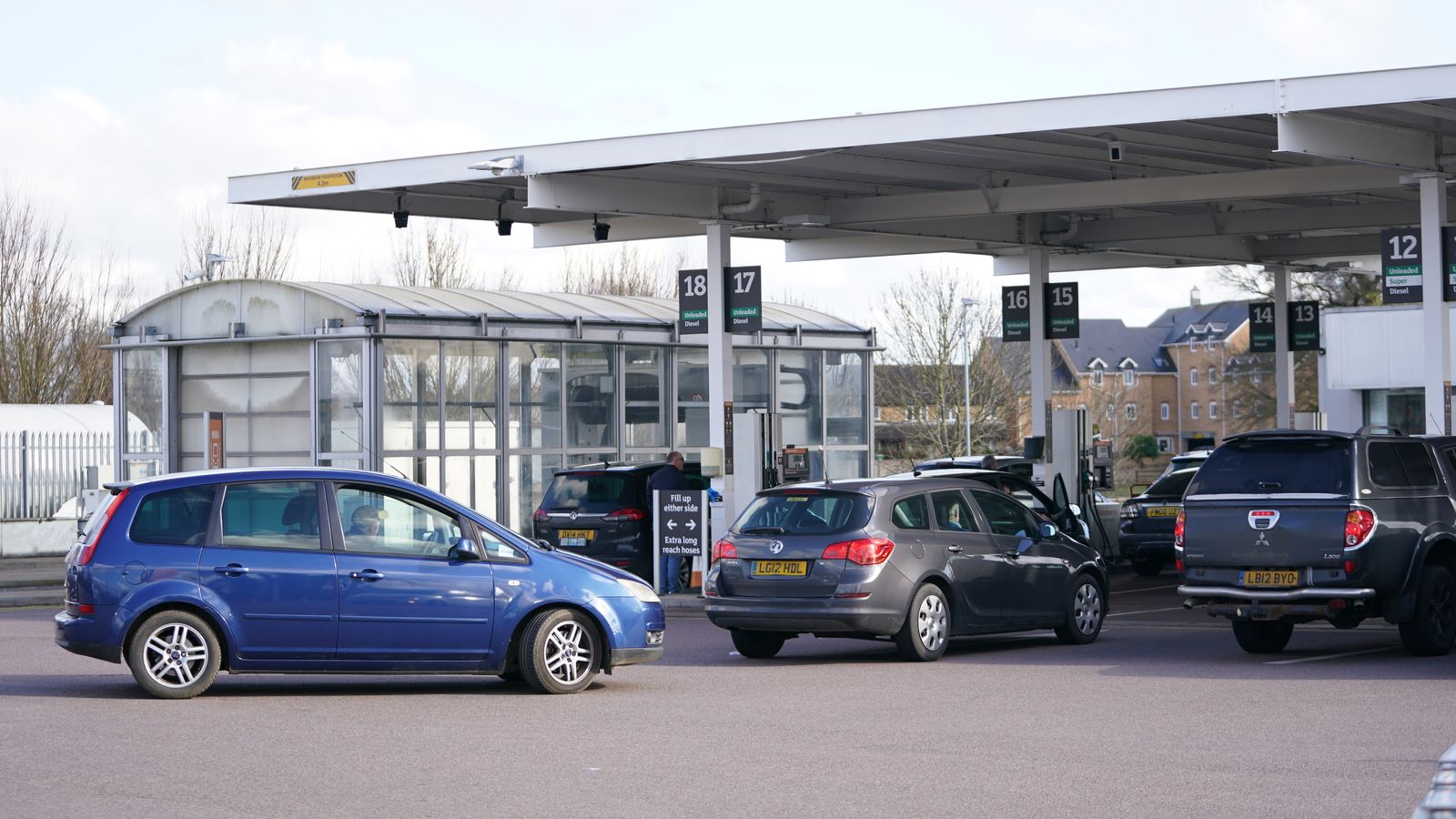 Drivers in the UK have been hit by the largest daily rise in average diesel prices, as the cost per litre shot up by nearly 3p in a single day.

Figures from data firm Experian Catalist show the average cost of a litre of diesel at UK forecourts reached 165.2p on Tuesday, up from Monday’s 162.3p.

For the first time ever, the cost to fill up a tank of diesel in a typical family car has surpassed £90 – some £8 more than in early January, the RAC says.

Motorists already reeling from cost of living increases have seen fuel bills rise in recent days as oil prices have soared amid concerns over the reliability of supplies due to Russia’s invasion of Ukraine.

The price per barrel of Brent crude – which is the most commonly used way of measuring the UK’s oil price – reached $139 on Monday, which was its highest level in 14 years.

The RAC said the 2.9p jump in the price of diesel was the largest they have ever recorded.

Meanwhile, the average price of a litre of petrol increased from 156.4p on Monday to 158.2p on Tuesday.

RAC fuel spokesman Simon Williams said: “The cost of a filling a 55-litre family car with petrol is now £87 – £7 more than it was at the start of the year.

“Diesel drivers are even worse off, with a tank now costing more than £90 for the first time ever – £8 more than in early January.”

Mr Williams said the average price of petrol is “now certain” to hit £1.60 a litre this week with more increases at the pumps in the coming days “inevitable”.

He added: “We continue to call on the chancellor to help drivers by temporarily cutting VAT to at least 15%.

“As it stands, 26p a litre of what drivers are paying on the forecourt is attributable to VAT and that comes on top of 58p a litre in fuel duty.”