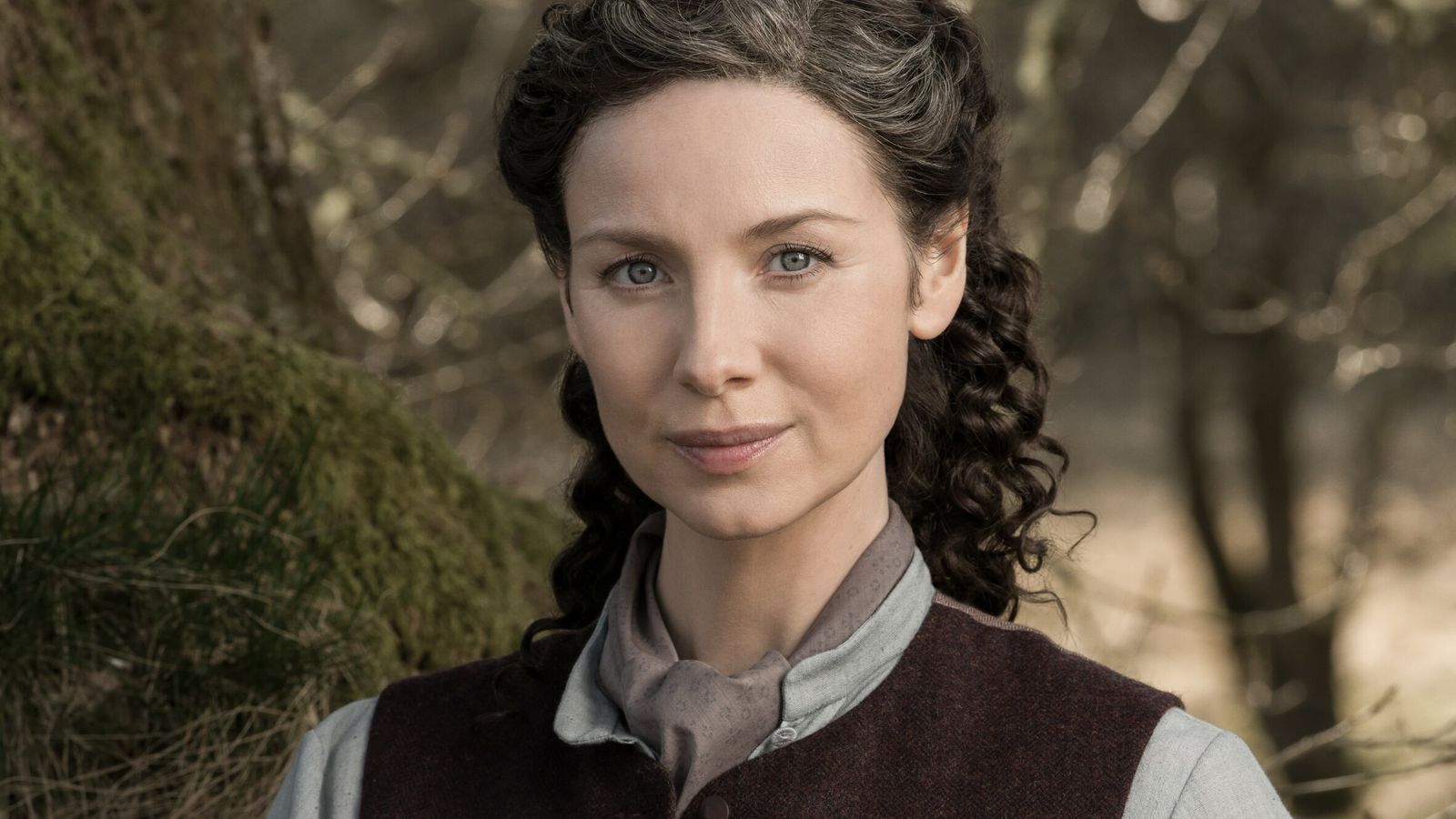 Belfast star and BAFTA nominee Caitriona Balfe has told Sky News she never predicted the film becoming the hit that it has.

Kenneth Branagh‘s semi-autobiographical film, about a young boy and his working-class family living through the Troubles in Northern Ireland, is up for six awards at this weekend’s ceremony – including best supporting actress for Balfe – and the same number of Oscars.

Balfe said that when she was filming with writer and director Branagh and co-stars including Jamie Dornan, Ciaran Hinds and Judi Dench, she never imagined it would become one of the most talked-about films come awards season.

“We made this gorgeous little film in between two lockdowns in summer 2020 – we think of it as like these halcyon days of the summer, you know, it was really such a magical experience,” she said. “But we were kind of thinking, this is just a small film, a very personal story to Ken. Maybe in the UK and Ireland it’ll sort of connect with people.

“But the fact that it’s sort of gone out further into the world and so many people are relating to it and connecting with it and appreciating it is quite mind-blowing.

“Our work was done by September 2020 so this is all fun and we get to hang out with the most amazing cast, and we were all super tight, so I think we’re all going around very bemused that we get to still talk about it and hang out at this point.”

The return of Outlander and its fandom

But it is not just awards ceremonies that put Balfe centre screen at the moment.

Historical drama Outlander, in which she plays time-traveller Claire – whose love story with a Highland warrior played by Sam Heughan is central to the plot – is also back.

It’s the sixth series of the hit show, which has a loyal and dedicated fanbase; the time between series is labelled as “droughtlander”, and they have been kept waiting longer than usual this time due to the pandemic.

That fandom, while welcome, can be intense at times. Balfe said she doesn’t let any negativity get to her, but admitted trying to protect younger members of the cast.

“Ninety-nine-point-nine percent of [fan interaction] is really just this lovely wave of people being so supportive and telling you how much they like you. Which is, you know, lovely, right? Who could fault that?

“But like anything, there’s a small sliver that is kind of criticising or maybe a little intrusive, and of course as human beings it’s hard not to sort of catch on to that. I think it’s one thing when you’re as old in the tooth as Sam and I maybe are, but I think when you are talking about young actors who are coming on to a show and who sort of just step into this wave of all of that, it can be quite overwhelming.

“I feel like the mother hen on the show, that I’m very protective of everybody and you want to make sure that everybody is kind of getting on okay with it all.”

Cast bonding has no doubt been helped by the show’s filming schedule, which involves long shoots in sometimes very rural parts of Scotland.

Balfe says she is usually one to instigate spending time together off set as well as on – but that making the latest series during the coronavirus outbreak meant this didn’t happen as usual.

“Normally we would have dinner parties at various different houses – I love to host everybody over and we would hang out and go out together and I think that’s so important,” she said. “We’ve been really lucky, you know, we really all are a very tight-knit gang and I think it’s really important to be supportive of each other.”

Keeping up with the Outlander storylines

Based on the Outlander novels by Diana Gabaldon, the sixth series of the TV show has only just been released, but a seventh has already been commissioned and production is due to start soon.

While Balfe loves the work, she said the time off between seasons is also essential.

“Once we wrap a season, you probably spend maybe a month of trying to just clear it out of your mind and you just need a little bit of a breather.

“But then almost immediately you start thinking about, well, what’s our journey going to be the next season? What’s Claire’s journey going to be? We have this beautiful gift of these books that are our blueprint so we generally all start to read the next book as well.”

Outlander is streaming in the UK on Starzplay

‘Look to British workers not immigrants’, minister urges businesses
Baidu claims its robotaxis rival traditional ride-hailing in parts of China
Legal experts in new report conclude there’s a ‘strong basis’ to charge Trump
With less than 70 minutes on the clock, the World Cup stadium started to empty
Putin trying to ‘starve Ukrainians into giving up war but will fail’