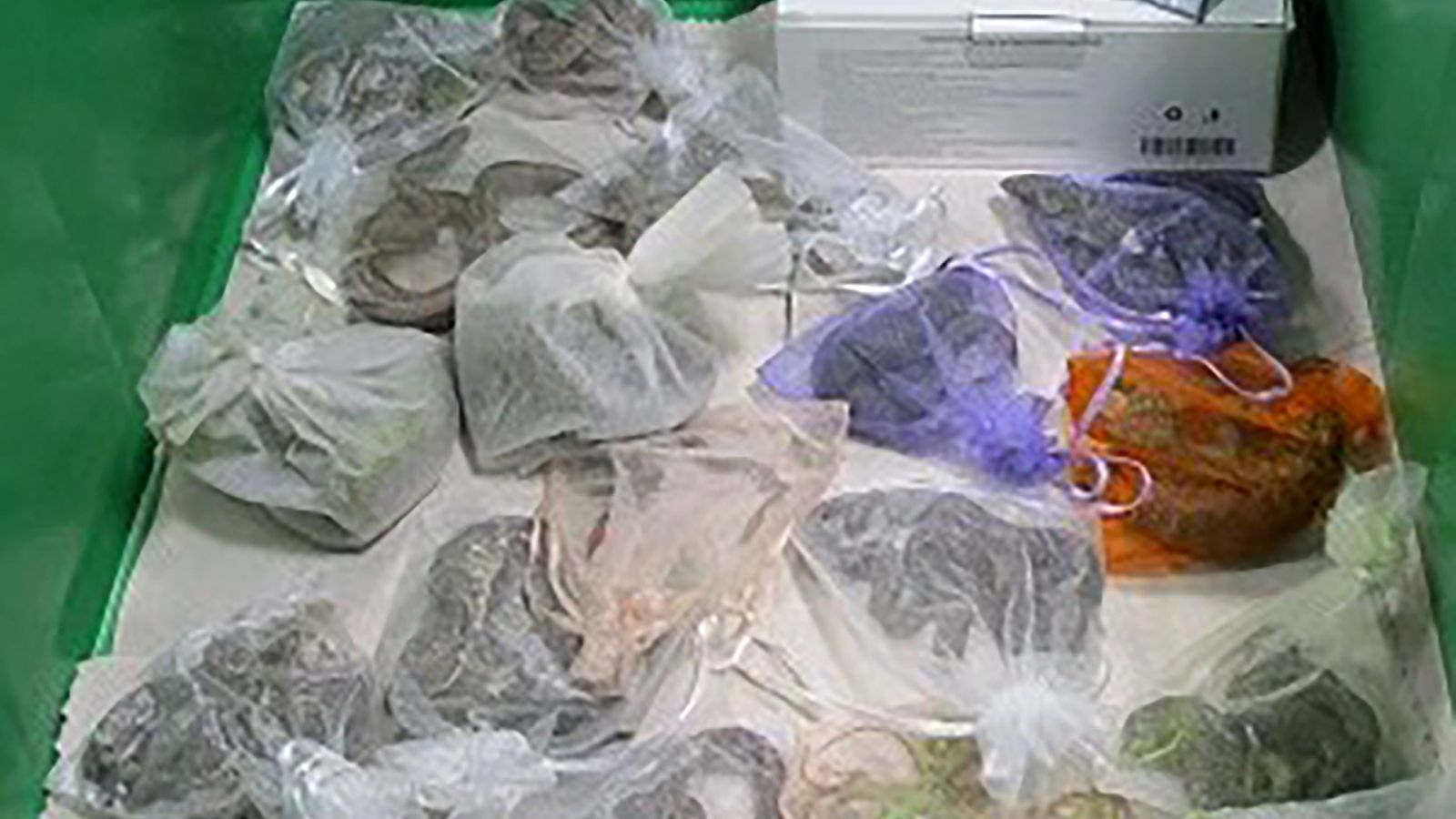 A 30-year-old man has been caught with 52 lizards and snakes in his clothes trying to get past US border agents in California.

Agents found the reptiles tied up in small bags concealed in the man’s jacket, pockets and groin area.

The reptiles found included nine snakes and 43 horned lizards, some of which are considered endangered, authorities said.

The truck driver, a US citizen, was arrested after he was pulled over for an additional inspection at the San Ysidro border crossing with Mexico on 25 February, US Customs and Border Protection (CBP) said.

Sidney Aki, customs and border protection director of field operations in San Diego, said the smuggler attempted to deceive officers to bring these animals to the US “without taking care for the health and safety of the animals”.

“Smugglers will try every possible way to try and get their product, or in this case live reptiles, across the border,” he added.