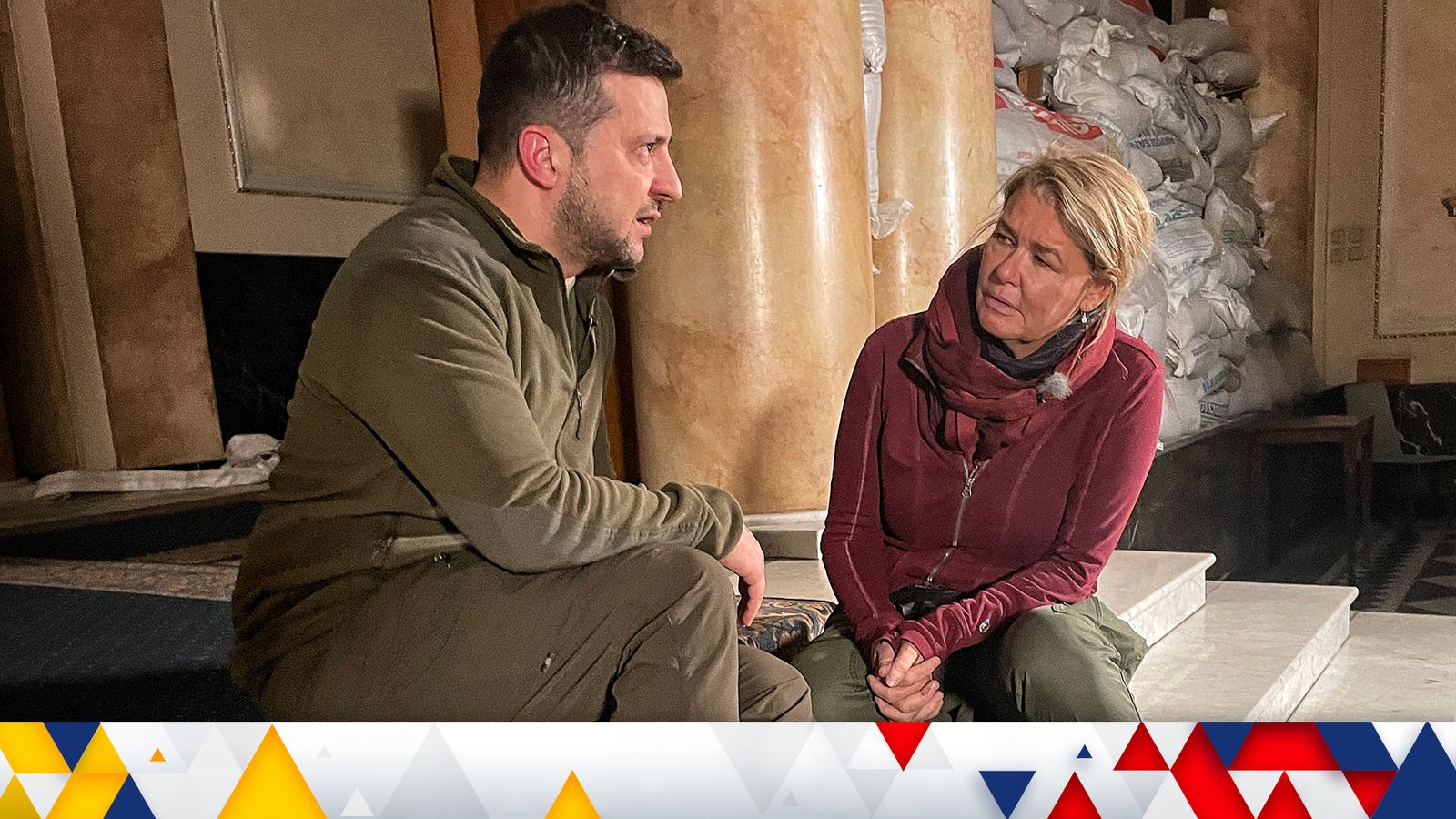 Ukraine’s president has told Sky News that his country cannot stop the war against Russia on its own and said nations must act now before it is “too late”.

Speaking to Sky News’ Alex Crawford inside the leader’s office in Ukraine’s capital city, Volodymyr Zelenskyy reiterated his call for the West to impose a no-fly zone.

He accused countries of being indecisive on the issue of “closing” the skies against what he called “the Nazis” – and said of Western nations: “You can’t decide to close or not to close… you can’t decide.

“If you are united against the Nazis and this terror, you have to close. Don’t wait for me ask you several times, a million times. Close the sky.”

“Close the sky and stop the bombing,” he said, appealing for the world to act faster.

Asked about Western concerns around the potential of a no-fly zone escalating the conflict, and bringing about a direct confrontation with Russia making it worse, he said: “Worse for whom? For our families? No… For them..? Who knows? Nobody knows. But we know that exactly that now is very bad. And in future it will be too late.

“Believe me, if it’s prolonged this way, you will see… they will close the sky but we will lose millions of people.”

He added: “The third world war will start and only then you will make a no-fly zone – but it will be too late.”

He said that Russian forces “can occupy us but you definitely can’t win”, saying Russian President Vladimir Putin was “going directly to hell”.

He said that NATO allies should not have to tell people in Ukraine who lost their children “sorry we didn’t do it yesterday , one week ago. We didn’t push Putin, we didn’t speak with him a lot, we didn’t find the dialogue with him. We did nothing and it’s true, yesterday the world did nothing… I’m sorry, but it’s true”.

Asked if he was prepared to make a deal with Mr Putin, he said that dialogue is always a compromise.

And speaking about whether he thinks staying in his role and remaining in the country was the right decision, he said he thinks it would be difficult for Ukraine to remain united in the face on the Russian onslaught.

“I think my decision was right,” he said. “Who knows. We will see in future.”

Speaking after days of siege in the southern city of Mariupol, Mr Zelenskyy said Russia is treating Ukrainians like animals by blocking access to basic necessities.