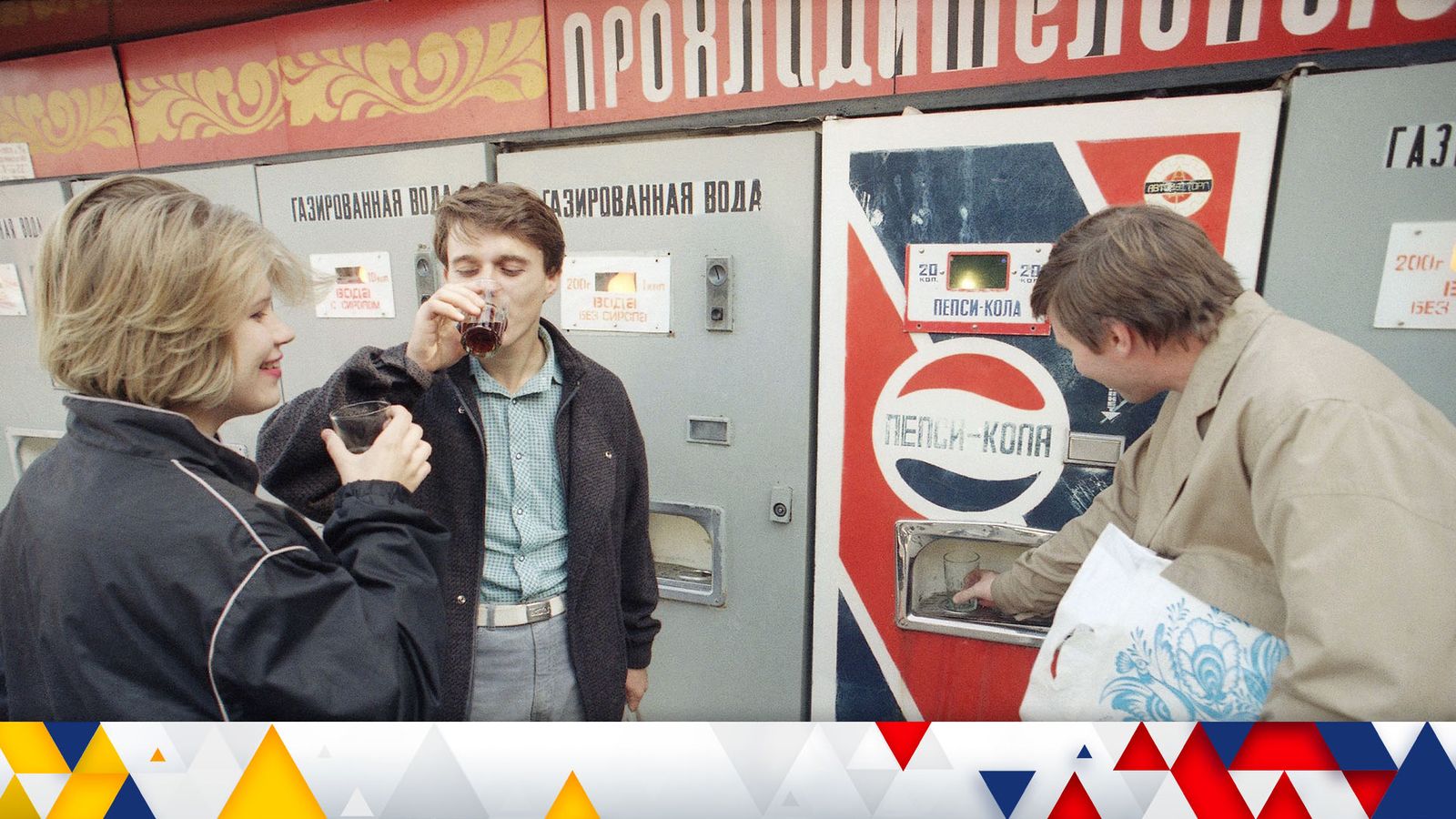 With Heineken and L’Oreal announcing the effective closure of their Russian operations today, the number of Western companies shunning the country continues to grow.

Unilever – the Magnum, Domestos and Dove consumer goods titan – has also called a halt on exports to the country.

The announcements in Europe came on the back of last night’s news that a host of big US names, including McDonalds, Coca-Cola, Starbucks, Yum Brands – the owner of KFC and Pizza Hut – and PepsiCo, are shutting up shop in Russia too.

Of these, perhaps the most symbolic of these is PepsiCo, for it was the very first Western brand to be produced and sold in the old Soviet Union.

The story of how Pepsi penetrated the Iron Curtain is fascinating and a tribute to the tenacity of Donald Kendall, a former bomber pilot in the US Navy, whose career at the company took him from a production line on a bottling plant just outside New York, and later driving a delivery truck, all the way to the boardroom.

It all started on 24 July 1959 at an American National Exhibition at Moscow’s Sokolniki Park that had been organised at the behest of the then president, Dwight Eisenhower, to showcase the attraction of American products.

Mr Kendall was there as director of Pepsi’s international operations.

Leading the push and being hosted by the then Soviet premier Nikita Khrushchev was the then vice president, Richard Nixon, an old friend of Mr Kendall.

Mr Kendall recalled to the New York Times in 1999: “I went to Nixon the night before, at the embassy, and told him I was in a lot of trouble at home because people thought I was wasting Pepsi’s money coming to a communist country.

“I told him that, somehow, I had to get a Pepsi in Khrushchev’s hand.”

The following day, it happened.

Noticing Khrushchev sweating, Nixon steered him towards Pepsi’s stand at the exhibition, in full view of the cameras.

Mr Kendall added: “I offered him some Pepsi-Cola made in the US and some made in Russia, as we brought carbonating machines with us.

“Khrushchev drank at least half a dozen cups of Pepsi, then turned to reporters and said the Pepsi-Cola made in Moscow was better than Pepsi made in the US.”

It was a publicity gift for Pepsi which, at the time, was using the advertising tagline “be sociable, have a Pepsi”.

Newspapers printed the photograph with headlines such as “Khrushchev learns to be sociable”.

So much did Khrushchev enjoy the drink that he asked Pepsi to bring it to the Soviet Union.

Unfortunately for both, events intervened, with US-Soviet relations deteriorating during the 1962 Cuban missile crisis which, ultimately, cost Khrushchev his position.

But Mr Kendall never gave up hope of tapping this huge market.

He kept up communications with Alexei Kosygin, who in 1964 had succeeded Khrushchev as chairman of the Council of Ministers of the Soviet Union, taking him on a tour of Pepsi’s plants in the US.

The upshot was that, in 1972, PepsiCo and the Soviet government signed an agreement under which the company would build 10 plants in the Soviet Union, including sites in Ukraine and Kazakhstan.

There was just one problem.

The rouble was, at the time, worthless outside the Soviet Union.

So PepsiCo agreed to take part in a barter agreement under which it was given a monopoly to import and sell Soviet-made Stolichnaya vodka in the US.

Mr Kendall recalled: “Even though the plant was an official Pepsi-Cola plant, we didn’t have much of a say in the decision making on its management, marketing and sales.

“Everything was run by the Soviets, and we could only check the quality of the product.”

In 1985, Pepsi’s 10-year monopoly in the Soviet Union came to an end and its deadly rival, Coca-Cola, was also admitted, although it took many years for it to catch up.

Such was Pepsi’s popularity in Soviet Union that, by the end of the 1980s, its vodka sales in the US had become insufficient to compensate the company.

Accordingly, in 1989, a bizarre $300m deal was struck with Mikhail Gorbachev under which – in return for opening more than 20 new plants in the Soviet Union – Pepsi would take delivery of 17 Russian submarines and three old warships – a cruiser, a destroyer and a frigate – that could be sold for scrap.

It meant that Pepsi was effectively, for a while, in charge of the sixth biggest navy in the world.

Mr Kendall joked at the time to Brent Scowcroft, the national security adviser to president George HW Bush: “We’re disarming the Soviet Union faster than you are.”

Sadly, for him, the deal fell apart when, the following year, so did the Soviet Union.

It was a moment of sadness for Mr Kendall, who argued all his life that Russians and Americans had more in common than either country would care to admit, but the story did not quite end there.

In 2004, he was awarded the Order of Friendship by Vladimir Putin, who told him: “You have always been a reliable commercial partner, but we also see you as a friend of our country, a man who loves and knows the culture and history of Russia.

“Your work helps to develop interaction between the people of Russia and the US, which is a major contribution to the development of modern relations.”

Mr Kendall, who died in September 2020 just six months short of his 100th birthday, would doubtless be heartbroken at recent events.

Why BA still appears to have a Heathrow problem
Adam Boulton on lessons to be learned from strikes past, present and what they mean for the future
NATO set to agree biggest defences overhaul since the Cold War – including expansion of 40,000 strong response force
Carly Fiorina gets personal discussing drugs
Tesla launches new virtual power plant that pays Powerwall owners to help end brownouts