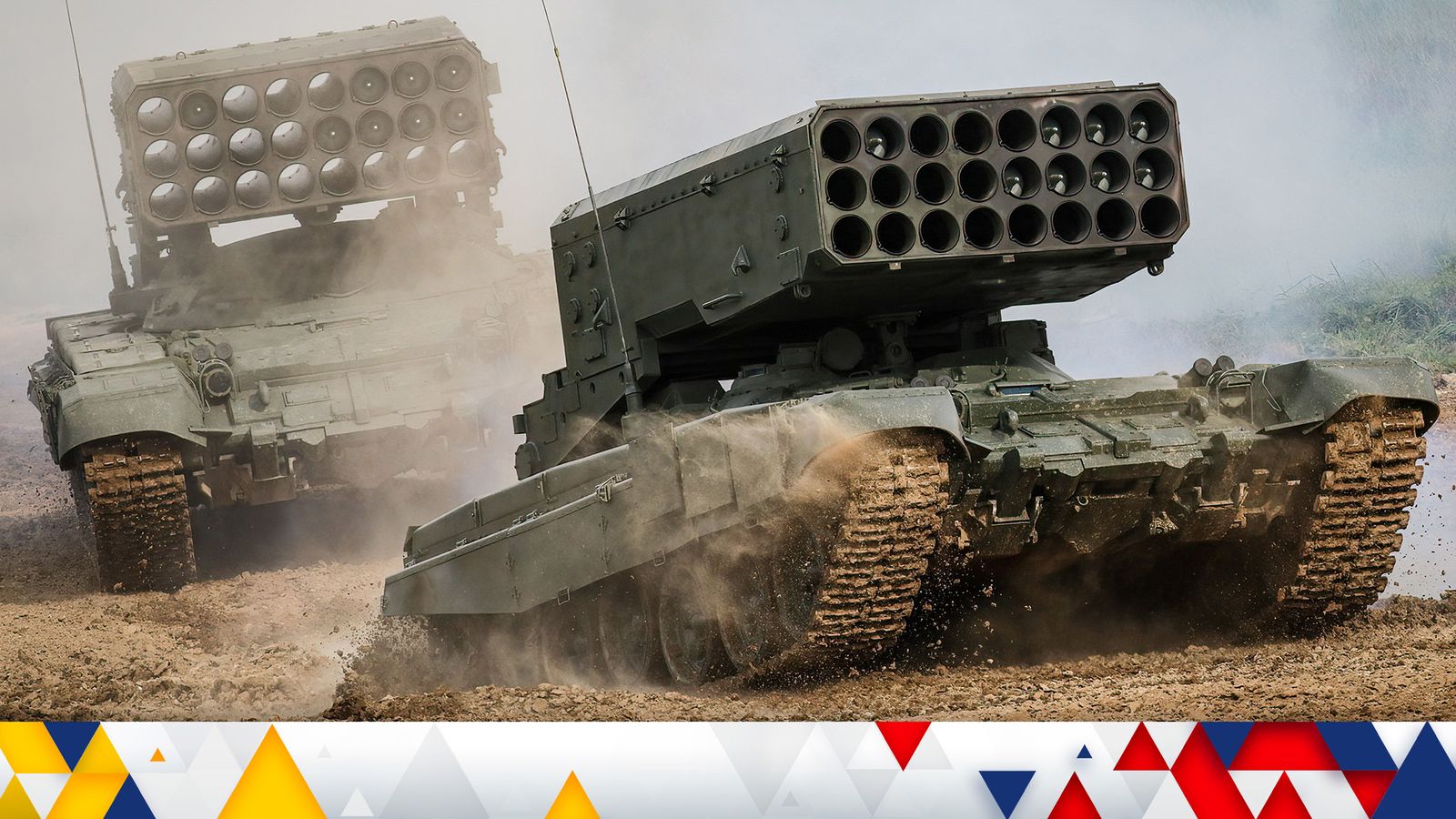 Russia has confirmed it has used thermobaric weapons in Ukraine, according to the UK’s Ministry of Defence.

It said its Russian counterpart said the TOS-1A weapon system had been deployed.

The Russian MoD has confirmed the use of the TOS-1A weapon system in Ukraine. The TOS-1A uses thermobaric rockets, creating incendiary and blast effects.

Watch the video below for more information about this weapon and its devastating impact.

Read more: What are cluster and vacuum bombs – and do they break international law?

Thermobaric weapons suck in oxygen from the surrounding air to generate a high-temperature explosion, typically producing a blast wave of a significantly longer duration than that of a conventional explosive.

They are capable of vaporising human bodies.

Last week, a Russian-language account on the Telegram messaging app identified what open-source analysts said appeared to be a Russian TOS-1A thermobaric multiple launch rocket system on a road between Kyiv and the town of Sumy.

It comes as Defence Secretary Ben Wallace has announced the UK government will send more weapons to Ukraine, including fresh supplies of anti-tank missiles.

He told MPs the UK has delivered 3,615 anti-tank (NLAW) weapons and will soon be supplying a “small consignment” of Javelin anti-tank missiles.

He said the Russians are “changing their tactics and so the Ukrainians need to too”, to help Ukraine forces tackle President Putin’s air force. 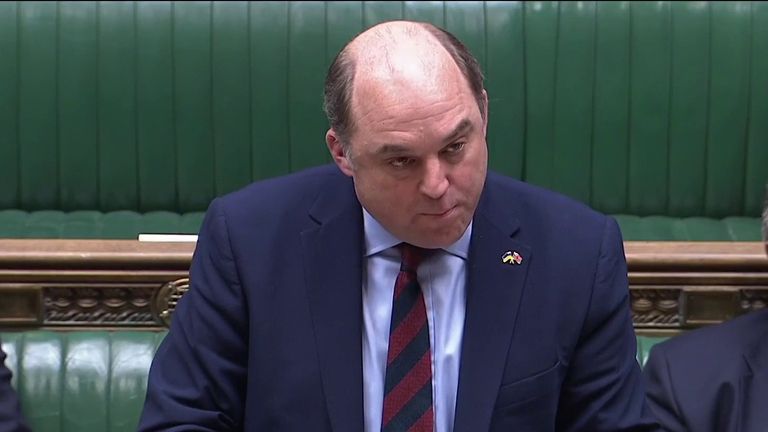 Mr Wallace also said the UK will soon be supplying a “small consignment” of Javelin anti-tank missiles and exploring the possibility of donating Starstreak anti-aircraft missiles to Ukraine.

Supplies of rations, medical equipment and other non-lethal military aid will also be increased, the defence secretary said.

‘Coming very soon!’: Jeremy Renner shares image of new show which will be out ‘as soon as I’m back on my feet’
‘He didn’t just break the law he broke my heart’: Navy veteran on George Santos
Tesla Model 3 refresh prototype spotted being tested
Alexandria Ocasio-Cortez slams GOP in House floor speech
Patriots owner reveals what Tom Brady told him when they met