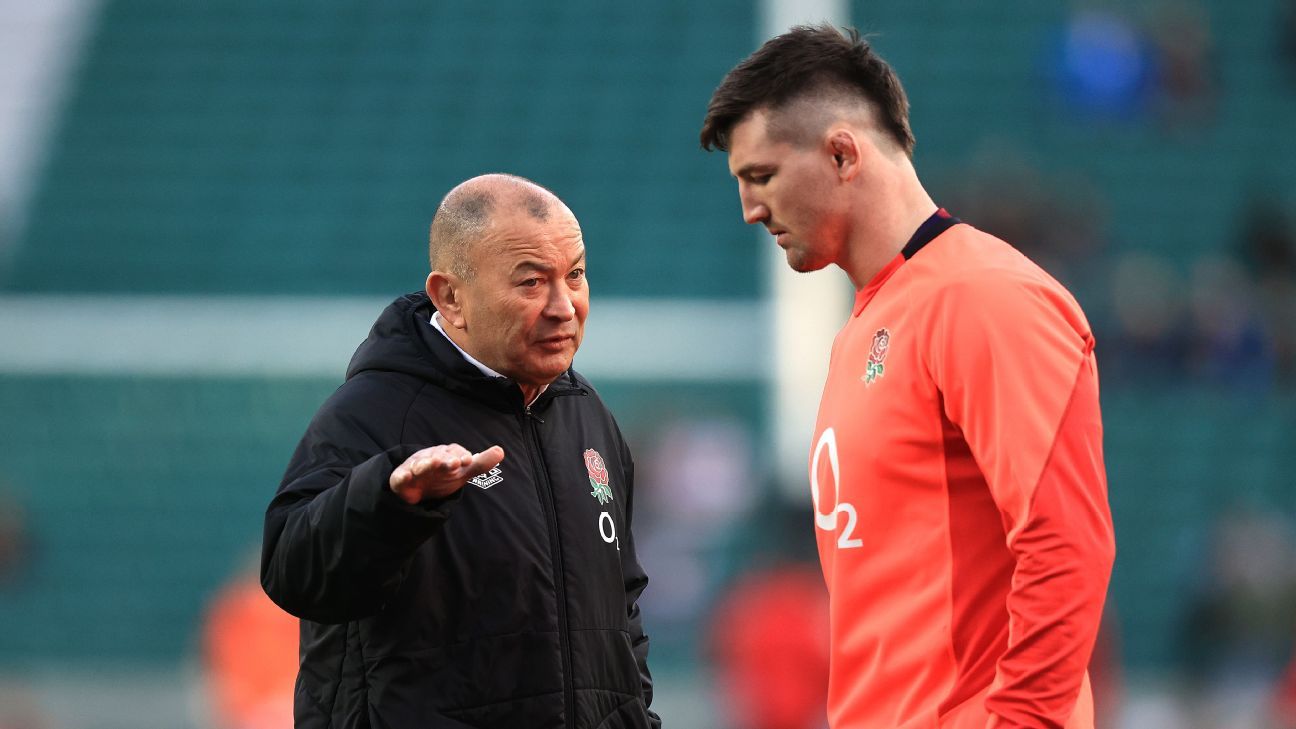 Tom Curry will feature at open-side flanker for England against Ireland in their must-win Six Nations encounter at Twickenham on Saturday, while No. 8 Alex Dombrandt is among the replacements after he tested positive for COVID-19 on Friday.

Coach Eddie Jones selected a pack he thinks can counter the Irish, who he called the “most cohesive side in the world right now.”

Curry completed his return to play protocols after suffering a concussion in the 23-19 victory over Wales last month and will form a back row with captain Courtney Lawes and Sam Simmonds.

Dombrandt has been a stand-out performer in the Six Nations so far but will start the game from the bench, alongside Joe Launchbury, who will end his 15-month absence from the side if he comes on.

Props Ellis Genge and Kyle Sinckler make up the front row alongside hooker Jamie George, while Maro Itoje and Charlie Ewels are the lock pairing.

The competition’s leading points-scorer Marcus Smith continues in the fly-half berth, while Harry Randall is his half-back partner, and Joe Marchant and Henry Slade make up the midfield.

The back three includes wings Jack Nowell and Max Malins, while Freddie Steward wears the No. 15 jersey.

“We’ve been looking at this game as a semifinal,” Jones said in a statement from the Rugby Football Union. “Ireland are the most cohesive side in the world right now and it will be a good test this weekend.

“We’ve prepared really well for this game. We did some good team togetherness work in Bristol and had a solid week of training on the pitch.”

England must win to set up a Six Nations decider against France in Paris on March 19.

Meanwhile, Ireland captain Johnny Sexton was among the players to return to the starting lineup to face England at the weekend when coach Andy Farrell named his team on Thursday.

Sexton, who announced this week that he will retire after next year’s World Cup, missed Ireland’s only loss of the tournament so far to France through injury and returned as a replacement in the 57-6 thrashing of Italy last time out.

Ireland trail France by three points while England, the only other team with two victories, are four points behind the leaders.

“It’s a massive challenge for us this weekend,” Ireland Farrell told a news conference ahead of Saturday’s match. “We’ve got to prove to ourselves that there’s a performance in there from us that’s a step above what we’ve shown already.”

Farrell opted to restore Bundee Aki to the midfield ahead of Robbie Henshaw, who he said was still suffering from a lack of game time. Andrew Conway and Hugo Keenan return to the back three alongside James Lowe who is retained from the Italy game.

With injured prop Andrew Porter joining fellow front rower Ronan Kelleher on the sidelines for the rest of the tournament, Cian Healy will start his first game of this year’s Six Nations to win his 115th cap.

Farrell also praised Peter O’Mahony’s form and leadership qualities after he retained his place in the backrow ahead of Jack Conan, who is among the replacements again after the starting the first two games.

“It’s always difficult when you’ve got a good squad, some tough decisions, but we feel the balance of the team is good one… And obviously you look at our bench, we’ve got an experienced bench and an explosive bench,” Farrell said.

‘Tattoos are not clothing’: Qatar issues rules for visiting fans
Journalists who helped bring down Weinstein ‘flabbergasted’ to see their work turned into film
Haberman reveals Trump’s private reaction to election
Scotland will find another way to independence, Sturgeon vows
Here’s how you can maximize your Ford F-150 Lightning range this winter