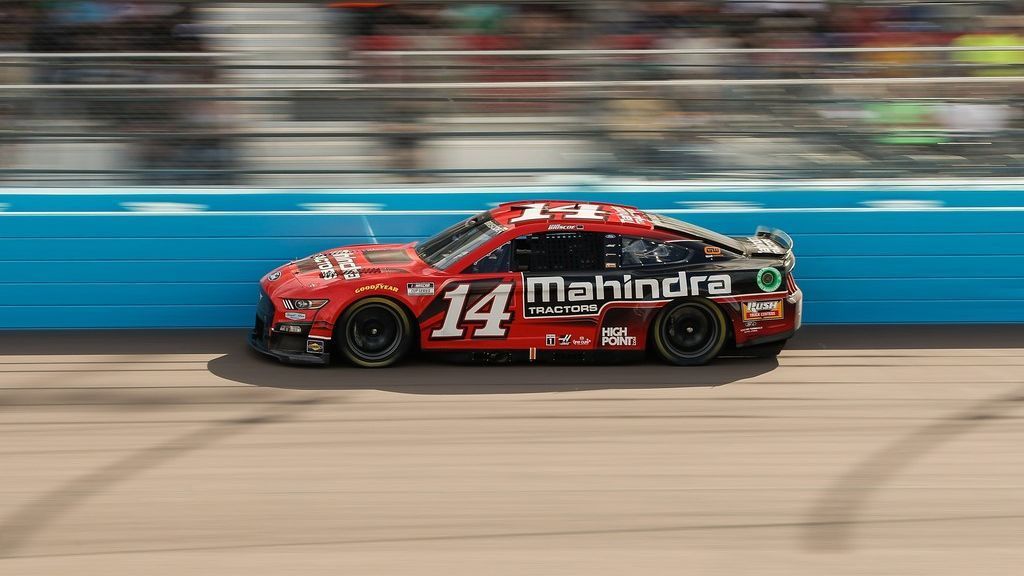 AVONDALE, Ariz. — Chase Briscoe jumped out of his car and was obviously emotional, kneeling by his No. 14 for a few seconds before a couple of voice cracks during his postrace television interview.

Briscoe channeled some of Stewart’s late-race moxie during an intense battle between three drivers who had never won in the Cup Series. It’s more evidence of the parity across the series in the Next Gen cars, with four drivers winning the first four races this season.

Chastain and Reddick — both driving Chevrolets — made things interesting over the final laps, but Briscoe’s Ford was simply too strong. On the final restart with four laps left, the 27-year-old Briscoe started on the inside, dipped low on the dogleg apron, and was able to hold off the rest of the field.

Briscoe was one of the top drivers in the Xfinity Series in 2019 and 2020 before getting the invitation from Stewart-Haas Racing to take over the No. 14. He had just three top-10s as a rookie and finished 23rd in the season standings.

But he got off to a good start this season with a third-place finish at Daytona in February.

“You get humbled really quickly in the Cup Series and learn just how good everybody is,” Briscoe said. “These guys, even who are running 30th, are some of the best race car drivers in the world. You learn really quickly you’ve got to go to work and figure it out.”

Briscoe — who said Phoenix was one of his least favorite tracks before his Sunday success — acknowledged there were some white-knuckle moments late, especially on the restarts.

Even though he didn’t get the win, it was a breakthrough for Chastain’s TrackHouse Racing team. Chastain credited crew chief Phil Surgen for providing him with a car that was comfortable running up front.

“He gave me exactly what I needed,” Chastain said. “We came up one spot short. But I’m so happy.”

Reddick has been among the fastest drivers in the Cup Series all season but fell just short of his first win. He battled leg numbness in the Next Gen car over the first few weeks but didn’t appear to have any problems Sunday. He has had two straight top-10 finishes after finishing seventh at Las Vegas last week.

Ryan Blaney started on the pole and dominated the first half of the race, winning the second stage after leading 138 of the first 185 laps. He settled for fourth. Kurt Busch was fifth.

Kyle Larson won the series championship last year after a fall victory at Phoenix, but engine trouble ended his day early. He finished 34th. It was the end of a frustrating day for Larson, who qualified seventh but had to move to the rear of the starting grid because of unapproved steering wheel changes.

One of the hot topics before the race was how much drivers would use the 110-foot-wide apron on Phoenix Raceway’s dogleg turn.

Most said they would wait to see how others fared with the Next Gen car. The waiting didn’t take long: Kyle Busch plunged down onto the apron on the opening few laps, picking up some spots in the process. From that point forward, it was business as usual with several cars on the apron, particularly on restarts.

Tony Stewart’s team not only won a Cup Series race on Sunday, but also was victorious in drag racing.

“He was pretty excited,” Briscoe said. “You could hear dragsters going off in the background. I just told him, ‘Thank you.'”

Veteran Kevin Harvick — who has won nine times in Phoenix — couldn’t find Victory Lane Sunday. But he did finish in sixth place, which was his 18th straight top-10 at the track.

That tied Richard Petty and Dale Earnhardt for the most top-10s in a row at one track.

‘Feminists can’t tell us what to do with our bodies’: Sex workers fight council strip club ban
When parents become strangers: How QAnon is tearing families apart
King asks parliament to appoint new deputies in place of Andrew and Harry
Christmas travel warning as road workers to strike at same time as rail walkouts
More than 10,000 ambulance workers in England and Wales to strike on two days in December