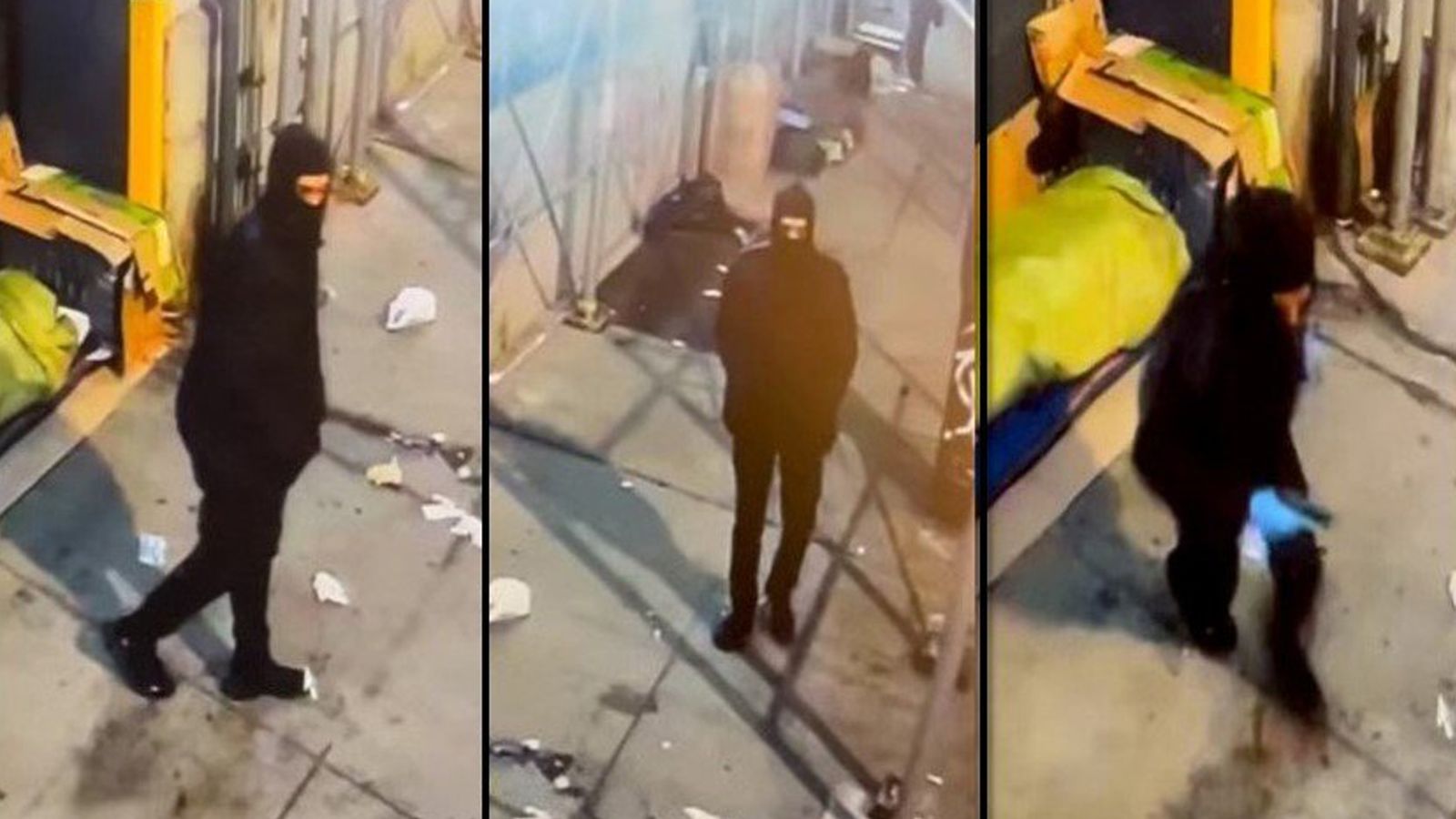 A man is being sought by officials in New York and Washington DC, in connection with the murders of two homeless people.

The man is thought to have attacked several people sleeping on the streets, killing two and injuring three others, police said.

District of Columbia police said on Sunday they are working with the New York Police Department to find the man, who fatally shot and stabbed a man on Wednesday in the capital and killed another man in New York on Saturday.

🚨WANTED for SHOOTING: Today, between 4:36 am & 6:00 am, in the confines of the @NYPD1pct and @NYPD5pct, the suspect approached two homeless individuals on the street and shot both of them, killing one individual. NYPD executives will provide an update live at 9:30 PM pic.twitter.com/JwoaWnKrzd

The suspect shot and injured two other homeless people earlier in March in Washington and one other person in New York, officials said.

Police believe the attacks were committed by the same person because the shootings and evidence from the scenes were similar.

The victims were attacked without provocation, police added.

In Washington DC, the first attack happened on 3 March at 4am and the victim survived.

Another man survived a shooting on 8 March and the next day a body was found when police spotted a tent fire, according to the joint police statement.

The first shooting in New York happened at around 4.30am on Saturday and left the man wounded.

Another shooting is believed to have taken place at around 6am, but the victim wasn’t found until Saturday evening when someone reported a man on the streets with gunshot wounds, the police departments said.

He was pronounced dead at the scene, police added.

None of the victims’ identities were revealed.

The NYPD is offered a $10,000 reward for anyone who helps find the suspect.

“This is an intentional murder,” New York City’s Mayor Eric Adams said in a press conference.

“This individual approached the two men, one at a time, you see him looking around making sure no one was around, kicking the homeless person, making sure they were not asleep, and just assassinated them.

“The case is a clear and horrific intentional act of taking the life of someone, it appears because he was homeless.

The attacks are similar to the murders of four homeless men as they slept on the streets in New York’s Chinatown in 2019.

Randy Santos, another homeless man, has pleaded not guilty to those attacks.

Nadhim Zahawi sacked as Tory chairman over tax affairs row
Base interest rates up to 4% but Bank of England’s language on economy shifts
Alec Baldwin to make first court appearance over fatal Rust shooting this month
Simpsons episode where Homer goes on strike shown by Channel 4 on ‘Walkout Wednesday’
Nissan unveils convertible EV concept, a category it should’ve been producing a decade ago