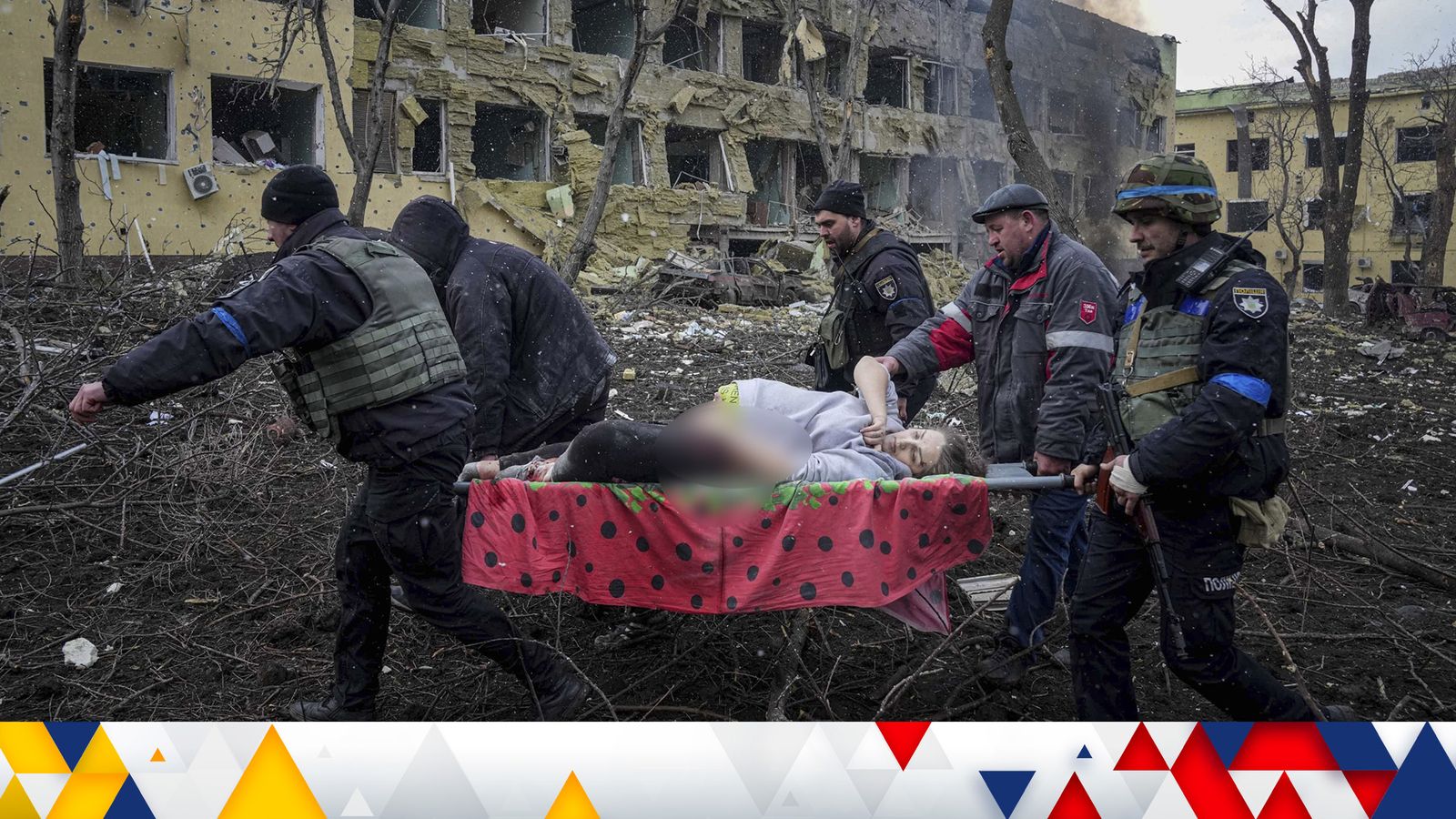 A pregnant woman who was pictured being evacuated from a bombed maternity hospital in the Ukrainian city of Mariupol has died along with her baby.

She was rushed to another hospital following the Russian attack last week, the AP news agency reported.

As doctors tried to save her – and realising she was losing her baby – she is said to have cried out: “Kill me now!”

Her hip was crushed and her pelvis detached, surgeon Timur Marin discovered.

The infant was delivered via caesarean section but showed “no signs of life,” the surgeon added.

Focusing on the woman, “more than 30 minutes of resuscitation of the mother didn’t produce results”.

“Both died,” the surgeon said.

Following the bombing, Russia denied it had launched strikes on a hospital in the port city. Its ambassador to the UN, and its ambassador in London, said images of the atrocity were “fake news”.

Moscow claimed the building had been taken over by Ukrainian extremists and that no patients or doctors were left inside.

Another woman who was in the building at time, beauty blogger Mariana Vishegirskaya, said “glasses, frames, windows and walls flew apart” when the attack began.

“We don’t know how it happened. We were in our wards and some had time to cover themselves, some didn’t,” she added.

Ms Vishegirskaya gave birth to a healthy baby girl, Veronika, the day after.

Operating theatres are being powered by emergency generators – in a city which has been without water, heat and food for more than a week.

Nurse Olga Vereshagina said one of the distraught mothers lost some of her toes in the bombing.

“All birthing mothers have lived through so much,” she said.

Google is asking employees to test potential ChatGPT competitors, including a chatbot called ‘Apprentice Bard’
Nadhim Zahawi sacked as Tory chairman over tax affairs row
A vital EV battery nickel product will be made in the US for the first time
China denies US spy balloon claims and insists it always ‘abides by international law’
More than 13,000 Nigerian residents take Shell to court over oil spills