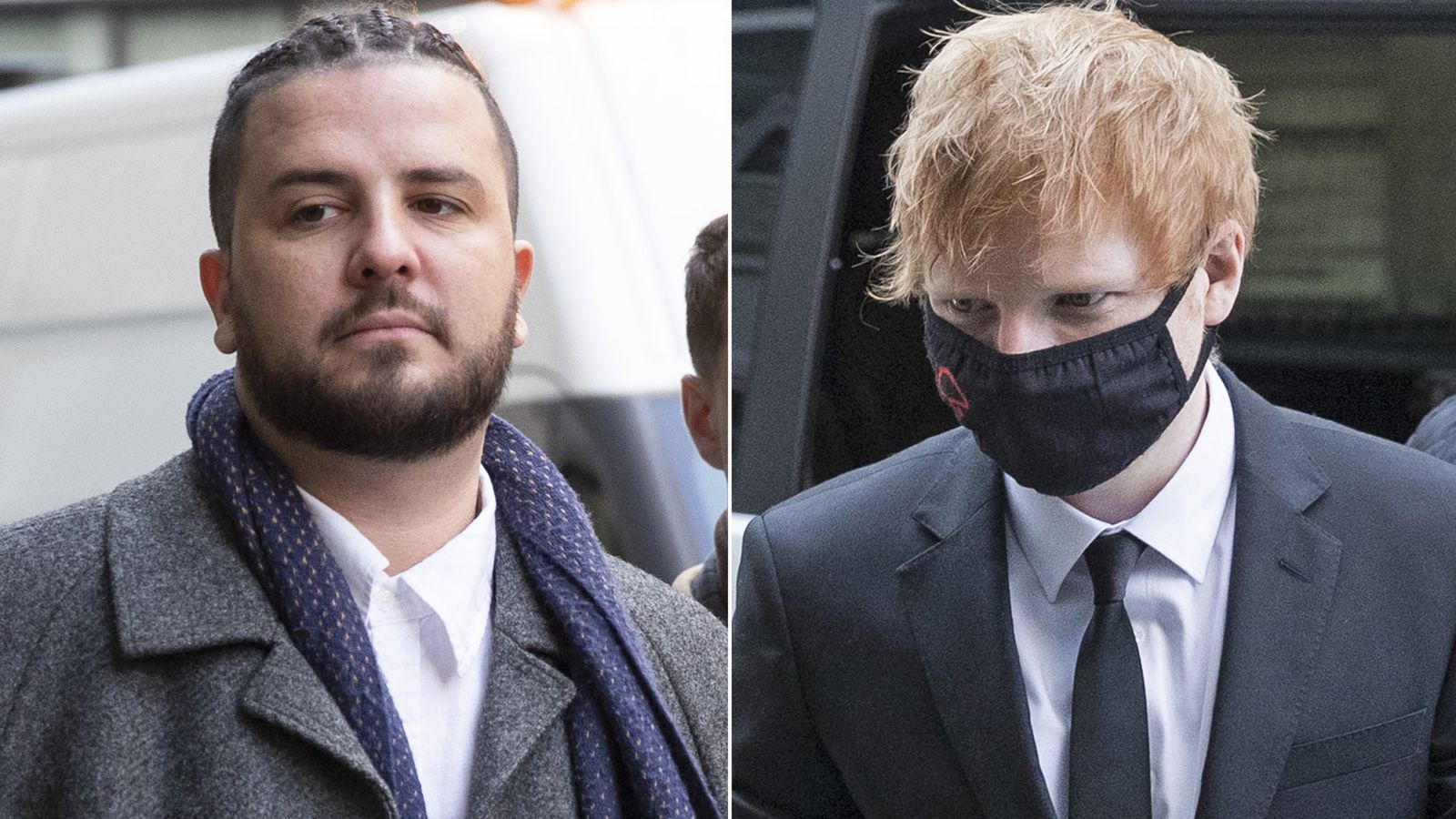 The promoters of the artist who has accused Ed Sheeran of stealing part of one of his songs say there was a “concerted plan” to get the Shape Of You singer to engage with him, the High Court has heard.

Sheeran, and his co-songwriters Johnny McDaid and Steve Mac, who were cross-examined in court during the first week of the copyright trial deny any wrongdoing.

Artists and Company, the firm that used to manage Chokri, has said a “huge effort” was made to engage with Sheeran and bring the track Oh Why to his attention.

David May, one of the directors for the company said in written evidence that they felt “cheated” and “upset” by Sheeran’s alleged “blatant copying” of his track in Shape Of You.

Mr May also said there had been a “a concerted plan to target Ed Sheeran in the hope of engaging his interest in Sami’s work”.

“We did not target any other artist in the same way,” he said, adding the company “began to press harder as we thought we had a strong song and a body of work close to completion in the form of the EP Solace”.

Mr May continued: “We felt that, if Ed Sheeran could see Sami’s work, he would recognise his talent.

“We saw this as a real possibility because of the connections that we had, and Sami had, to his circle.

“As in many other walks of life, who you know is as significant as what you know.

“We knew Ed Sheeran helped people with this and that he liked to collaborate with artists like Sami.”

Mr May said that those who were targeted included the late Jamal Edwards, Jack Roche from the band Rixton, and senior people at Sheeran’s published – both of whom denied hearing Oh Why.

A&C director Timothy Bowen said in a written statement that the firm was given “short shrift” by Sheeran’s representatives when it came to engaging with them on details about how Shape Of You came to be were not “forthcoming”, saying:

“The more we tried to obtain this information – which should have been readily available – the more they told us to, in effect, ‘get lost’. The more they treated us this way the more cheated we felt.”

David Gibbs, another former director at A&C, said in written evidence that he was the “main person” in charge of making “as much noise as possible” about Chokri’s track.

“We wanted to bombard as many people as possible to promote the song. It was a quality and quantity of people approach. It was a focus on raising awareness,” he said.

“Thirty or more” meetings with record labels and publishers were had, Mr Gibbs said, adding that social media was used, and emails to online blogs were sent to promote the track.

There was a plan to “email and contact Ed Sheeran’s team, to target the relevant people and then introduce them to the music of Sami”, he added.

Sheeran has previously said he is in court to “clear my name” and denies starting legal action to intimidate the two songwriters.

Sheeran and his co-writers began legal proceedings in May 2018, asking the High Court to declare they had not infringed Mr Chokri and Mr O’Donoghue’s copyright.

In July 2018, Mr Chokri and Mr O’Donoghue issued their own claim for “copyright infringement, damages and an account of profits in relation to the alleged infringement”.

The trial – which being overseen by Mr Justice Zacaroli and is set to last three weeks – continues.