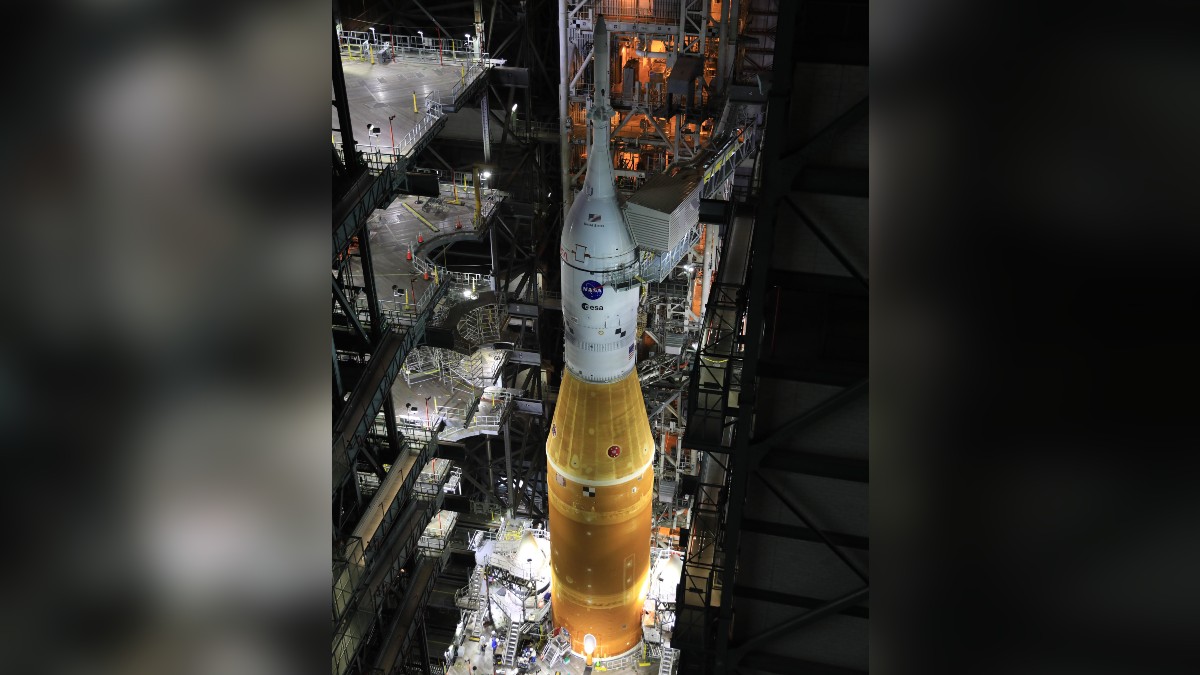 NASA is set to roll out its Space Launch System (SLS), which will take humans to the Moon, Mars, and beyond, into the public view for the first time on Thursday. The system has been under development for over a decade and is beset by delays and mounting costs. However, the agency hopes once it is launched successfully, it will make up for the delays in its development. The Space Launch System (SLS) comprises two parts: the super-heavy rocket and the Orion spacecraft. Both these parts will roll out to the launchpad for “wet dress rehearsal” at the Kennedy Space Centre in Florida in a complex operation likely to take 11 hours.

After rolling out SLS, the agency will conduct a number of tests to validate its readiness, including software and equipment. Following this, it will conduct the final pre-launch tests, called the “wet dress rehearsal”, during which the system will be loaded with its propellant tanks. NASA is building the rocket for its Artemis mission, which will land astronauts on the moon after half a decade – and for taking humans to Mars and beyond.

Artemis launch director Charlie Blackwell-Thompson has said the wet dress could take place on April 3, if the rollout on Thursday progresses without a hitch, according to a report in TechCrunch.

The work on SLS began after Congress directed NASA in 2010 to develop it to replace the Space Shuttle, the agency’s original workhorse. But the project has been marred by several delays, including due to technical issues. Artemis I was originally scheduled to take off in November last year. A month before launch, NASA said it had moved the timeline and was now targeting mid-February to launch Artemis I. It has again pushed the date.

The project also faces issues of cost overruns. Earlier this month, a NASA auditor reported that the operational expenses for the first four Artemis missions will total $4.1 billion (roughly Rs. 31,336 crore) each and the cost of constructing a single SLS accounts for $2.2 billion (roughly Rs. 16,813 crore).

On the other hand, Elon Musk’s SpaceX is building a super-heavy rocket that is fully reusable and thus would cost less than $10 million (roughly Rs. 76 crore) per launch within the next few years.