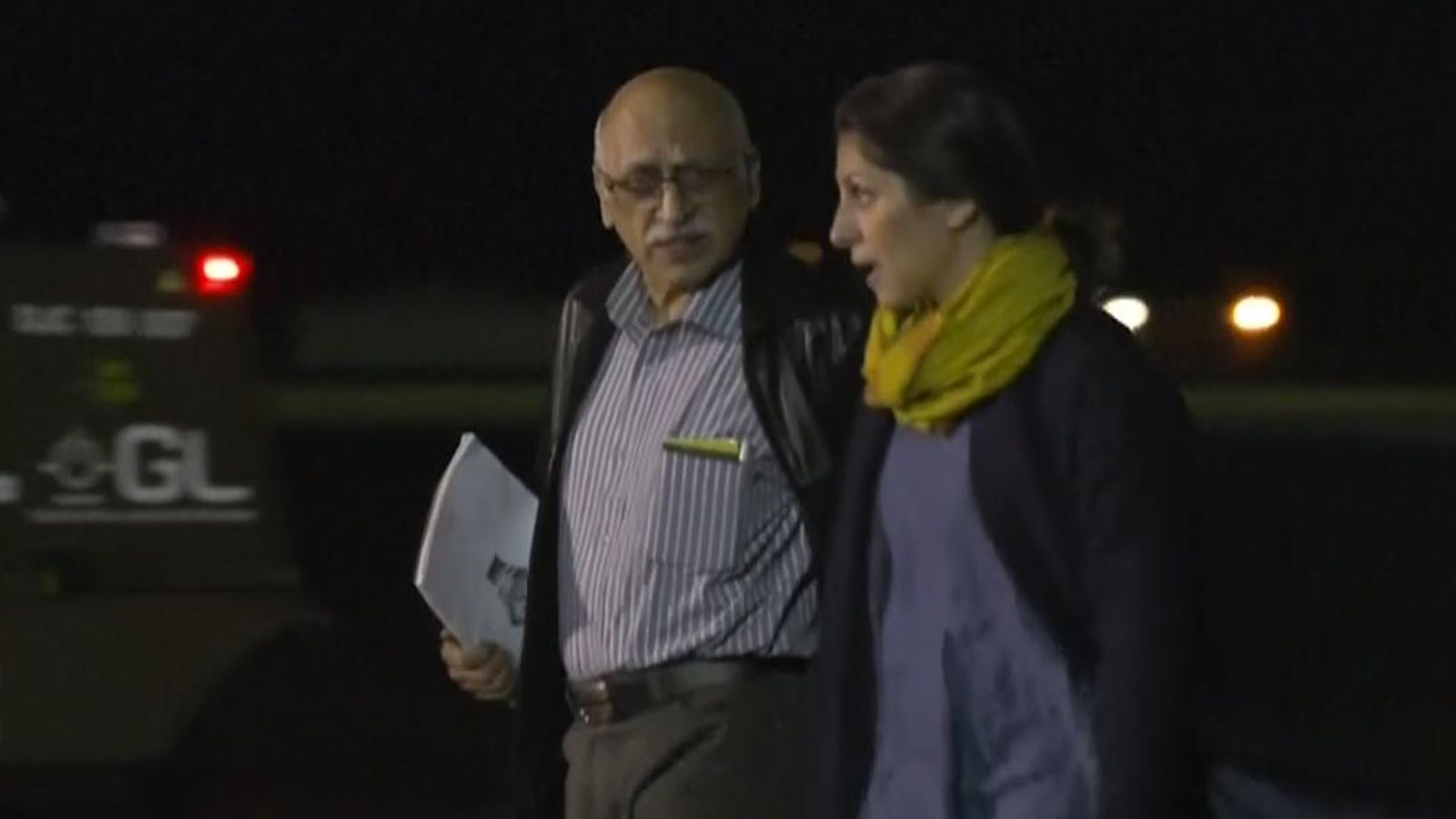 Nazanin Zaghari-Ratcliffe and Anoosheh Ashoori have arrived in the UK, touching down at RAF Brize Norton at 1:08am.

Mrs Zaghari-Ratcliffe spent six years detained in Iran after being accused of plotting to overthrow the government – but will now be reunited with her husband and seven-year-old daughter.

Also on the plane was Anoosheh Ashoori, who had been held in Iran since 2017 on spying charges.

The pair walked down the plane’s steps together about 15 minutes after landing, with both giving a wave as they walked again on British soil.

Live updates – Britons imprisoned in Iran finally back in UK

Long-running efforts to free them paid off yesterday when Foreign Secretary Liz Truss confirmed they were heading home.

The breakthrough came after Britain paid £393.8m to settle a debt related to a tank order placed by Iran in the late 1970s.

Mrs Zaghari-Ratcliffe denied Iran’s allegations and her husband Richard fought a high-profile campaign to free her, which included a hunger strike.

The Britons flew into the UK via a stop in Oman, where the country’s foreign minister posted a picture of the pair getting off the plane.