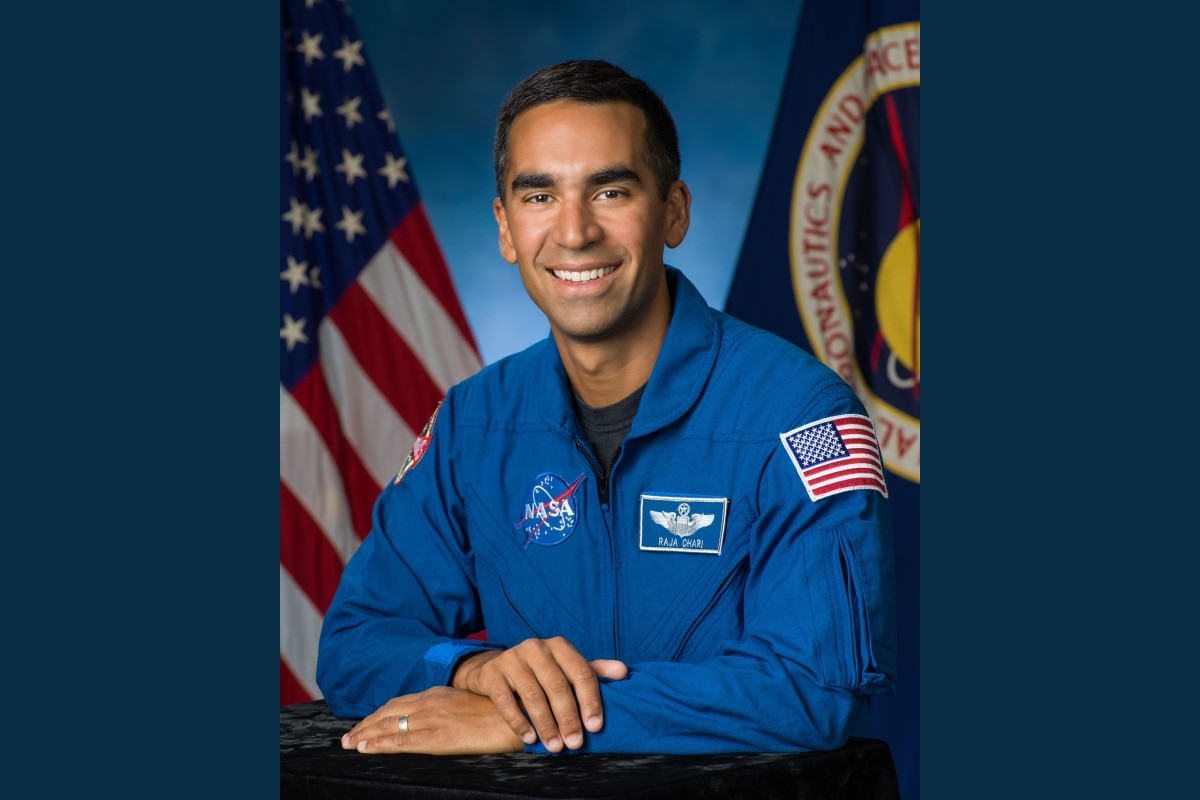 An Indian-American astronaut and one of his colleagues have conducted a spacewalk to work on the International Space Station (ISS), whose services have been extended till 2030. Raja Chari, the commander of the SpaceX crew currently docked at the ISS, and flight engineer Kayla Barron walked out of the safety of the space station’s airlock and remained in the vacuum of space for nearly 6.5 hours. For Chari, this was his first spacewalk. He had served as a colonel for the US Air Force and has accumulated more than 2,500 hours of flight time during his career.

Chari was picked to be an astronaut in 2017. He was born in Milwaukee, Wisconsin, US, and grew up in Cedar Falls, Iowa. He is married to Cedar Falls native Holly Schaffter Chari, with whom he has three children.

According to Chari’s biography on the NASA website, he graduated from Columbus High School in Waterloo, Iowa. From the US Air Force Academy in Colorado, he received a bachelor’s degree in Astronautical Engineering. He was awarded a master’s degree in Aeronautics and Astronautics from the Massachusetts Institute of Technology in Cambridge, Massachusetts.

He is now the commander of NASA’s SpaceX Crew-3 mission to the International Space Station, which launched in November 2021.

Chari’s grandfather, a resident of Mahabubnagar in Telangana, was a Mathematics professor at Osmania University, Hyderabad. His father, Sreenivas Chari, had studied engineering at the same university and later moved to the US. The astronaut has visited Hyderabad a few times, where his relatives live.

NASA shared a series of tweets with photos and short clips of the spacewalk as and when it happened.

The first tweet marked the “official start of today’s spacewalk”.

Spacewalk underway: @NASA_Astronauts Kayla Barron and Raja Chari set their spacesuits to battery power at 8:12am ET, marking the official start of today’s spacewalk. Next, they’ll exit the @Space_Station‘s Quest airlock and head to the first worksite: pic.twitter.com/qSlSP9Sxi7

The third tweet was a 10-second clip, which NASA captioned, “Up above the world so high.”

POV: Up above the world so high. ???? pic.twitter.com/DgzVhOeGgj

After the spacewalk was complete, NASA shared a photo and captioned it, “It was Barron’s second venture into the vacuum of space, and Chari’s first.”

Chari is also a member of NASA’s Artemis team and could be among the astronauts who would land on the Moon in half a decade. Under Artemis, NASA also aims to send astronauts to Mars and beyond.

Russia threatens Lithuania over blocking Kaliningrad
Quick Charge Podcast: June 28, 2022
Is it better to buy or lease an electric vehicle?
Travis Barker rushed to hospital in Los Angeles, according to reports
Stars Janelle Monae and Taraji Henson hit out at Supreme Court during BET awards