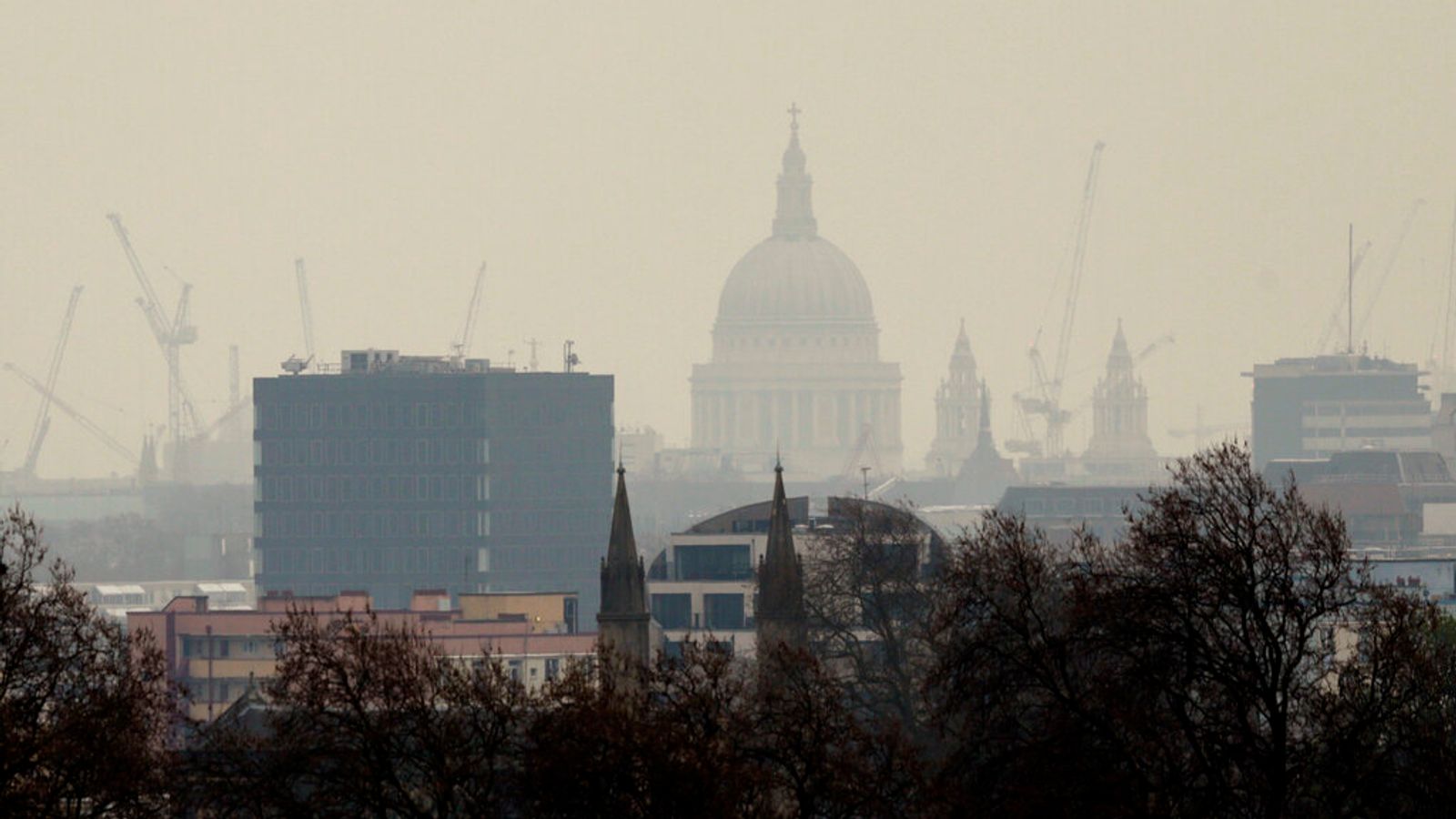 Legal targets for air pollution and the abundance of wild species are among proposals being set out by the government.

The proposals include annual targets for average concentrations of fine particulate matter – air pollution that can affect lung function and worsen conditions such as asthma and heart disease.

Air pollution was recorded as a cause of death for the first time in the UK in 2020 in the case of nine-year-old Ella Kissi-Debrah, who died following a fatal asthma attack.

Nature recovery is also part of the plans and could see a new classification system for habitats.

The UK has been called one of the most nature-depleted countries, and the government has committed to protect 30% of land by 2030 to support wildlife recovery

A “wildbelt” designation to protect land that’s being restored has been suggested by The Wildlife Trusts charity.

The government proposals will go out for an eight-week consultation and are part of obligations under the post-Brexit Environment Act.

“We are setting out today a new approach to restoring our natural world, including improved protections for habitats and new long-term legally binding environment targets,” said Environment Minister Rebecca Pow.

“EU directives have not done enough to halt the decline of nature,” she added.

“They have led to our experts being stewards for a process, rather than stewards of the environment. We now have the freedom to do things better.”

Greenpeace UK’s head of politics, Rebecca Newsom, said: “This is Boris Johnson’s chance to confirm robust plans that will deliver on the government’s promise to fully or highly protect at least 30% of England’s land and seas by 2030, and to take truly radical action to stem the torrent of plastic entering our natural world.

“These announcements must include solid targets to reduce single-use plastic by 50% by 2025 and ban industrial fishing in the UK’s marine-protected areas as a matter of urgency.”

Inside the conclave: How it works
‘I was sad for the institution’: Nancy Pelosi speaks out about McCarthy speaker vote
IEA chief expects Russia to lose the energy battle, sees major difficulties for Moscow’s exports
Chancellor’s ‘Britain needs you’ plea to the retired may be a tall order
Speakers call for overhaul of All-Party Parliamentary Groups