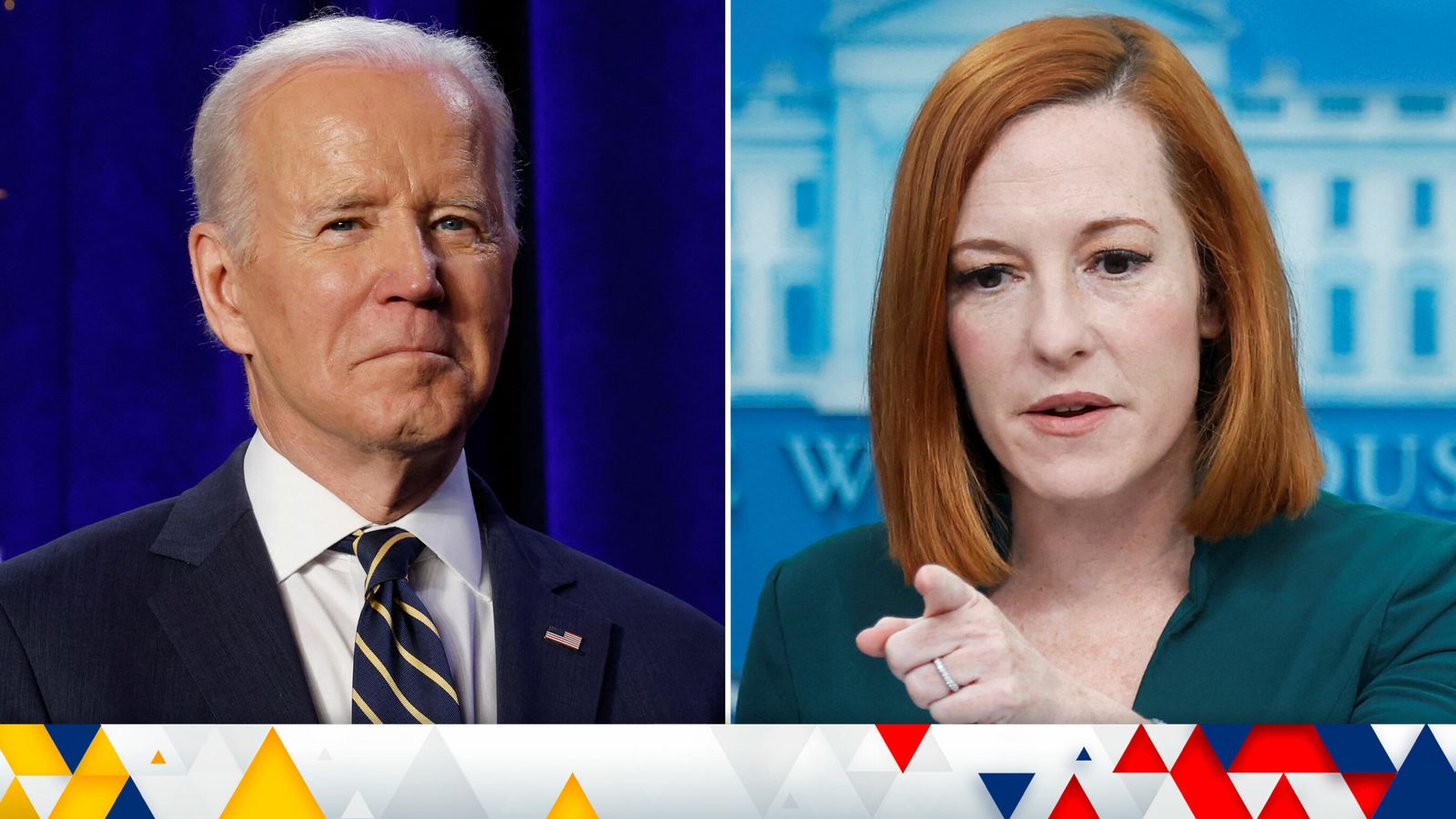 The White House has mocked Russian sanctions imposed on senior US individuals, quipping that nobody was planning a holiday to Moscow and suggesting Vladimir Putin’s regime had targeted the wrong Joe Biden.

President Biden was banned from entering Russia in response to the sanctions imposed against the country after the invasion of Ukraine.

Addressing reporters at a White House press briefing on Tuesday, press secretary Jen Psaki was asked what impact the sanctions from Russia would have.

In a slightly tongue-in-cheek response, she said: “I’d first note that President Biden is a junior so they may have sanctioned his dad, may he rest in peace.

“The second piece I would say is that it won’t surprise any of you that none of us are planning tourist trips to Russia, none of us have bank accounts that we won’t be able to access, so we will forge ahead.”

Mr Biden has not visited Russia since 2011, when he was vice president to Barack Obama. His trip to Moscow included talks with Russian President Vladimir Putin.

Meanwhile, Mrs Clinton appeared to laugh off the impact of the sanctions against her on Twitter.

She tweeted: “I want to thank the Russian Academy for this Lifetime Achievement Award.”

Russia’s foreign ministry said it would still maintain official relations with Washington and make high-level contact with those on its list if necessary.

It became the world’s most sanctioned country after its invasion of Ukraine, and UK Foreign Secretary Liz Truss has vowed to keep increasing the pressure on the Putin regime.

Since the Ukraine war began, the UK has sanctioned more than 1,000 of Russia and Belarus’ most significant and high-value individuals, entities, and subsidiaries.