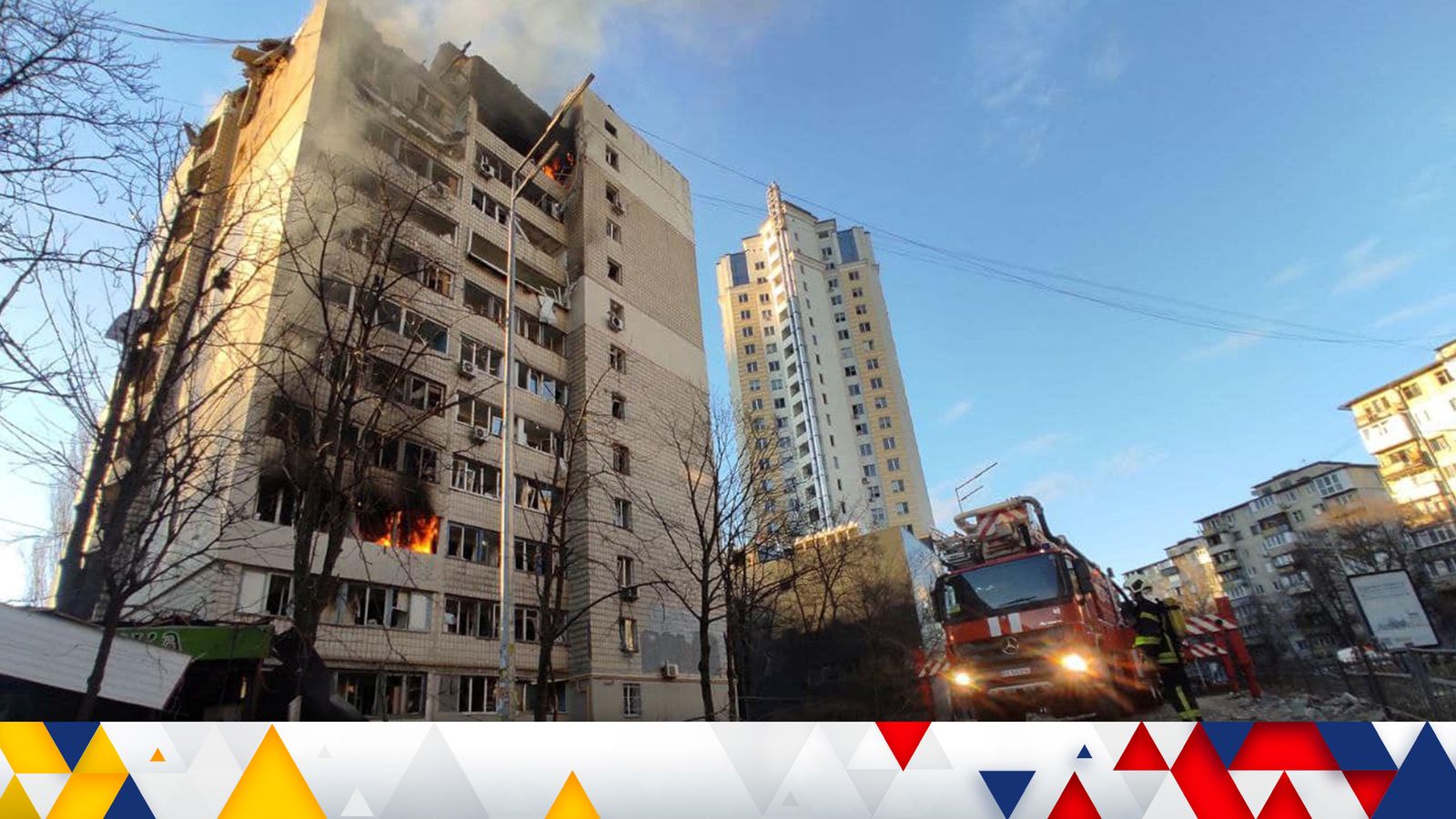 Ukraine is “adeptly exploiting” Russian forces’ “lack of manoeuvre” and inflicting heavy losses, the UK Ministry of Defence has said.

In its latest intelligence update, it also said Moscow is struggling to overcome “challenges” imposed by Ukraine’s terrain.

Russian troops have remained largely on the road network and have “demonstrated a reluctance to conduct off-road manoeuvre”, the MOD added.

The destruction of bridges by Ukrainian forces has also played a “key role in stalling Russia’s advance”.

The MOD continued: “Russia’s continued failure to gain control of the air has drastically limited their ability to effectively use air manoeuvre, further limiting their options.

“The tactics of the Ukrainian armed forces have adeptly exploited Russia’s lack of manoeuvre, frustrating the Russian advance and inflicting heavy losses on the invading forces.”

Russian assaults, however, continued on Wednesday morning. A plume of smoke was seen rising into the sky after an artillery shell rammed into an apartment block in the centre of Kyiv, obliterating the top floor and starting a fire.

Two people were hurt, according to early reports.

Loud booms are heard and smoke rises into the air as the airstrikes hit. Sky News has verified the video and located it.