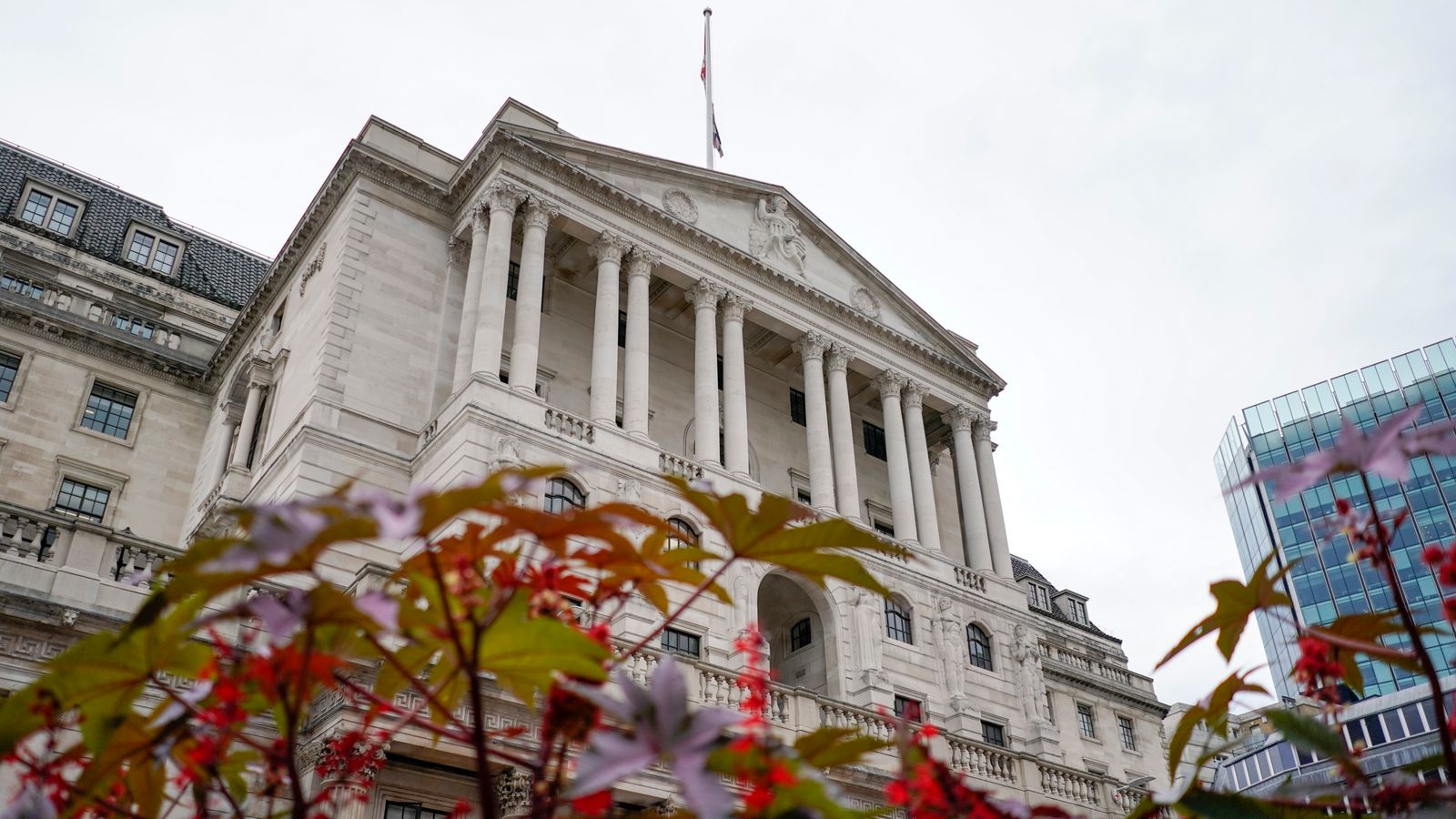 The Bank of England has hiked the interest rate by 0.25% to 0.75% as it forecast inflation surging to 8% next month – and even higher in the autumn.

It is the third increase in a row in as many policy meetings by the bank’s rate-setters and restores the cost of borrowing to pre-pandemic levels.

The rate was slashed to 0.1% two years ago as officials took emergency action to try to cushion the economy and financial markets from the COVID-19 downturn.

Rate-setters have acted to tame a spiral in prices that has taken inflation to a three-decade high at 5.5% – compared to the Bank’s target of 2%.

It is expected to jump further as energy bills rise next month and the commodity price shock caused by Russia’s invasion of Ukraine filters through to consumers.

That shock also looks set to hit economic growth, meaning the bank faces a careful balancing act between raising rates to cool price rises without moving so sharply that it risks helping tip the UK into a renewed downturn.

Just last month, the Bank predicted that inflation would peak at 7.25% in April – but Ofgem’s energy price cap hike announcement was bigger than officials expected, prompting it to bump up the projection to 8%.

Meanwhile, wholesale gas and electricity prices have soared even further as a consequence of the war in Ukraine – and the Bank’s monetary policy committee (MPC) thinks that could mean another 35% hike in the price cap when it is reset again in October.

Such an increase could “temporarily push CPI inflation around the end of this year above the level projected for April” to a level that was “several percentage points higher” than expected last month.

When the Bank of England’s monetary policy committee met to consider interest rates last month Ukraine was not even mentioned.

What a difference six weeks make.

At Wednesday’s meeting of the Bank’s decision makers the Russian invasion was in the first line of the minutes, the Bank taking the unprecedented step of commenting on geopolitics, condemning Russia’s “unprovoked invasion”.

“The invasion of Ukraine has led to further large increases in energy and other commodity prices including food prices,” the committee conclude.

“It is also likely to exacerbate global supply chain disruptions, and has increased the uncertainty around the economic outlook significantly.

The dramatic shift in focus in a few short weeks demonstrates just how completely the advent of all-out conflict, and the wave of sanctions imposed on Russia in response, has upended economic expectations for the year ahead.

Westminster’s ‘nepo babies’ are here to stay – whether we like it or not | Adam Boulton
China threatens ‘further actions’ over US downing of suspected spy balloon
China denies US spy balloon claims and insists it always ‘abides by international law’
Cost of Living: More firms going under than in 2008
Spy balloon over US is ‘civilian airship’ that blew off course, says China – but Blinken cancels trip