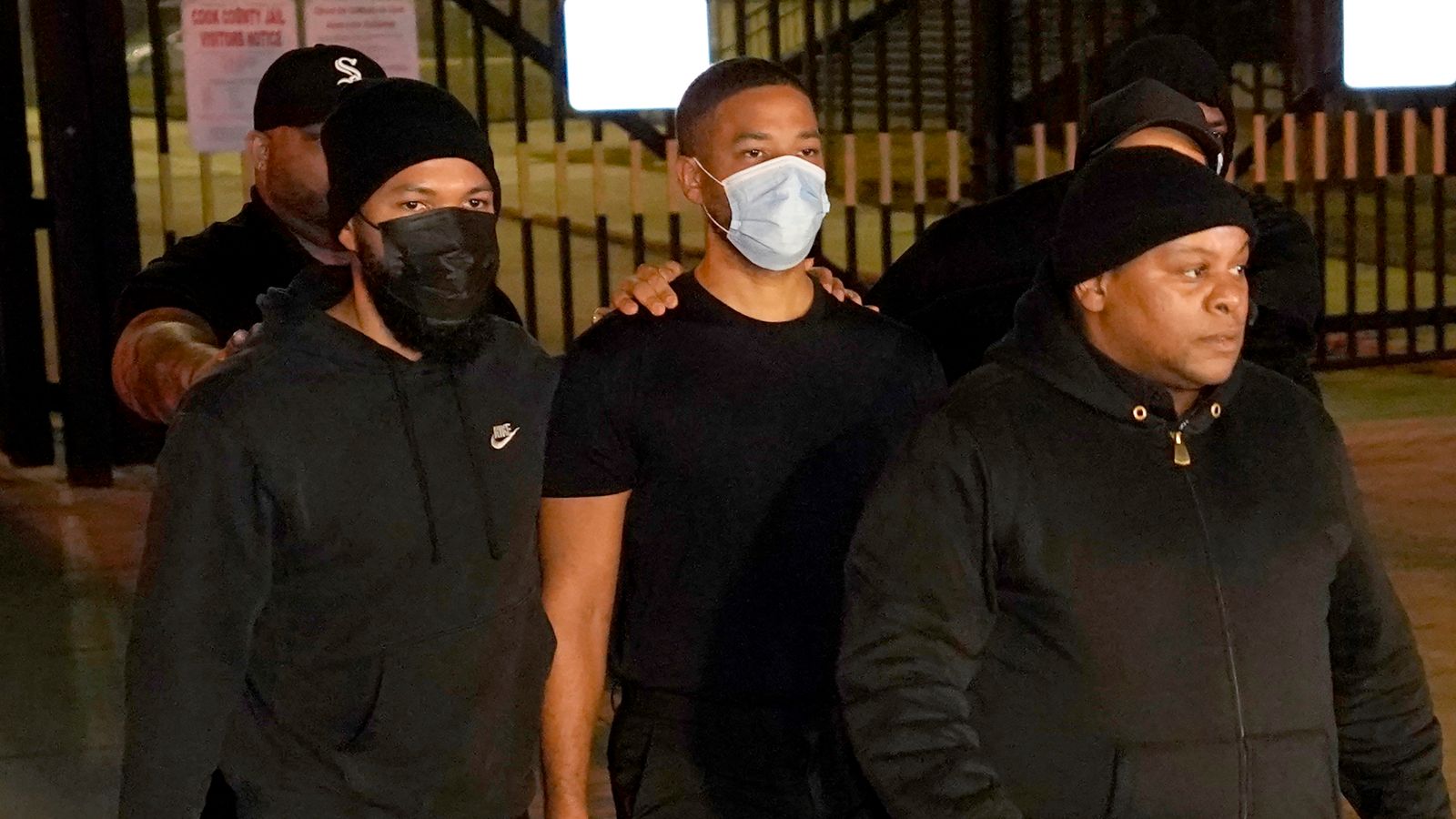 Jussie Smollett has been released from jail in Chicago pending an appeal against his conviction for lying to police about a racist and homophobic attack that he had staged on himself.

Smollett’s lawyers launched an appeal saying his imprisonment was excessive.

He walked out of jail on Wednesday following six days behind bars after posting a personal recognisance bond of 150,000 dollars (£114,000), meaning he did not have to put down money but agrees to come to court as required.

He said during his time in jail, Smollett had not eaten and drank only water, but did not say why.

The US actor said nothing as he left Cook County Jail.

During his trial Smollett maintained his innocence, as prosecutors said the actor, who is gay and black, lied to police and told them he was the victim of an attack by two masked strangers in January 2019.

The alleged assault prompted a huge investigation that a detective said included around two dozen officers and 3,000 staff hours. 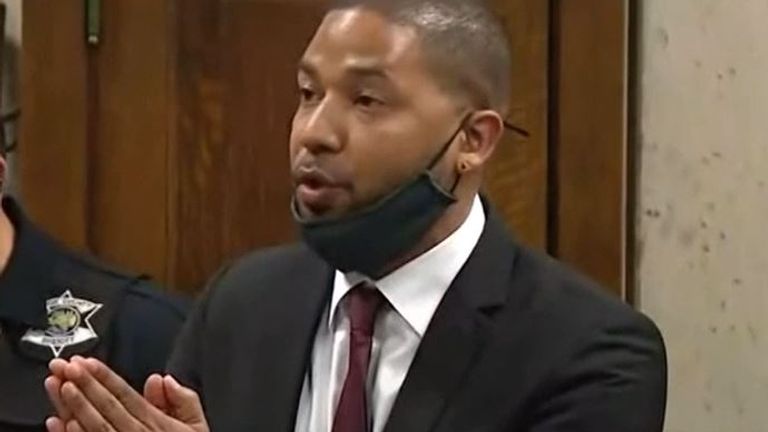 Smollett: ‘I did not do this’

Smollett claimed the attackers threw a noose around his neck and poured chemicals on him while yelling racist and homophobic slurs.

He was arrested a month later and accused of paying two brothers $3,500 (£2,600) to stage the attack in an effort to raise his profile.

Smollett was found guilty after an eight-day trial in which two brothers testified that the actor had recruited them to fake an attack on him near his home in central Chicago.

After he was handed his sentence, Smollett said: “I am not suicidal. And if anything happens to me when I go in there, I did not do it to myself. And you must all know that.”

Before sentencing, experts had predicted that Smollett would not be sent to prison because he did not have an extensive criminal history, and the conviction was for a low-level, non-violent crime.

“His conduct denigrated hate crimes,” Mr Webb said after the hearing. “His conduct will discourage others who are victims of hate crimes from coming forward and reporting those crimes to law enforcement.”

Smollett’s lawyers had argued that he would have completed the sentence by the time the appeal process was completed and that he could be in danger of physical harm if he remained in jail.

The office of the special prosecutor said the claim that his health and safety were at risk was “incorrect” as Smollett was being held in protective custody at the jail.

Smollett lost his role as a singer-songwriter in the final season of Empire, a Fox television hip-hop drama that ended a five-year run in 2020.