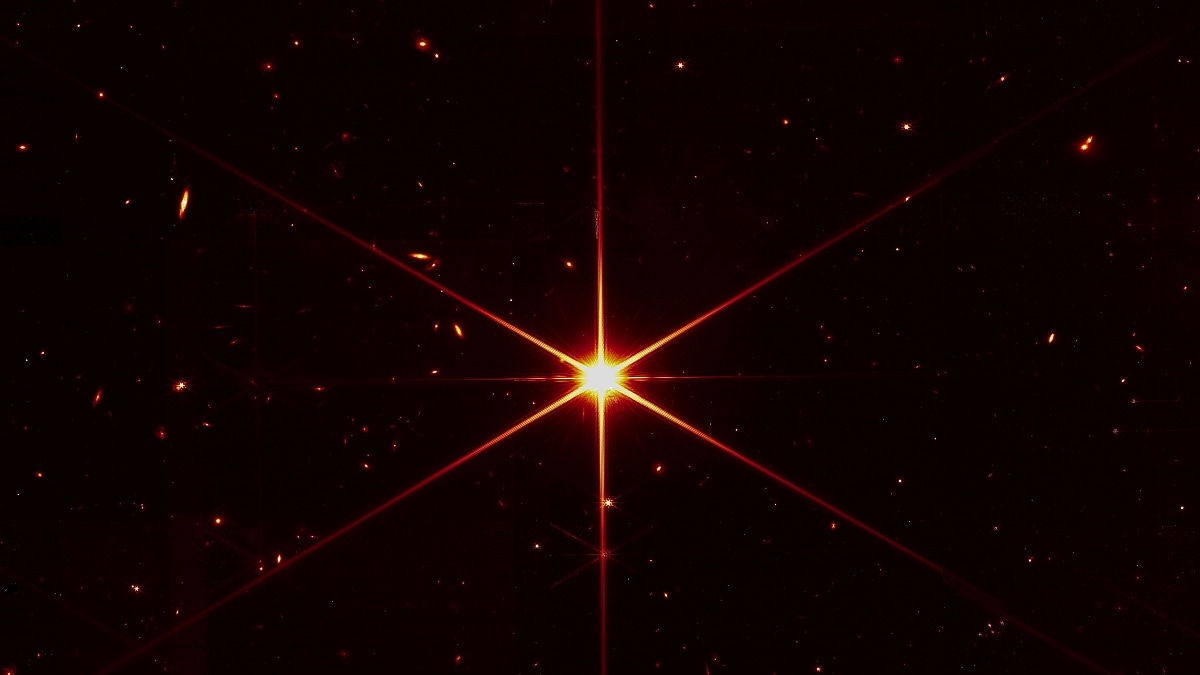 NASA’s James Webb Space Telescope has been aligned to produce the first unified image of a single star, reaching a critical milestone in its journey to unravel the mysteries of the world far beyond our reach. Most traditional telescopes have a single primary mirror that collects light from distant stars. But Webb has 18 hexagonal mirror segments that had to be aligned into a single large mirror to produce images that could help astronomers study the universe. The process was long and tedious and required great precision. NASA has said the JWST team has successfully aligned the mirrors in a process known as “fine phasing”.

NASA has released the image the telescope took after the process was complete on March 11. It showed a single dot brilliantly sparkling dot at the centre. “The observatory is able to successfully gather light from distant objects and deliver it to its instruments without issue,” the agency said.

Webb’s every optical parameter is performing normal and no critical issues has been found, NASA said in a statement. However, the process is not yet complete and engineers will now proceed through the remaining steps over the next six weeks to ready the $10-billion observatory for science in summer this year.

“We have fully aligned and focused the telescope on a star, and the performance is beating specifications. We are excited about what this means for science,” said Ritva Keski-Kuha, deputy optical telescope element manager for Webb at NASA Goddard.

The 21-foot, 4-inch primary mirror – too big to fit inside a rocket – has 18 hexagonal segments that were packed into the rocket. Once the system reached its orbit, these mirror segments and other instruments were unfolded and then the alignment process began. When all the mirror segments were put into their place, they formed a single mirror surface that is now being used to capture light from stars.

The telescope, the largest humans have ever sent into space, was launched on Christmas last year. In February, the mirror alignment process began. Initially, the images captured by Webb remained blurred but they started getting sharper as the alignment phase progressed. In fact, by late February, Webb’s all 18 mirror segments had started capturing the same star. The challenge then was to align the mirrors in a way that they capture light to show one single star. This has been done now.