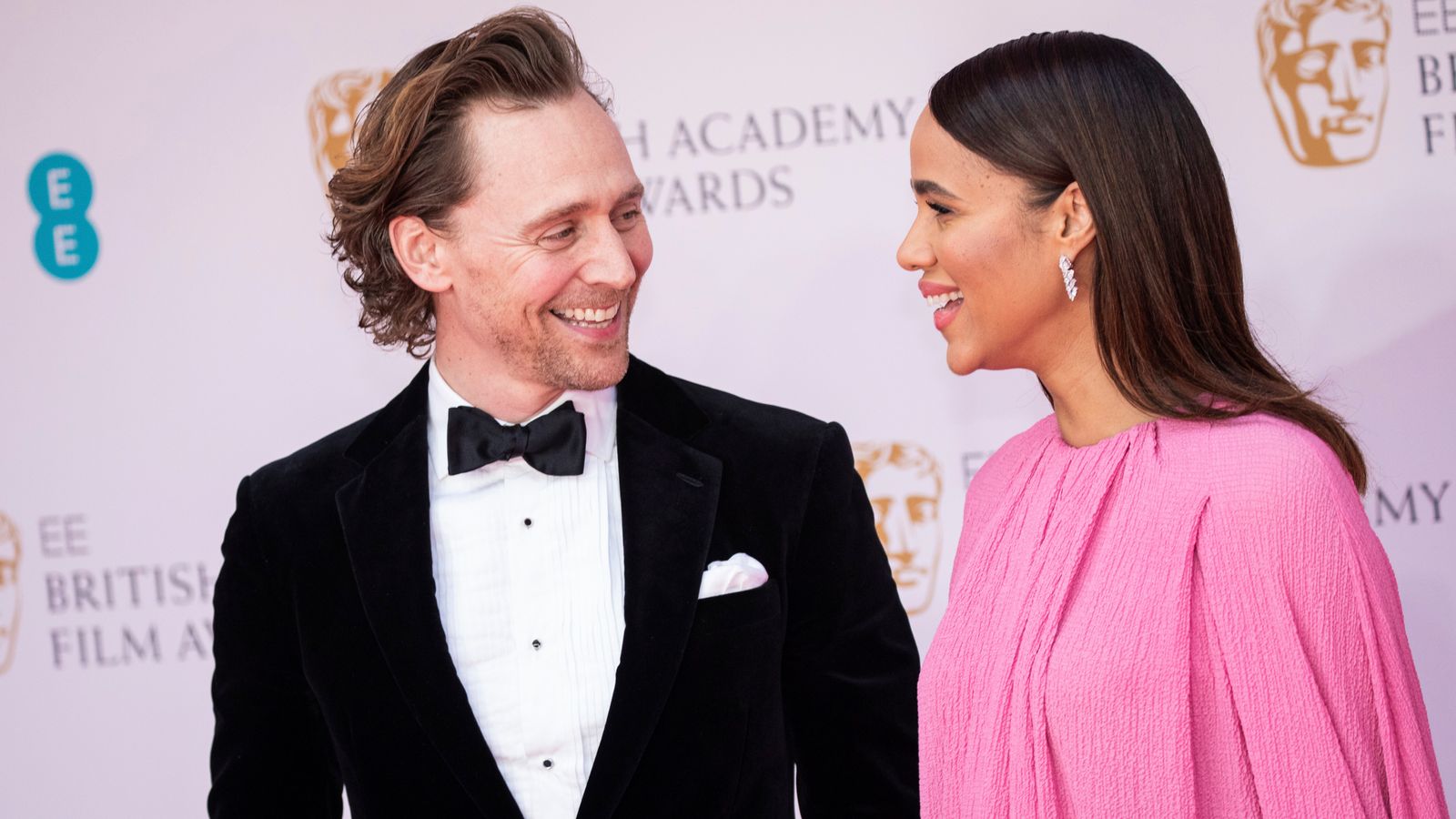 Actors Tom Hiddleston and Zawe Ashton are engaged, after dating for three years.

The couple walked the red-carpet hand in hand at the 75th BAFTAs at the Royal Albert Hall on Sunday.

While they were congratulated by industry friends at the event, it was an Instagram snap revealing Ashton’s engagement ring that truly let the cat out of the bag.

In the selfie, posted by presenter AJ Odudu, Hiddleston and Ashton can be seen standing either side of Odudu, with Ashton’s left hand on the presenter’s upper arm.

A large oval diamond ring, with a halo cluster of smaller diamonds, is clear on the fourth finger of Ashton’s left hand.
The couple are yet to formally announce their engagement.

Notoriously protective of his private life, Hiddleston told The Telegraph in 2017: “Everyone is entitled to a private life.

“I love what I do, and I dedicate myself with absolute commitment to making great art and great entertainment, and in my mind I don’t conflict the two. My work is in the public sphere and I have a private life. And those two things are separate.”

His whirlwind relationship with American pop star Taylor Swift in 2016 was widely covered, as was the pair’s split three months later.

Inspired by Pinter’s affair with BBC Television presenter Joan Bakewell, the play is about a married couple named Robert and Emma and the effects a seven-year extramarital affair has on their relationship.

Hiddleston is best known for his portrayal of Loki, the god of mischief, in the Marvel Cinematic Universe over the last ten years.

Ashton is best known for her roles in Channel 4 comedies Fresh Meat and Not Safe For Work.

However, she will be joining the Marvel Cinematic Universe in the 2023, playing a villain in The Marvels.

Sky has contacted Hiddleston and Ashton’s agents for comment.