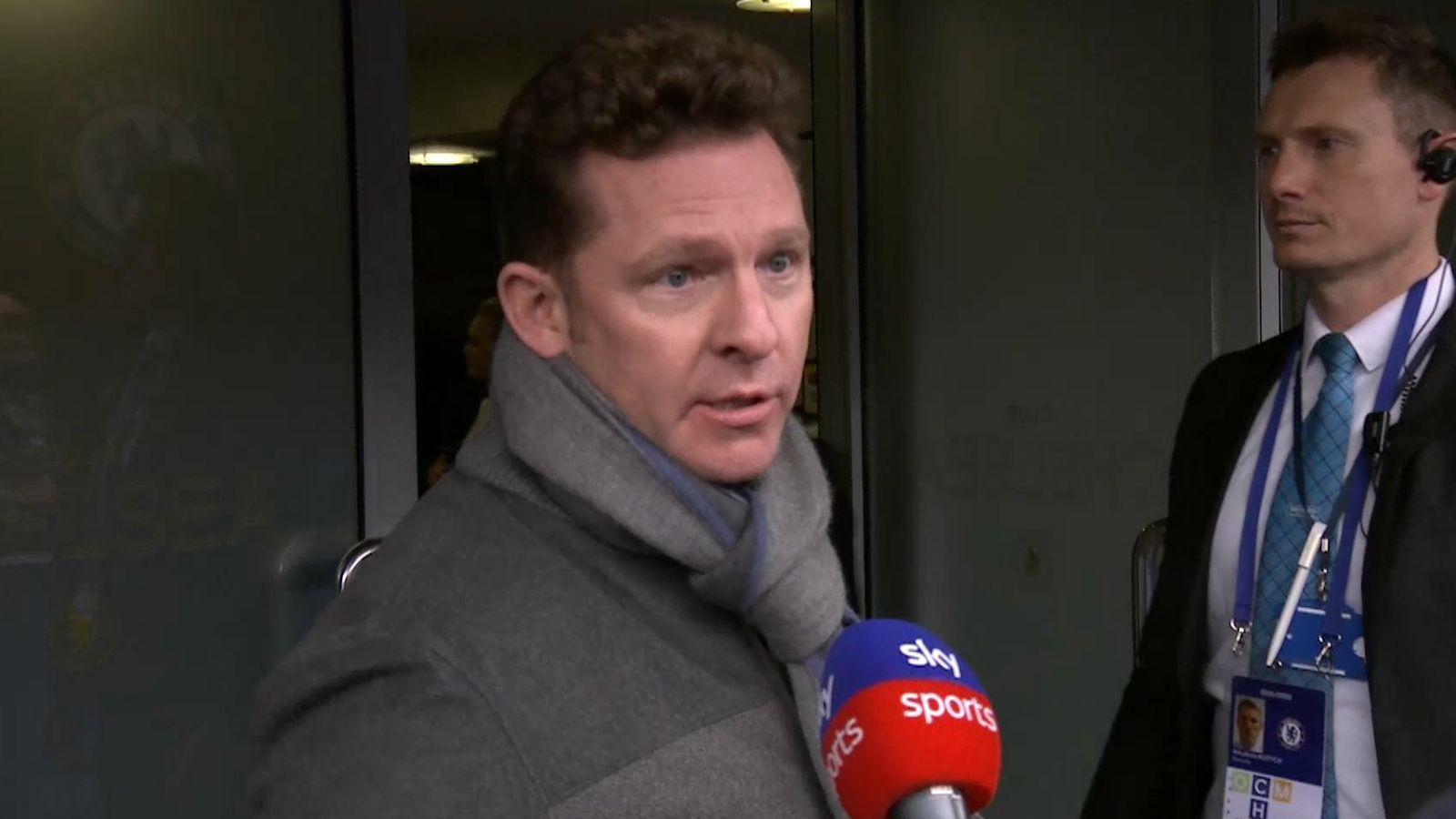 The London property entrepreneur Nick Candy is lining up backing from two South Korean groups as he prepares to lodge a takeover bid for Chelsea Football Club.

Their names add to the frenzy of international interest in acquiring last season’s Champions League winners, with parties from the US, Turkey, Ghana, Saudi Arabia and Britain having expressed a desire to take Chelsea off Roman Abramovich‘s hands.

Read more:
Candy pledges to give fans board seat if Chelsea bid triumphs

In scenes reminiscent of a conventional transfer deadline day, investors from around the world have been engaged in frenzied negotiations to secure a bidding role ahead of a Friday evening deadline imposed by Raine, the merchant bank overseeing the sale.

Sky News revealed last weekend that Mr Candy, a lifelong Chelsea fan, was keen to form a consortium to buy the club, and on Wednesday he signed the former Chelsea player-manager Gianluca Vialli to advise on his offer.

The latter move brought one of the most popular Blues players of the last 25 years into the auction of the club, which is racing to find a buyer after Roman Abramovich’s sanctioning by the government.

Mr Candy has pledge to ensure supporter representation on Chelsea’s board if his bid is successful.

Among the other credible bidders for Chelsea are a group comprising the Ricketts family, which owns the Chicago Cubs baseball team, and Ken Griffin, the American hedge fund billionaire; Woody Johnson, the former US ambassador to the UK; Sir Martin Broughton, whose involvement in the auction was first reported by Sky News last weekend; and a consortium led by the LA Dodgers part-owner Todd Boehly and including Clearlake Capital, a California-based investor, and Jonathan Goldstein, a London-based property executive.

‘I have supported Chelsea since I was four’

News of the latest participant to enter the most fiercely contested auction in English football club history comes on the day that Chelsea drew Real Madrid in the quarter-finals of the UEFA Champions League – a competition the London club won last season.

The Blue Football Consortium said: “I can confirm that the two South Korean firms Hana Financial Group and C&P Sports Group are a significant part of Mr Candy’s global consortium of investors.

“Their involvement is representative of Chelsea’s global brand and huge loyal fanbase in Asia.”