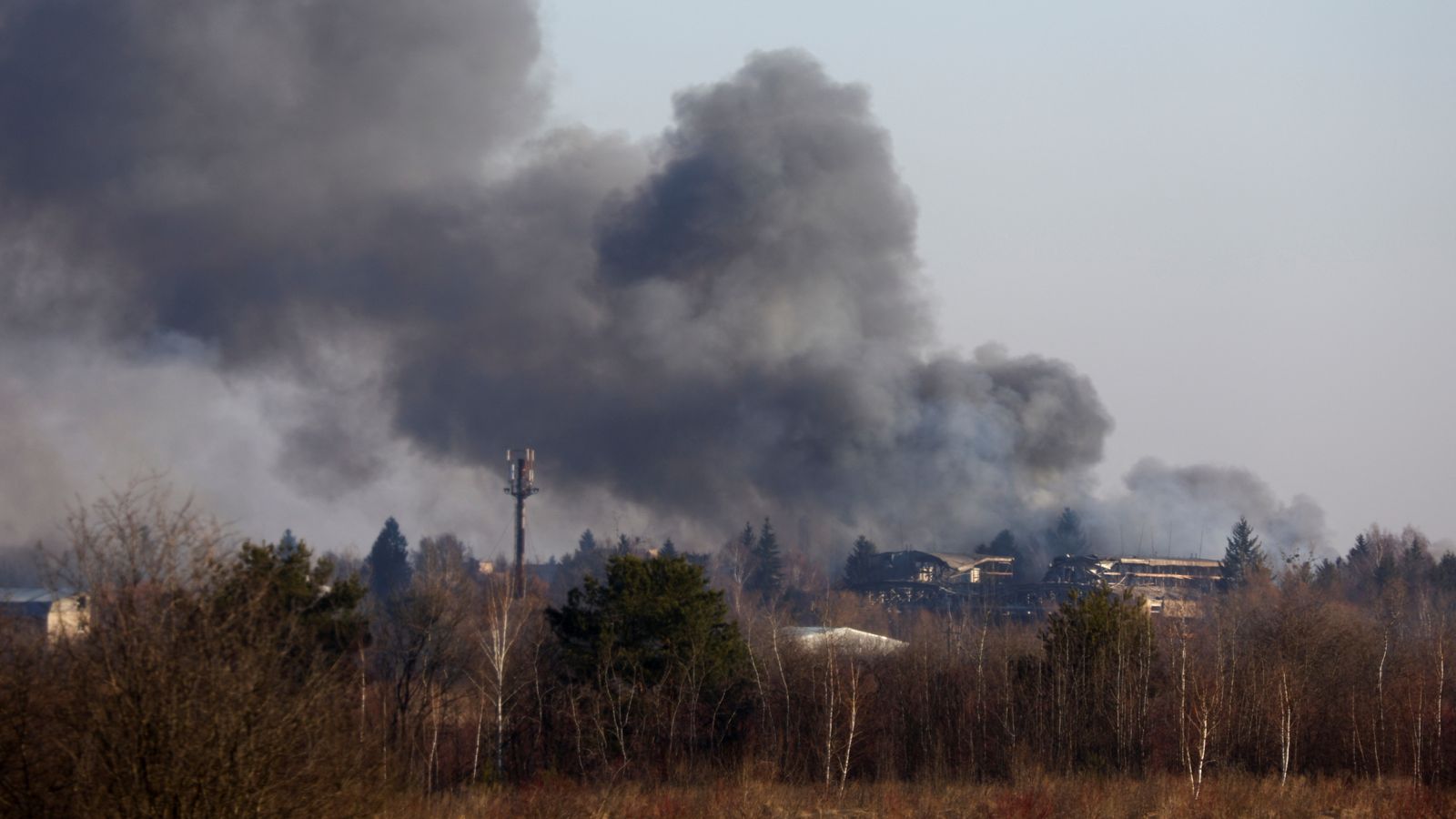 Several missiles have struck and destroyed a building near the airport in the western Ukrainian city of Lviv, according to the city’s mayor.

Ukraine’s military said the aircraft repair plant was struck by cruise missiles fired from the direction of the Black Sea, which it said were likely Kh-555 weapons launched from heavy strategic bombers.

The plant was not in operation at the time of the strike and there were no casualties after at least three blasts, mayor Andriy Sadovy said.

Similar long-range cruise missiles are thought to have been used in an airstrike on Yavoriv military base in western Ukraine on Sunday.

Sky’s Alistair Bunkall in Lviv said air raid sirens went off at 6.15am and he heard around three to four explosions 15 minutes later “just as the city was waking up, just as the curfew had lifted”. 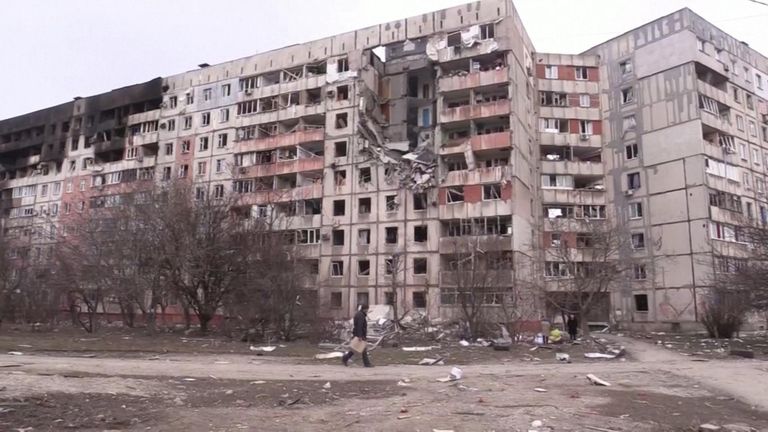 Russia’s defence ministry said on Friday that separatists in eastern Ukraine with help from Russian armed forces were “tightening the noose” around the Ukrainian city of Mariupol, Russia’s RIA Novosti news agency
reported.

PM still has the support of cabinet despite Dowden’s resignation, minister says
Life for those who kill emergency workers among criminal justice reforms coming into force
1988: Is this James Brown’s strangest interview ever?
‘A dark day for women’: Billie Eilish blasts US abortion ruling as she becomes Glastonbury’s youngest headline act
Mark Zuckerberg envisions a billion people in the metaverse spending hundreds of dollars each