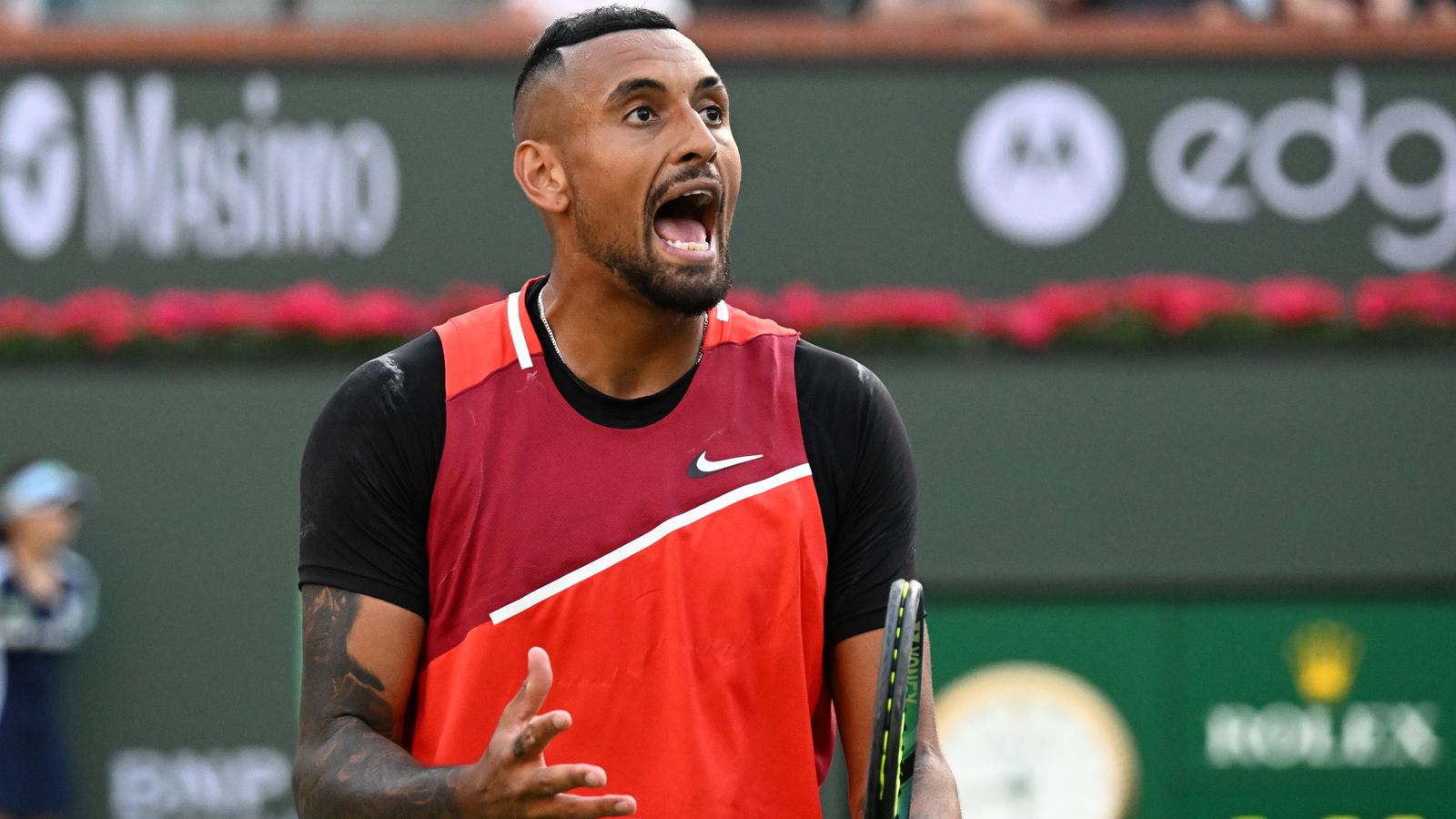 Tennis star Nick Kyrgios dragged the American actor Ben Stiller into an angry exchange with a fan on his way to losing against Rafael Nadal.

During the quarter final of the Indian Wells Masters in California, Kyrgios asked a vocal spectator in the crowd “Are you playing?” as he got ready to serve.

The Australian player, 26, added: “Are you good at tennis?”

In video footage of the encounter, a faint “no” can be heard from the stands.

Kyrgios responds: “Exactly, so why are you speaking?”

Referring to Stiller, he continues: “Do I tell him how to act? No”, drawing a laugh from the crowd.

Stiller, 56, sitting a few seats away from the fan, is seen smiling too.

Kyrgios, who entered the competition as a wild card, was playing in an ATP Tour quarter-final for the first time since 2019.

In the third round, he beat eighth seed Casper Ruud in his first top 10 win in more than two years.

Both achievements confirmed he is clearly continuing the form that helped him and partner Thanasi Kokkinakis win the Australian Open men’s doubles title at the start of the year.

‘The number of victims is impossible to imagine’: Missile strike on Ukrainian shopping centre with 1,000 inside
‘Stop Brexit Man’ anti-Tory protester could be prosecuted, police say
Why one stock brokerage is bullish on Reliance Industries and Infosys
Elon Musk is smart — but he doesn’t understand ESG, tech CEO says
R Kelly sentenced to 30 years in prison – as survivors confront him over ‘despicable’ abuse