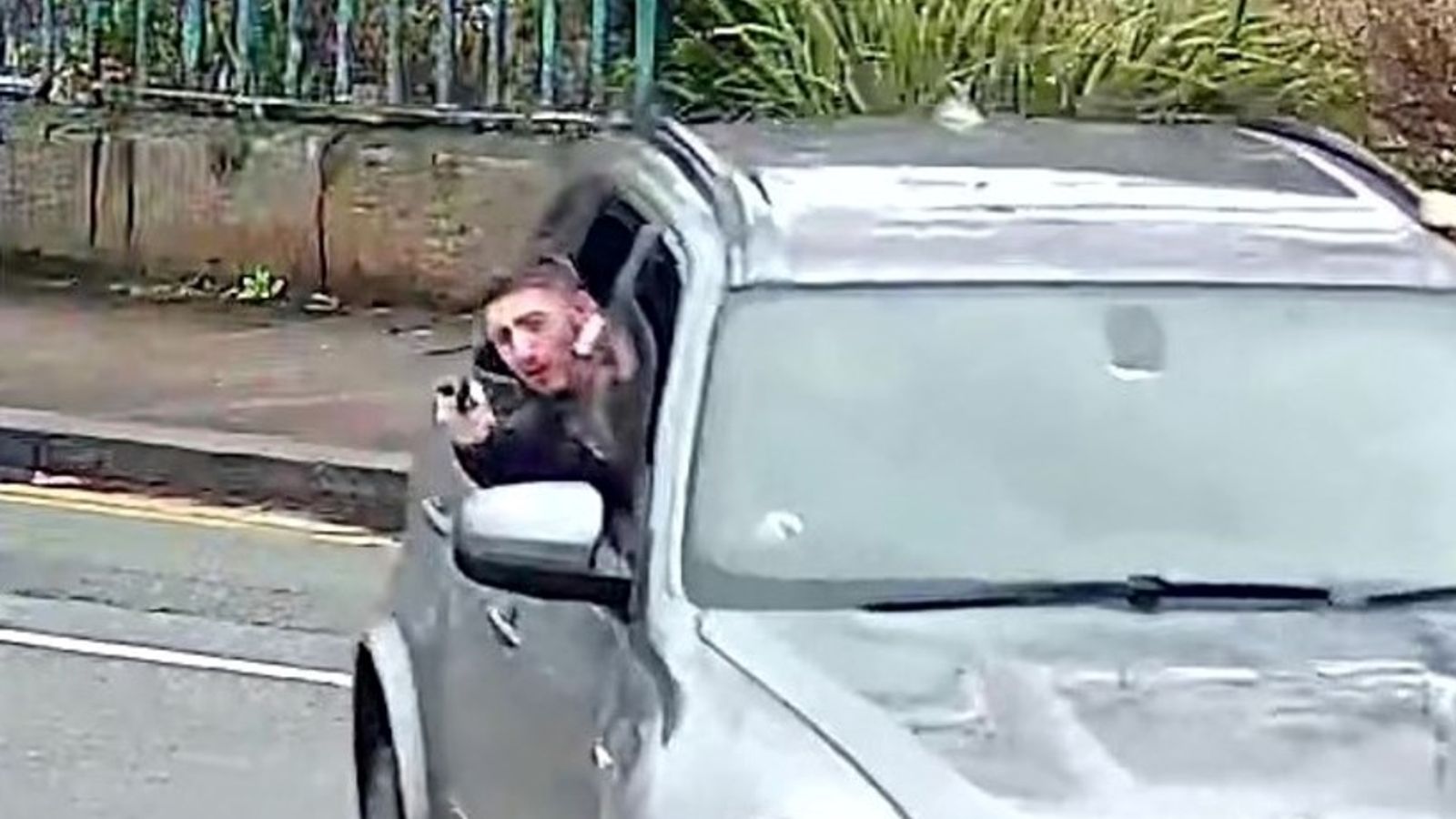 A drive-by shooter has been jailed in Manchester after CCTV footage showed him opening fire near a primary school.

Police launched an investigation after an innocent bystander reported that his car had been struck by a stray bullet during the shoot-out, which happened in the Harpurhey area in January last year.

After a trawl through CCTV footage, officers found the moment 32-year-old Sean Cowie leaned out of the backseat of a dark grey BMW X5 and pointed a gun at a black VW Golf that he and his two associates were chasing on Briscoe Lane.

Police searched Ryan’s address on Ashton Road East, Oldham, and seized a shotgun from one of the bedrooms which had not been used in the incident but was illegally in his possession.

No one in the VW was willing to support a prosecution and no firearm could be linked to the shooting.

However, Cowie, Ryan and Urey pleaded guilty to a number of offences in court after police presented them with their evidence.

They were sentenced to a total of more than 17 years in prison.

Cowie, of Ashton Road East, Oldham, was jailed for five years and seven months for conspiracy with intent to cause fear or violence offence.

Ryan received a six-and-a-half year sentence for possession of a shotgun without a license and conspiracy with intent to cause fear or violence offence.

Urey, of Greaves Road, Failsworth, was ordered to serve five years and four months in prison for conspiracy with intent to cause fear or violence offence.

Detective Inspector Claire Moss, of Greater Manchester Police, said: “The streets of north Manchester are much safer today now that Sean Cowie, Paul Ryan and Dean Urey are behind bars and unable to embark on any further reckless and potentially life-threatening acts of violence in our communities.

“We never established what this was all about, but what we uncovered from the CCTV of this attack was shocking to say the least, and it is quite clear from the fact an innocent man’s car was struck that this easily could’ve ended with somebody being seriously – if not fatally – injured.

“In the moments preceding the shooting, we can see plenty of daytime traffic coming and going through Briscoe Lane – including a woman pushing a pram – in what was a busy area so close to a local primary school in the middle of the school day. Anyone could’ve been seriously hurt here.”

Greater Manchester Police said they have seen a 92% drop in gun crime in the last 12 months, with two confirmed incidents compared with 26 the previous year.