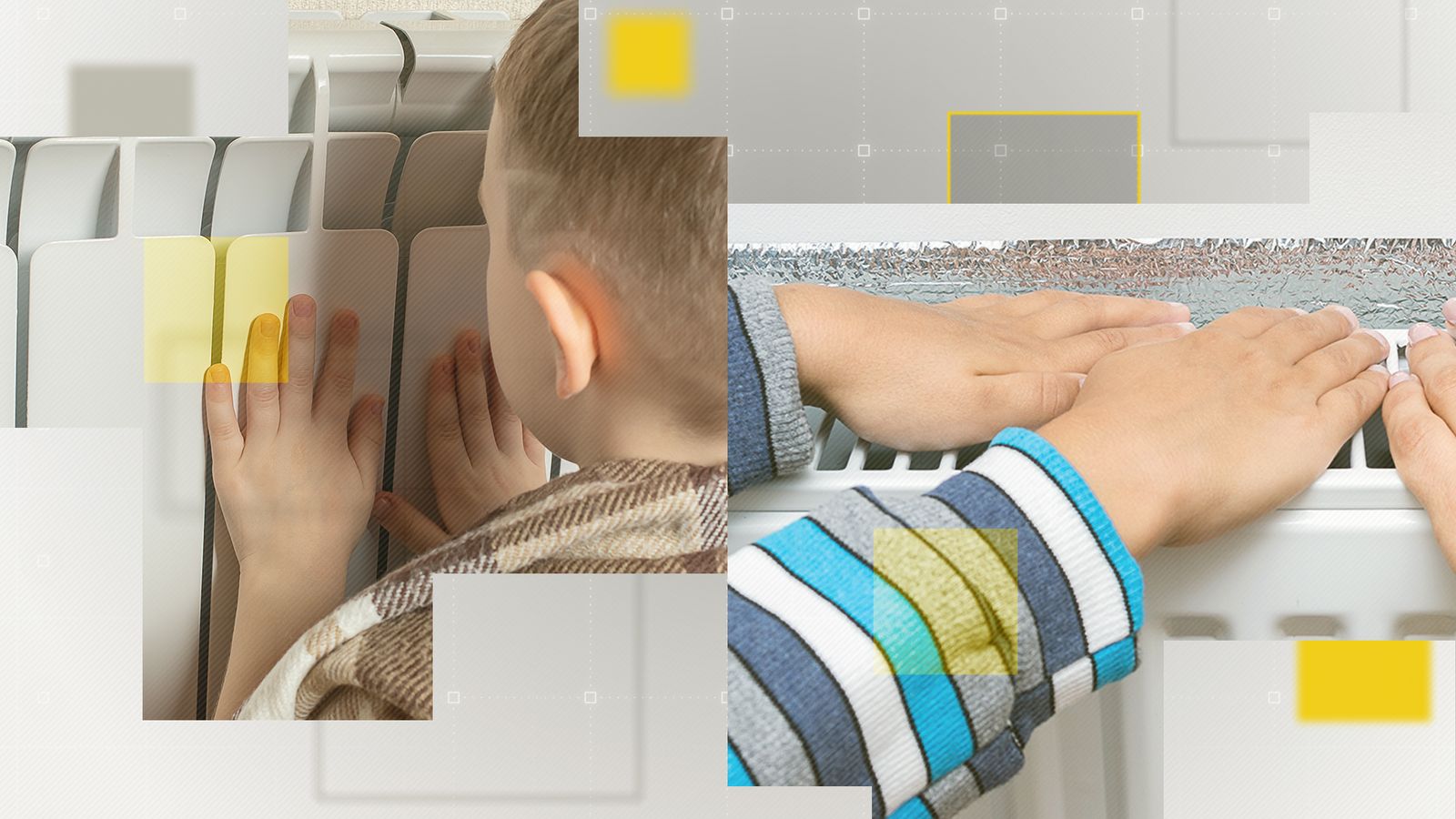 Two and a half million households with children will be in fuel poverty once the new energy price cap comes into effect on 1 April, according to estimates from the End Fuel Poverty Coalition.

That’s equivalent to two in five households, and it rises to more than half if we look just at single-parent homes.

Overall, more than a quarter of homes in England – representing more than 15 million people – will be fuel poor as of Friday after next, when the cost of a standard bill will rise by 50%.

A household is in fuel poverty if more than 10% of its income is spent paying energy bills.

A study published in the British Medical Journal last week explored the “intimate” link between fuel poverty and poor health.

“Children growing up in cold, damp, and mouldy homes with inadequate ventilation have higher than average rates of respiratory infections and asthma, chronic ill health, and disability. They are also more likely to experience depression, anxiety, and slower physical growth and cognitive development.”

Where will be worst affected?

Other estimates published today predict which areas of the country will be worst hit by the price rises.

This map shows how many people in each local authority are likely to be in fuel poverty. Click or tap on the map to see the figures for your area.

If we delve deeper into the data than the map is able to show, it reveals more of the extremes.

Up to nine in ten people will be fuel poor in the Bushbury and Low Hill area of Wolverhampton, the worst affected neighbourhood in the country.

People there are 25 times more likely to be in fuel poverty compared to the least affected neighbourhoods, which are mostly in the southeast.

Although these figures only represent England, the issue could be even more severe in other UK nations.

Almost three in five people living in the Western Isles will soon be spending more than 10% of their income on energy.

Extreme fuel poverty is when a household has to spend more than 20% of its income on energy.

Northern Ireland is not subject to an energy price cap, and figures for Wales are not available as although the price cap for Wales is set by the regulator for the whole of Great Britain, energy policy is devolved to the Welsh government and the UK government does not publish figures for local authorities there.

What is the government doing to help?

The government has announced plans for a loan of £200 to help pay these bills, which would be paid back by adding £40 to bills for the next five years. There is also a £150 council tax rebate for qualifying homes which will not need to be repaid.

These short-term measures were announced on the assumption that recent rises in the cost of resources, like gas and oil, were also going to be short-term.

Since that announcement, Russia’s war in Ukraine has destabilised the energy market further and is likely to push bills higher still when the price cap is updated next, in October.

Energy Action Scotland CEO Frazer Scott says it could go up another £1,000, which would represent a trebling in two years.

“Without further government intervention, on VAT, green levies and the profits of the energy giants, thousands of additional lives will be lost. It is a human tragedy on our doorstep.”

Dr Jamie Stewart, Deputy Director of Strathclyde Centre for Energy, says the impact of not having access to energy has been highlighted by recent storms which took out power for people across the north of England, as well as parts of Ukraine which are having their access cut-off as part of Russian sieges.

“Short-term, cash is what people will need so that people aren’t disconnected from their provider and face the dire consequences that come with that.

“There will be higher scrutiny on the net-zero agenda and whether that could lead to higher prices, but it might not be possible to have sustainable economies in the future without it.”

Simon Francis, Co-ordinator of the End Fuel Poverty Coalition, added: “We need to see urgent help for households in fuel poverty now, combined with a long-term plan to improve energy efficiency of our homes and investment in a sustainable, renewable-led, energy mix.”

That is is too late to respond to the rapidly changing environment we are experiencing at the moment, which is why the End Fuel Poverty Coalition has compiled these figures, to help us understand what is going on right now.

Mr Francis says the Coalition has carried out reverse checks on previous estimates and is confident that the model will accurately represent the official figures when they come out in two years’ time.

The Scottish figures were extrapolated by Energy Action Scotland from the Scottish government’s national impact assessment around the 1 April price increase.