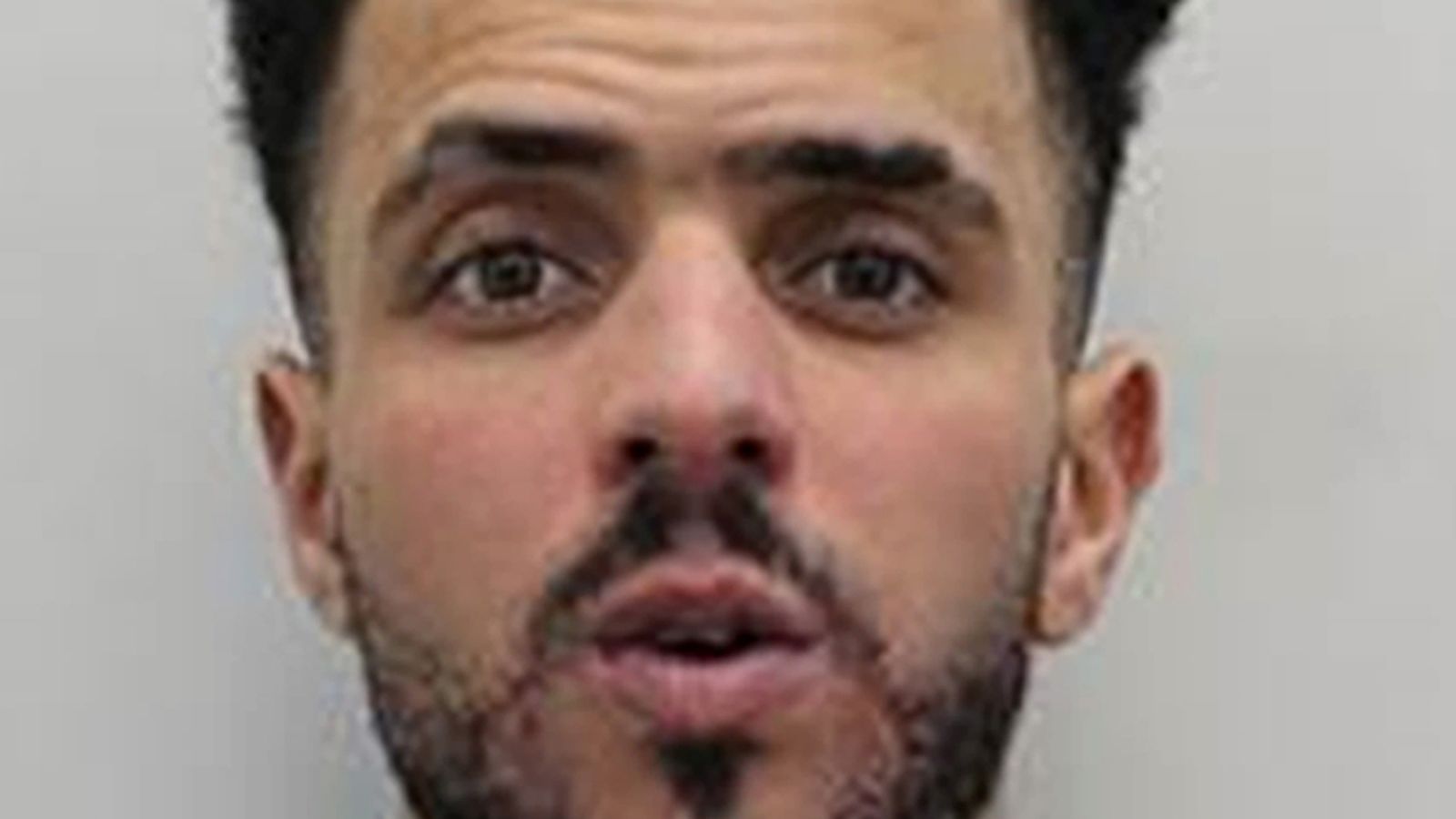 Police have named a man they want to find following the murder of a young woman at student flats in central London.

Maher Maaroufe, 22, is being sought after detectives launched an investigation into the death of the 19-year-old at a residential property in Sebastian Street, Clerkenwell.

Police said anyone who sees Mr Maaroufe should not approach him, but should call 999 immediately.

Officers had been called at about 5.10am on Saturday to reports of a woman injured at Arbour House, a student accommodation.

The woman had suffered serious neck injuries and, despite receiving treatment from emergency services, was pronounced dead at the scene.

Sky News understands she was a first-year foreign student at City, London University, thought to be of Middle East background.

Detective Chief Inspector Linda Bradley, who is leading the investigation, said: “Early indications so far suggest that the victim had been in a relationship with Maaroufe and that they had been together that evening.

“Urgent enquiries to locate Maaroufe are ongoing and I urge him to attend a police station immediately.”

Student Angelina Miats, 19, who lives on the second floor of Arbour House, said earlier on Saturday: “I was woken about 8am by police knocking on my door. They wanted to search my room, but wouldn’t tell me what had happened.

“People are very frightened because of what’s happened, and I don’t feel safe. I’m not sure I want to stay in the building anymore.”

Angelina, a business management student at the same university, said: “The block is normally very secure and anyone who doesn’t live there has to be let in.”

Officers were seen standing outside a block of student flats, which was cordoned off.

‘Can’t wait for this guy to die’: Reporter reveals some GOP sentiment towards Trump
‘Nobody is born smart’: Ex-commander of Russian mercenary group apologises for fighting in Ukraine
‘I don’t know how I am coping’
Google poised to unveil how it plans to take on ChatGPT
FTSE 100 reaches all-time high