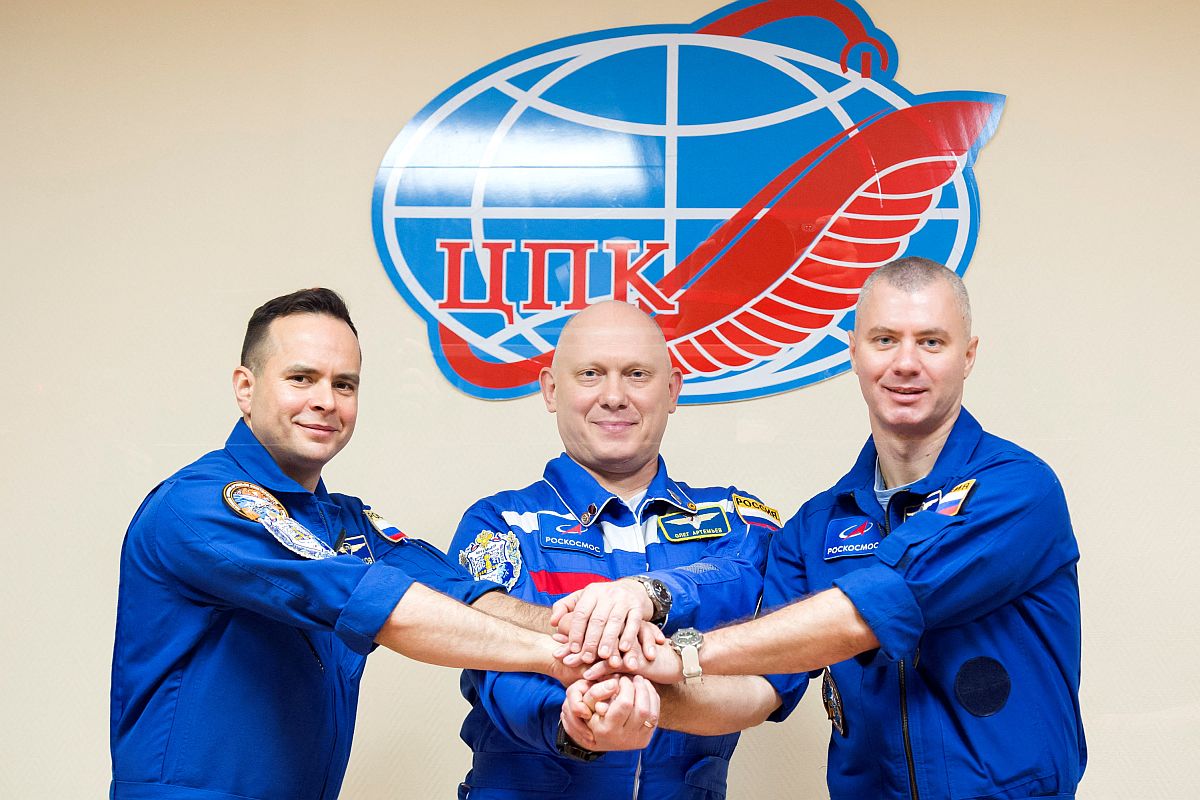 Three Russian cosmonauts blasted off to the International Space Station Friday, as Moscow’s military intervention in Ukraine brought the Kremlin’s relations with the West to their lowest point since the Soviet era. Russian space veteran Oleg Artemyev and rookies Denis Matveyev and Sergei Korsakov set off at 3:55pm GMT (9:25pm IST), a NASA live feed showed, beginning a three-hour ride to the orbital lab where they will be greeted by a crew of two Russians, four Americans and one German.

Russian space agency Roscosmos confirmed in a statement that the trio had successfully entered orbit beginning a half-year mission aboard the lab.

In the years since Russia’s 2014 annexation of the Ukrainian peninsula of Crimea triggered a first wave of Western sanctions, space has proved an outlier of cooperation between Moscow and its American and European counterparts.

But tensions even in this field grew after Russian President Vladimir Putin appointed nationalist ally Dmitri Rogozin — an enthusiastic supporter of the current invasion — as head of Roscosomos in 2018.

“Ours! For the first time in many years – a completely Russian crew,” Rogozin wrote on Friday prior to the launch on Twitter — a messaging service that has been blocked in Russia since March 4 as part of a crackdown on social media and the independent press.

“If you block cooperation with us, who will save the ISS from uncontrolled deorbiting and falling on US or European territory?” the Roscosomos boss wrote in a tweet last month — noting that the station doesn’t fly over much of Russia.

The tweet sparked bizarre exchanges between him and Elon Musk, the US billionaire whose SpaceX company has ended Moscow’s near decade-long monopoly on launches to the orbital lab.

Musk has offered to fight Putin in “single combat” over Ukraine.

Rogozin responded in defence of the Russian leader, citing one of Musk’s earlier musings in which the entrepreneur said he often tweets on the toilet.

“Elon, get off the toilet, then we will talk,” he wrote.

Russian cosmonauts and Westerns astronauts aboard the ISS have steered clear of the conflict that has engulfed planet down on Earth. The war has left thousands dead and triggered Europe’s biggest refugee crisis since World War Two.

But Scott Kelly, a retired astronaut whose NASA record of 340 consecutive days in space was broken by colleague Mark Vande Hei earlier this week, has refused a medal awarded to him by the Russian government in 2011.

“Please, give (the medal) to Russian mothers whose sons have been killed in this unjust war,” Kelly said in a tweet addressed to Russia’s former president and current deputy security council chairman Dmitri Medvedev earlier this month.

The ISS, a collaboration among the US, Canada, Japan, the European Space Agency and Russia, is split into two sections: the US Orbital Segment, and the Russian Orbital Segment.

At present, the ISS depends on a Russian propulsion system to maintain its orbit, some 250 miles (400 kilometres) above sea level, with the US segment responsible for electricity and life support systems.

NASA has said that it “continues working with all our international partners, including the State Space Corporation Roscosmos, for the ongoing safe operations of the International Space Station.”

In the latest blow to cooperation in space between Russia and the West, the European Space Agency (ESA) said Thursday that it was suspending participation in a Russian-European mission to land a rover on Mars.

Rogozin called the decision “bitter” but pledged that Roscosmos would carry out the mission on its own.

The Roscosmos director has also courted controversy in Kazakhstan, which leases the world’s oldest space launch facility to Moscow.

Kazakhstan has pledged to stay neutral in Moscow’s conflict with Kyiv despite being a member of Russia-led trade and security blocs.

It made no official statement on the rallies, which caused outrage among some Kazakhs on social media.

Estonia warns Russian residents they could be banned from EU if they answer draft to fight in Ukraine
EU approves up to $5.2 billion in public funding for hydrogen projects
Ukraine’s counteroffensive explained
Draft-age Russians flee country as plane ticket prices soar and border crossings increase
The real MVP moment of Aaron Judge’s season