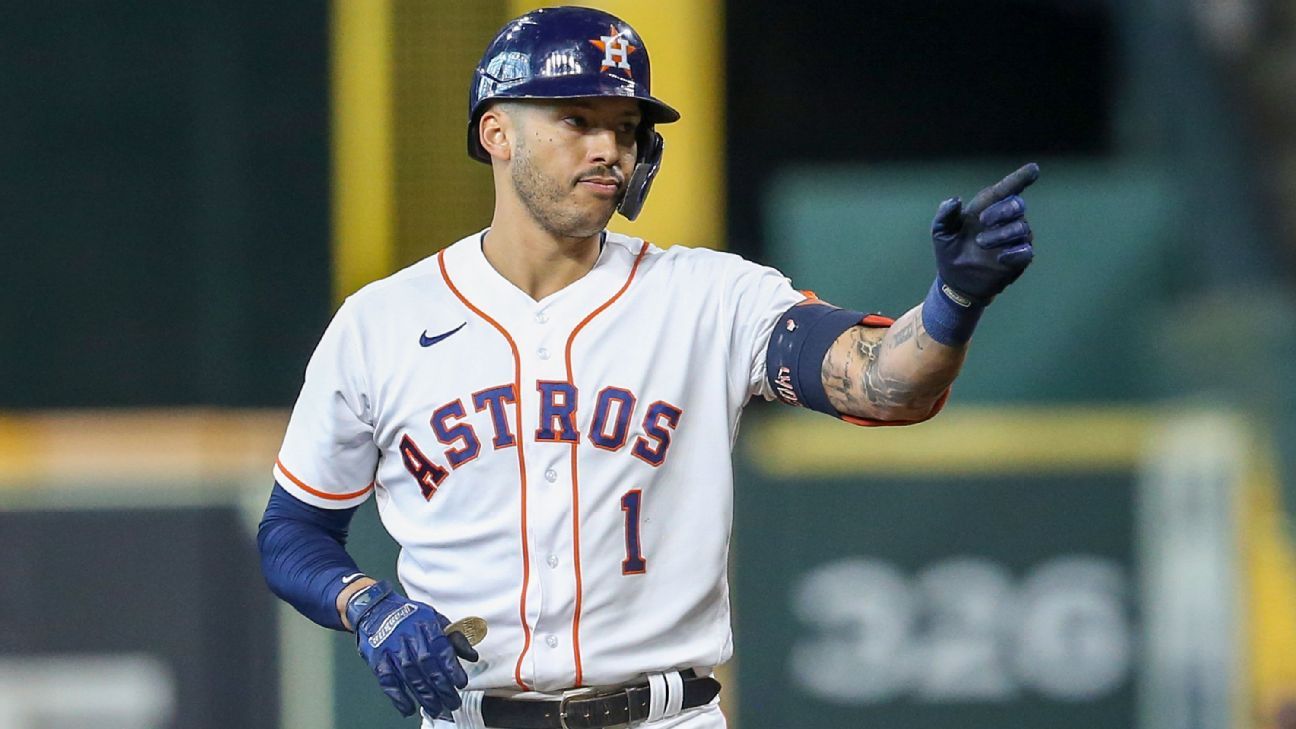 Shortstop Carlos Correa and the Minnesota Twins are in agreement on a three-year, $105.3 million contract that includes opt-outs after the first two seasons, sources confirmed to ESPN’s Jeff Passan.

Correa’s deal will pay him $35.1 million in each of the three years, sources said.

Correa, 27, is coming off perhaps his best season, posting a career-best 7.2 WAR, according to baseball-reference.com, which ranked third in the American League. He hit .279 with 26 homers, 92 RBIs and 104 runs scored for the Houston Astros. The oft-injured Correa played in 148 games, his most since the 2016 season.

It was also Correa’s most decorated season. He appeared in the All-Star game, finished fifth in AL MVP balloting, won his first Gold Glove at shortstop, and was awarded a Platinum Glove by Rawlings as the AL’s top overall defender. Since Correa broke in for the Astros in 2015, he ranks sixth among all position players in WAR (34.1).

For all his regular-season exploits, Correa has been even more accomplished during the postseason. Since his first appearance for Houston in 2015, Correa ranks third among all players in postseason homers (18). His 59 RBI at playoff time are 10 more than any other player during that span.

Still, Correa remains a controversial figure because of his association with the sign-stealing scandal that tainted the Astros’ 2017 World Series title, and his adamant defense about the legitimacy of the championship. Before the 2020 season, he told reporters, “When you analyze the games, we won fair and square. We earned that championship.”

Despite the controversies, Correa is respected around the game as a clubhouse leader. Astros manager Dusty Baker said of Correa during the 2021 playoffs, “If your best player is not a good leader, they can take you down the wrong road. Carlos is in the great category.”

Correa became a free agent after rejecting the Astros’ qualifying offer, worth $18.4 million. As a result of his departure, Houston will recoup a compensatory draft pick.

Correa was the top overall pick of the 2012 amateur draft after being selected by Houston out of the Puerto Rico Baseball Academy. He then went on to win AL Rookie of the Year honors in 2015.

The deal was first reported by Fox 26 Houston.