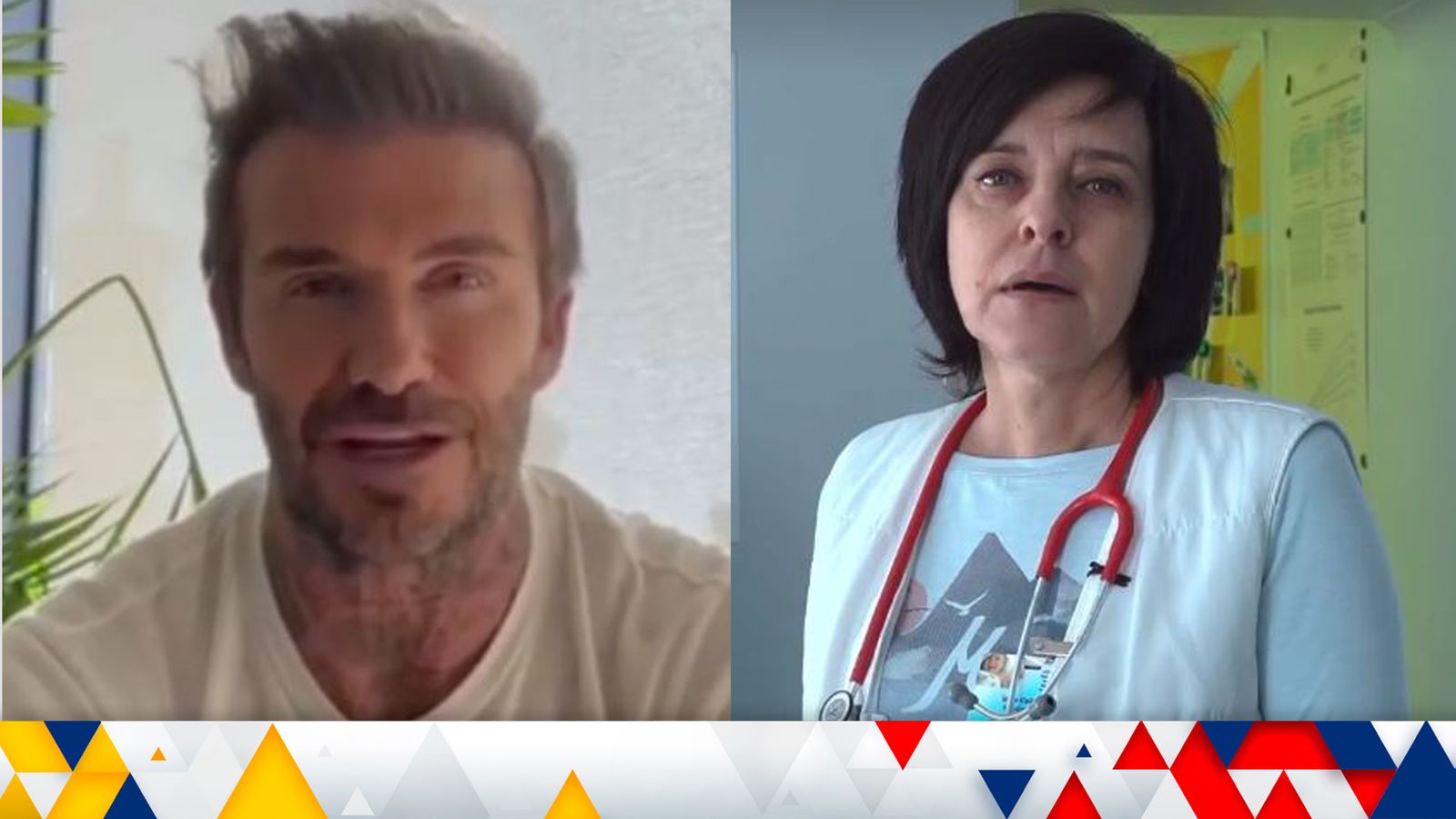 Iryna, who is the head of the regional perinatal centre and a child anesthesiologist, posted images of the centre on the former Manchester United, Real Madrid and England footballer’s Instagram story on Sunday.

She showed doctors treating newborn babies, shared images of the basement where patients were moved during the start of the war and showed the machines which have been donated by UNICEF, a charity Beckham is an ambassador for.

Iryna said that on the first day of the war, pregnant women and mothers “were evacuated to the basement”.

“It was a terrible three hours that we spent together. Unfortunately, we can’t take babies who are in intensive care to the basement because they rely on life-saving equipment,” she said.

“The first days were the most difficult. We had to learn how to work with bombings and strikes.”

The doctor said she stays at the facility all day and as well as conducting her duties as the head of the centre, she works as a paediatric anesthesiologist, works on logistics and offers emotional support to patients.

Iryna posted about Yana and her baby son Mykhailo, who was born on the second day of the war with breathing problems.

“He is better now but his family’s house was destroyed and they can’t go back,” she said.

She added that UNICEF has been delivering medical supplies to Ukraine for years and the oxygen generators “help provide oxygen for children in the basement”.

• Russia says it struck Ukraine with cruise missiles from ships in the Black Sea and Caspian Sea
• Some 56 people were killed after Russian troops opened fire on an old people’s home in the city of Kreminna, Ukraine claims
• Ukraine’s deputy prime minister tells Sky News she believes genocide is being committed against Ukrainian people
• Pope Francis has denounced Russia’s “repugnant war” against Ukraine as “cruel and sacrilegious inhumanity”
• Ten million people have been displaced inside Ukraine or have fled abroad, the UN says
• UK Chancellor Rishi Sunak defends Boris Johnson for comparing Ukrainians fighting Russia’s invasion with British people voting for Brexit

“We are probably risking our lives but we don’t think about it all. We love our work. Doctors and nurses here, we worry, we cry but none of us will give up,” Iryna said.

Since the start of the war, the northeastern city of Kharkiv has been one of the sites of heavy fighting between Ukrainian and Russian forces.

The battle for the city has been described as one of the deadliest in the invasion, with a Ukrainian presidential advisor describing it as the “Stalingrad of the 21st century”.

‘Heartbreaking to see innocent children living in a war zone’

Since the war began in Ukraine, Beckham, who is the co-owner of Inter Miami CF and co-owner of Salford City, has been posting about the impact of the conflict on children.

“The situation in Ukraine is devastating and terrifying for its people. Like any parent it is heartbreaking to see the effect on innocent children that are now living in a war zone,” he wrote on 27 February.

“As conflict escalates so do the needs of children.”

In another post on 11 March, Beckham said: “More than 1 million Ukrainian children have become refugees in the past two weeks. Thank you so much to everyone who has donated to my 7 Fund for @UNICEF Emergency Appeal.

“I spoke to UNICEF’s James Elder in Lviv, Ukraine to see how our donations are helping them get aid to those that need it most. It is truly heroic work in appalling conditions for children and their families.”

El Salvador’s $425 million bitcoin experiment isn’t saving the country’s finances
The PR attempt to separate JK Rowling from Harry Potter and why it’s important
Tencent wants to be foreign automakers’ go-to company for tech in China’s electric car market
The race to make green hydrogen competitive is on. And Europe is building industrial-scale electrolyzers to help
Where in the world is Ash Barty?