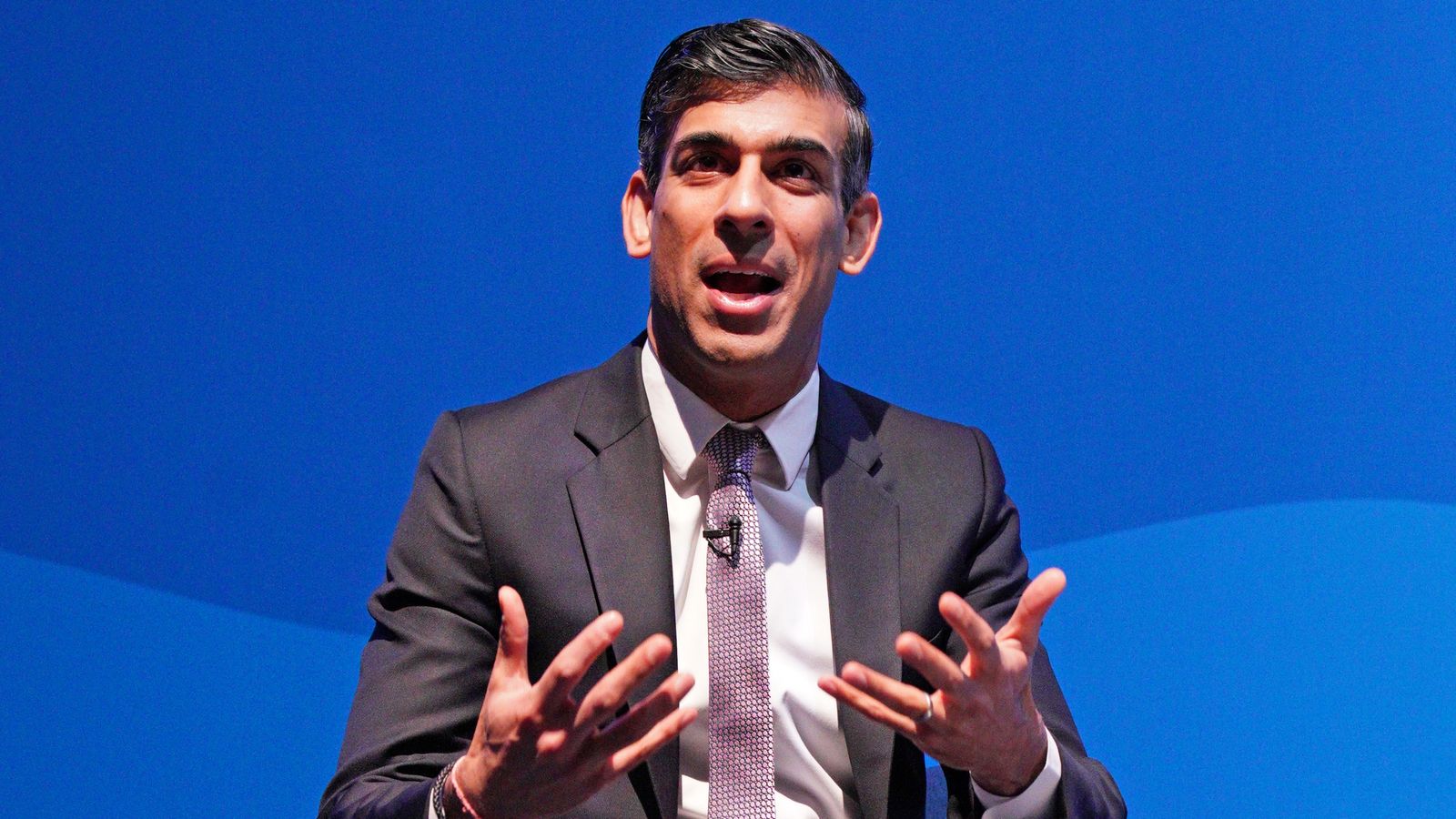 Rishi Sunak has said sanctions against Russia “are not cost free” for British people and he cannot completely protect them “from dififcult times ahead”.

The chancellor acknowledged sanctions imposed on Russia for invading Ukraine will add to the cost of living crisis ahead of energy bills soaring on 1 April.

He told Sky News’ Sophy Ridge on Sunday programme: “The actions and steps we’re taking to sanction Russia are not cost free for us here at home.

“I can’t pretend that it’s going to be easy, that government can solve every challenge or I can completely protect people against some of the difficult times ahead.” 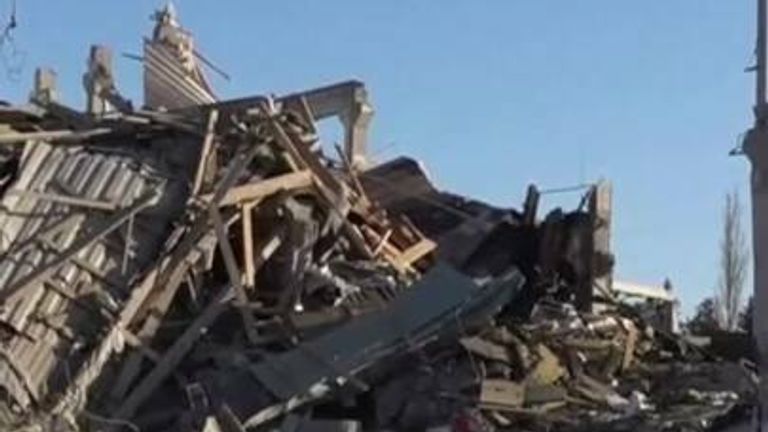 Day 24 of Russia’s war in Ukraine.

Read more: How much does Russian export to the UK and why it will add to cost of living crisis

Mr Sunak added that he wants people to know he “will stand by them in the same way that I have done over the last couple of years to try and make a difference where I can”.

Energy prices to rise in a fortnight

In just under a fortnight’s time, on 1 April, the energy price cap will increase by 54% as global gas prices have soared over the past six months.

To help with the increase, the government announced last month households in Council Tax bands A-D in England will get a £150 rebate from April and all domestic electricity customers will get £200 in October off their energy bills, which will be repaid from people’s bills over five years from 2023.

Mr Sunak added: “Where we can make a difference, of course, we will. But I get that this is difficult.”


‘Economy uncertain due to Ukraine’

He refused to speculate on whether the UK is at a high risk of recession but said people “should feel confident about the strength of our economy”, which he added was the fastest growing in the G7 last year.

The chancellor said the “fundamentals” of the British economy are “really good” due to government action taken to recover from the pandemic.

However, he added: “The outlook is uncertain because of what’s happening in Ukraine”. 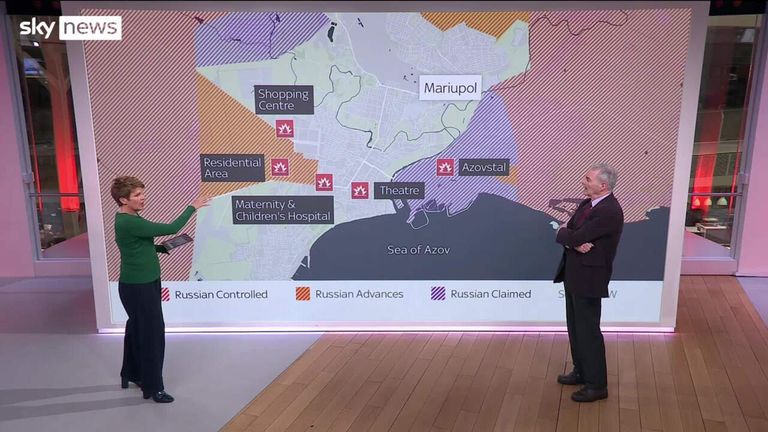 Labour’s shadow chancellor Rachel Reeves told Sophy Ridge on Sunday “we need more than warm words from the chancellor” as she urged him to relieve pressure on the cost of living on Wednesday, when he delivers his spring statement.

She called on the government to implement a “windfall tax” on the profits of North Sea oil and gas companies, which have seen massive profits as energy prices rise.


The comparison has received a backlash from opposition parties.

Speaking at the Conservative Party’s spring conference on Saturday, Mr Johnson said: “I know that it’s the instinct of the people of this country, like the people of Ukraine, to choose freedom, every time. I can give you a couple of famous recent examples.

“When the British people voted for Brexit in such large, large numbers, I don’t believe it was because they were remotely hostile to foreigners.

“It’s because they wanted to be free to do things differently and for this country to be able to run itself.” 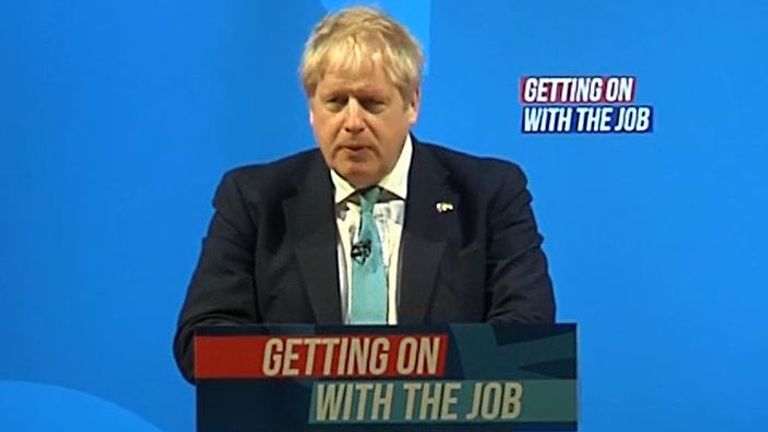 Boris Johnson tells the Conservative spring conference that the UK voted for Brexit ‘to be free’.

But Mr Sunak said “of course” the two situations “are not analogous” and said he does not think the PM believes that either.

Labour’s Ms Reeves said Mr Johnson should apologise to the people of Ukraine for his “deeply insulting” and “crass” words.

Europe is set to ramp up its oil war against Russia — and markets are bracing for more disruption
2.3m households missed an essential payment in January, data reveals
From pranks to bonding among the NFL’s elite, Pro Bowl Games are about making memories
London activates emergency weather ‘protocol’ as England cold alert extended
‘Coming very soon!’: Jeremy Renner shares image of new show which will be out ‘as soon as I’m back on my feet’