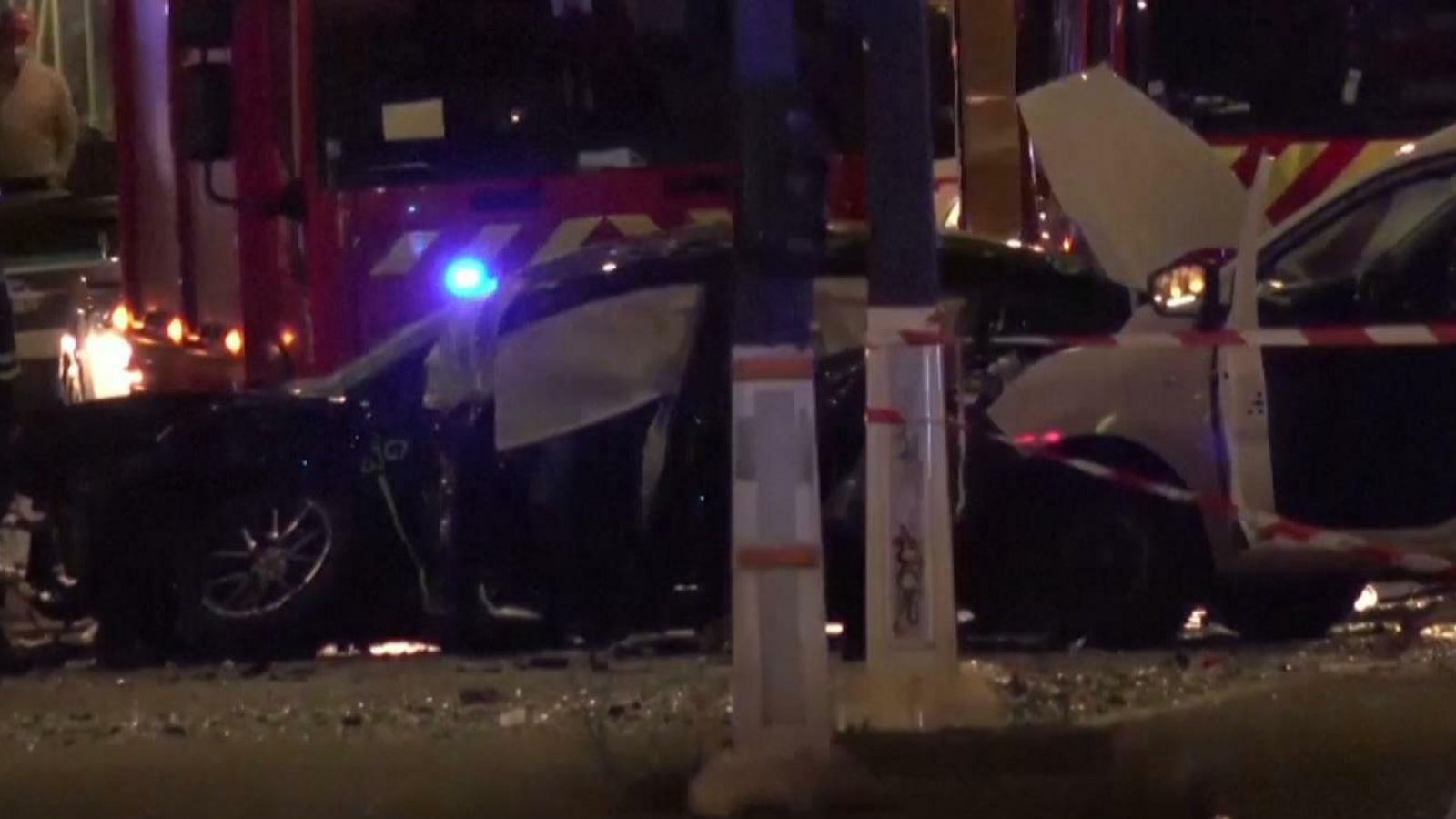 A taxi driver has filed a legal complaint against Elon Musk’s car company, his lawyer said on Sunday, just months after his Tesla Model 3 was involved in a crash in Paris that killed one person.

In December 2021, the off-duty taxi driver’s Tesla crashed through metal posts, a row of pay-to-ride bikes and a recycling bin full of glass, hitting pedestrians and a van before stopping.

The unnamed driver told police at the time that the car had accelerated on its own and he was unable to activate the brakes.

In the days after the accident, the French government said Tesla had told it that there was no immediate indication of a technical fault, but the taxi firm G7 suspended the use of the model in its fleet.

Sarah Saldmann, who is representing the driver, said her client filed a criminal complaint with public prosecutors in Versailles on Friday, alleging Tesla “put the lives of others in danger”.

Tesla did not respond to Sky News’s request for comment.

Ms Saldmann declined to comment on whether the complaint has been made on the basis of unpublished initial conclusions from investigators.

As well as leaving one person dead, three others were seriously injured and another 17 hurt in the accident in the 13th arrondissement of Paris, which is lined with bars, restaurants and shops.

The taxi driver is under formal investigation for manslaughter but hasn’t been charged, while he also tested negative in an alcohol test after the crash.

The public prosecutor’s office in Versailles will now decide whether Tesla has a case to answer.

Tesla collects detailed data from the sensors and cameras on its vehicles and has used such data in the past to challenge claims that accidents were caused by malfunctioning technology.

Labour pushes for 13,000 more neighbourhood police officers
Tech stocks just finished a five-week rally — the longest stretch since market peak in November 2021
Family and friends insist ‘no evidence’ behind police theory Nicola Bulley fell in river
Retired general explains why tanks are so significant on the battlefield
I Heard It Through The Grapevine writer and Motown’s first star dies aged 81