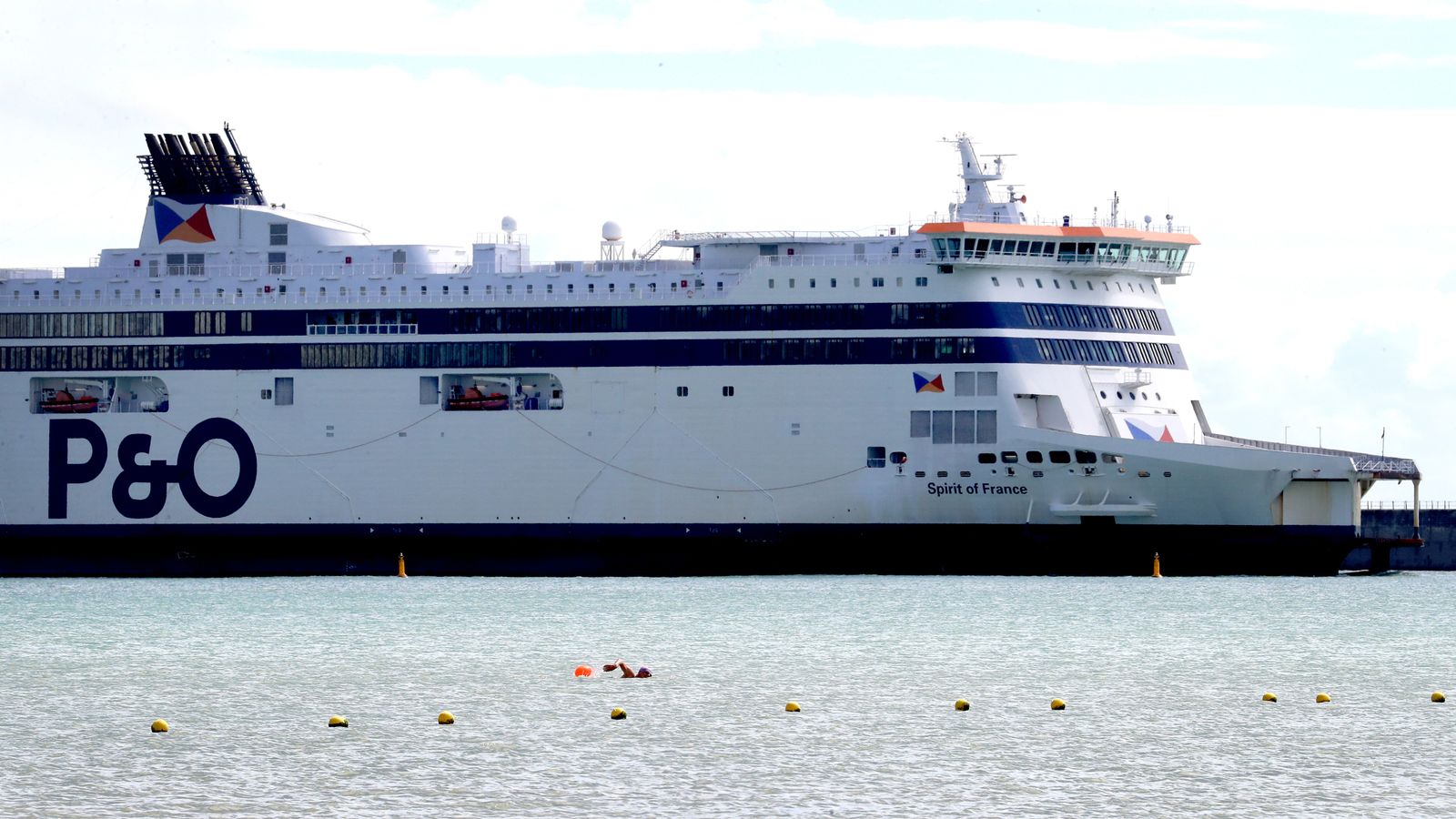 Labour will force an emergency vote in parliament to demand the government takes action to outlaw the so-called fire and rehire of staff after more than 800 P&O workers were sacked on the spot.

The party said reports suggest the government was aware of the sackings before they were announced, as well as the plan to use “exploitative” practices to take on cheaper employees.

The Rail, Maritime and Transport union has claimed replacement crews are being paid less than minimum wage.

‘A line in the sand’

Louise Haigh, the shadow transport secretary, described the sackings as “a line in the sand” ahead of the vote in parliament on Monday.

Read more:
Couple marched off P&O ship ‘like criminals’ after 31 years of service

Labour will call on the government to suspend contracts with P&O owners DP World until the matter is resolved and to remove it from its Transport Advisory Group.

Ms Haigh said: “Labour will fight every step of the way for the jobs and livelihoods of these loyal workers.

“This scandalous action must be a line in the sand. If P&O Ferries can get away with this, it will give the green light to other exploitative employers.

“It is the consequence of the Tory assault on workers’ rights.

“A Labour government will strengthen employee protections and ban fire and rehire to give people the security they deserve for an honest day’s work.

“On Monday, Tory MPs must join with Labour and vote to ban cruel fire and rehire for good. They must decide which side they are on – loyal workers in Britain or billionaires riding roughshod over rights.”

The Department for Transport said: “Ministers and officials have expressed their outrage and frustration at P&O Ferries on their decision and handling of their announcement, and are closely considering the department’s relationship with the company.

“The Transport Secretary has instructed a total examination of any contract in place with P&O Ferries and DP World across Government, and the department is working closely with unions, the Department for Work and Pensions and industry bodies to ensure that workers are supported and signposted to the most relevant support.

“We have serious concerns that their handling may not have followed the correct and legal processes, and strongly urge P&O Ferries to pause the changes announced, and speak with workers to repair the damage caused.”