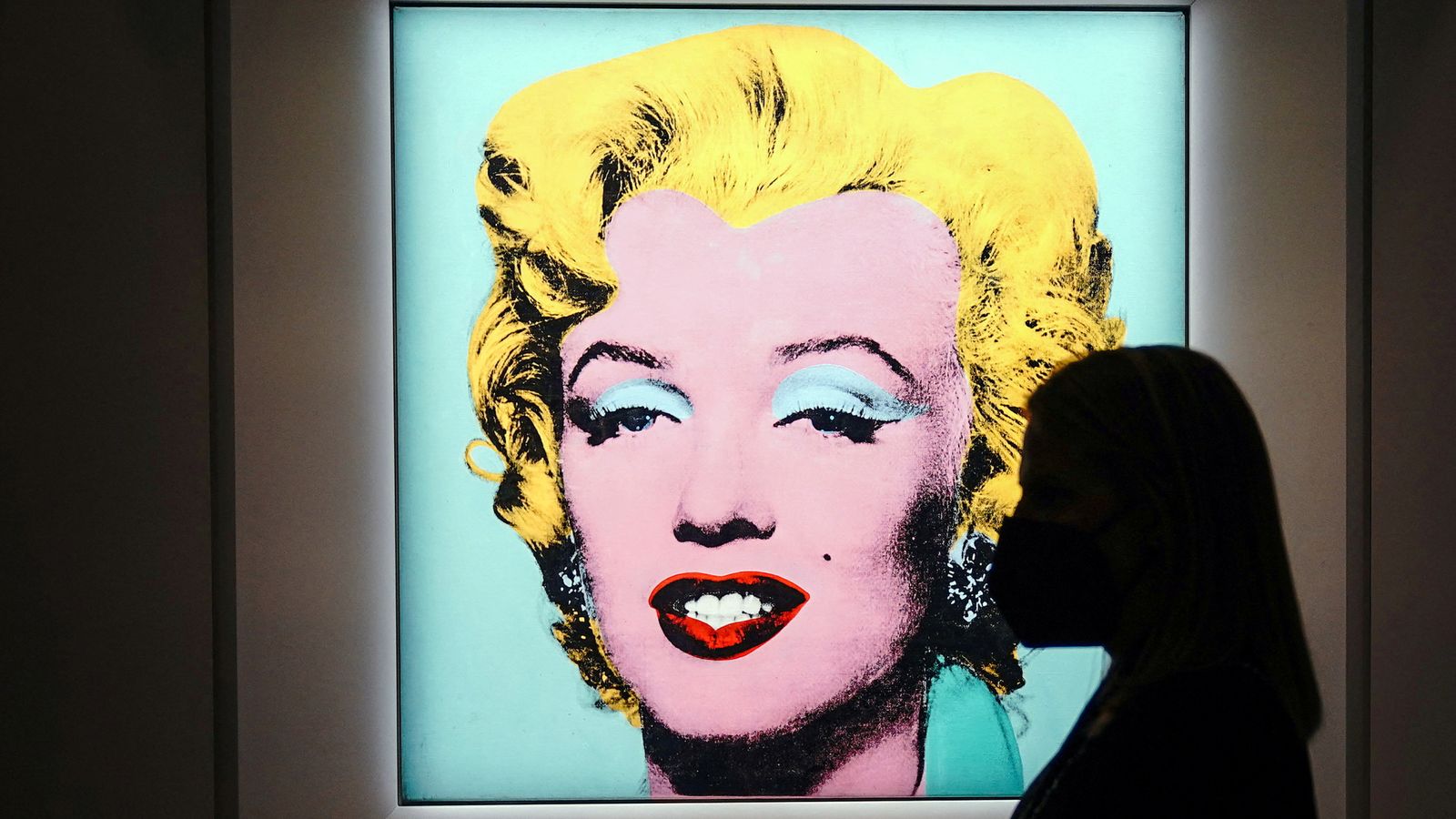 A famous image of Marilyn Monroe created by Andy Warhol is on track to become the most expensive 20th century artwork ever auctioned.

The silkscreen image known as Shot Sage Blue Marilyn is expected to sell for around $200m (£151m), according to auction house Christie’s.

The work – a close-up of Monroe with her hair in yellow, blue eyeshadow, and bright red lips – was created in 1964.

He painted a few portraits of Monroe following her death two years earlier, inspired by a promotional photo for the 1953 film Niagara by Henry Hathaway.

The screen-printing technique he used was a departure from the mass production techniques he was best-known for.

Each was painted on a background of different colours – red, orange, blue, sage blue (the one being auctioned), and turquoise.

And the first four were pierced with a single bullet by a performance artist called Dorothy Podber, who saw the paintings stacked against one another in the studio and asked Warhol if she could “shoot” them.

Warhol apparently thought she meant “photograph” them, and agreed.

But Ms Podber then pulled a revolver from her purse and fired into the stack of paintings.

The fifth painting – the one with the turquoise background – was not in the stack, and escaped any damage.

The bullet holes on the other four works were later repaired.

The sage blue painting has been exhibited in museums around the world and is being offered for sale by the Thomas And Doris Ammann Foundation Zurich.

The foundation helps children with healthcare and education.

It was Swiss gallerist Thomas Ammann who bought the painting, for an undisclosed amount, in the early 1980s.

After he died in 1993, his sister Doris ran his gallery until her death last year.

The foundation was established in their honour and proceeds of the sale will go towards its work.

Alex Rotter, Christie’s chairman of 20th and 21st Century Art, said the work is the “most significant 20th century painting to come to auction in a generation”.

“Andy Warhol’s Marilyn is the absolute pinnacle of American Pop and the promise of the American Dream encapsulating optimism, fragility, celebrity and iconography all at once.”

If the work does sell for the estimated price, it would shatter Warhol’s current auction record – set in 2013 by Silver Car Crash (Double Disaster), which fetched $105.4m (£80m).

Warhol’s Shot Sage Blue Marilyn will be auctioned in May.