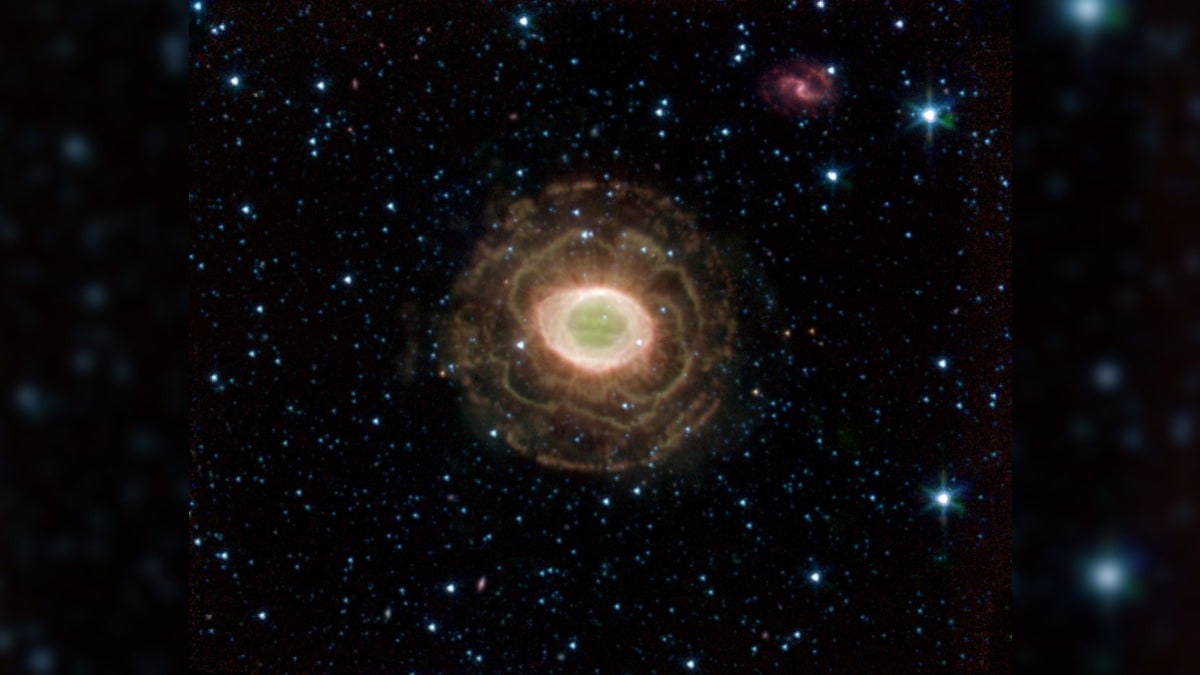 NASA has shared a stunning image of a “cosmic flower in bloom” on Instagram. The photograph showed a heavenly entity resembling a flower in the Ring Nebula, which is located about 2,000 light-years away from us, in the constellation Lyra. The image, which showed a halo around the planetary nebula appearing like floral petals, was captured by NASA’s now-retired Spitzer Space Telescope. The outer shell of this planetary nebula is formed from material ejected from a dying star, the space agency said.

The Ring nebula, also known as M57, is the glowing remains of a Sun-like star with an apparent magnitude of 8.8. French astronomer Antoine Darquier de Pellepoix had discovered it in 1779. The “ring” at the centre of this nebula is a thick cylinder of glowing gas and dust around the doomed star. As the star begins to run out of fuel, its core will become smaller and hotter, boiling off its outer layers, NASA said.

The Spitzer telescope has detected this nebula using its infrared array camera, showing in detail the outer regions, which appear like petals. Spitzer could detect infrared light from hydrogen molecules that absorb ultraviolet radiation from the star. Previous images, taken by visible-light telescopes, usually showed just the inner glowing loop of gas around the withering star. Because it can be viewed easily and is tilted towards Earth, the Ring nebula is an easy target of amateur astronomers.

NASA launched the Spitzer telescope, formerly known as Space Infrared Telescope Facility, in August 2003. It was decommissioned in January 2020. During its years of operation, Spitzer discovered a giant ring of Saturn, revealed a system of seven Earth-size planets around a star 40 light-years away, and studied the most distant known galaxies.

NASA regularly shares images on its social media accounts to let users see what astronomers have discovered in the vast universe.