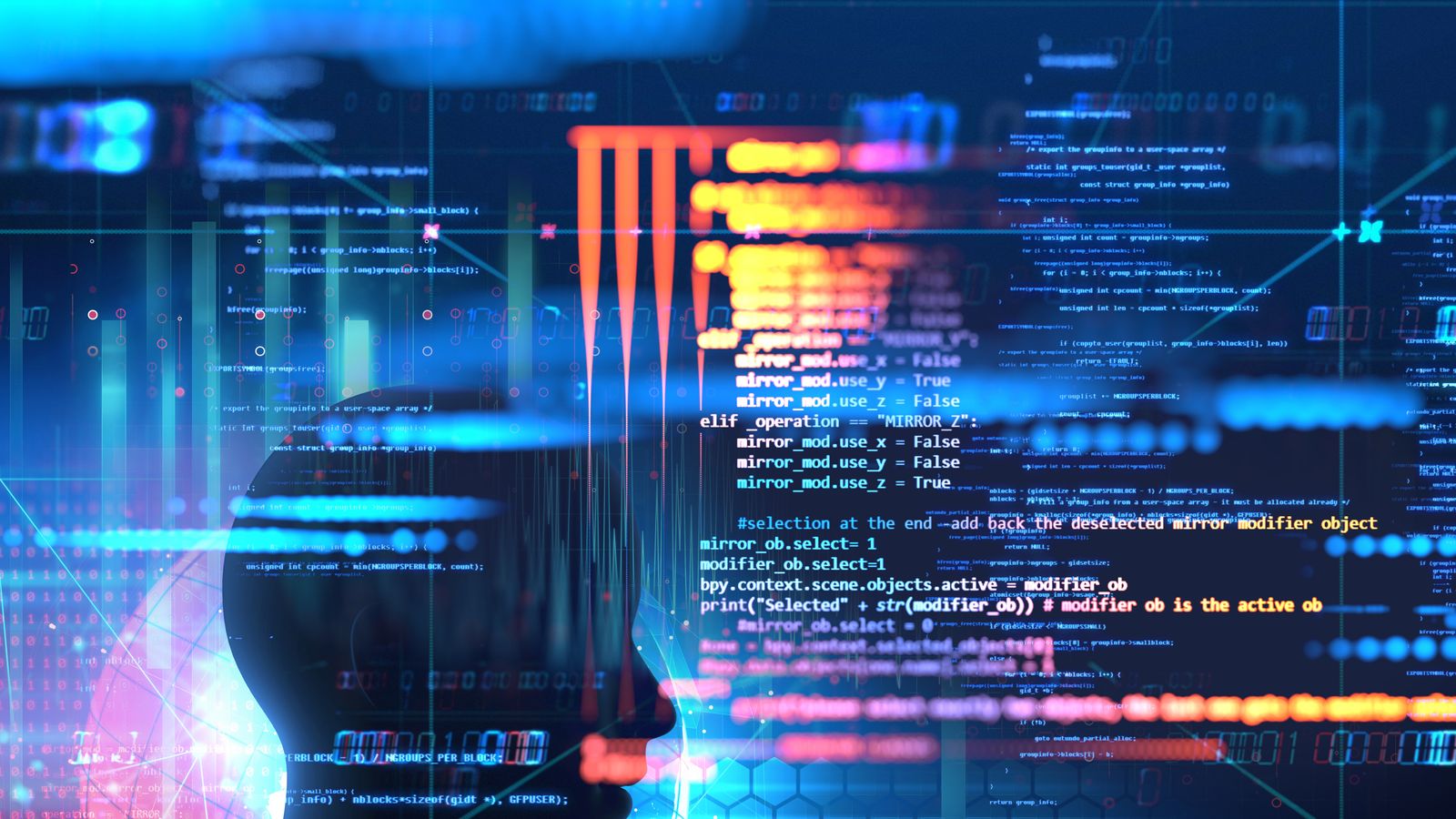 The UK’s data protection watchdog said he is “very much in favour of algorithmic transparency” amid government proposals to loosen existing regulations and deliver a Brexit dividend.

Westminster sources, including parliamentarians and civil servants, have told Sky News they see growing tensions in Whitehall over the future direction of the UK’s data protection regime.

The issue is particularly fraught when it comes to supporting the artificial intelligence (AI) industry and the potential economic and security benefits it could bring, while ensuring that the technology doesn’t outpace protections for individual rights.

In an interview with Sky News, the new information commissioner, John Edwards, stressed the value of making sure that algorithms which impact people’s lives can be properly scrutinised.

It followed a scandal in which thousands of angry students saw their A-level results downgraded by an allegedly biased algorithm.

Mr Edwards cautioned: “When you look at the competition between the protection of commercial interests and intellectual property in the US, and transparency, IP has won over.”

Sentenced by an algorithm

He cited the case of Eric Loomis, a man sentenced to six years imprisonment with the assistance of a proprietary algorithm that found he was a high risk for reoffending.

Loomis appealed against this sentence in a case that went all the way to the US Supreme Court, but ultimately was not allowed to review the algorithm.

This was “because the court valued the commercial interest of the algorithm owner over the need for that person to have transparency of what factors had contributed to that sentencing decision”.

“Now I think that is patently wrong and I would certainly not support that here. I think regulators have a job to rebalance information asymmetries in favour of consumers,” he explained.

Technology companies using AI to make decisions “are motivated and incentivised to talk up the reliability and accuracy of their product, and talk down any risks” he added.

“Those (claims) have to be independently verified. So I am very much in favour of openness about the operation of algorithms that can affect people’s access to good and services or rights and benefits.”

Among the major issues in Westminster was a taskforce led by Sir Iain Duncan Smith which published what it described as a “rapid” criticism of how data protection regulations were harming the growth of Britain’s AI industry, and did so before the civil service could get out its own white paper on the topic.

The Taskforce on Innovation, Growth and Regulatory Reform (TIGRR) idea was to focus “on those areas that could see change happen quickly and have an economic impact within the next few years”.

The Information Commissioner’s Office (ICO) subsequently warned: “Removing the right to human review is not, in our view, in people’s interests, and is likely to reduce trust in the use of AI.”

Speaking at a Westminster Policy Forum event in January, Harry Lee, the deputy director for data protection and data rights at the Department for Digital, Culture, Media and Sport (DCMS), suggested the department would not follow TIGRR’s recommendation.

“Improving the efficacy of safeguards… rather than removal (of Article 22) is I think the more fruitful area of work for us over the coming months,” said Mr Lee, speaking to industry delegates who had repeatedly opposed scrapping the law.

Sky News understands this work is focused on establishing a higher threshold for when individuals are entitled to a human review of an automated decision.

A government spokesperson said: “Our proposed reforms will help us seize major new opportunities for the UK since we left the EU.

“Building on the strong privacy protections and responsible use of data in the GDPR, we will forge new data partnerships around the world which will unlock an economic boost worth billions to UK businesses.”