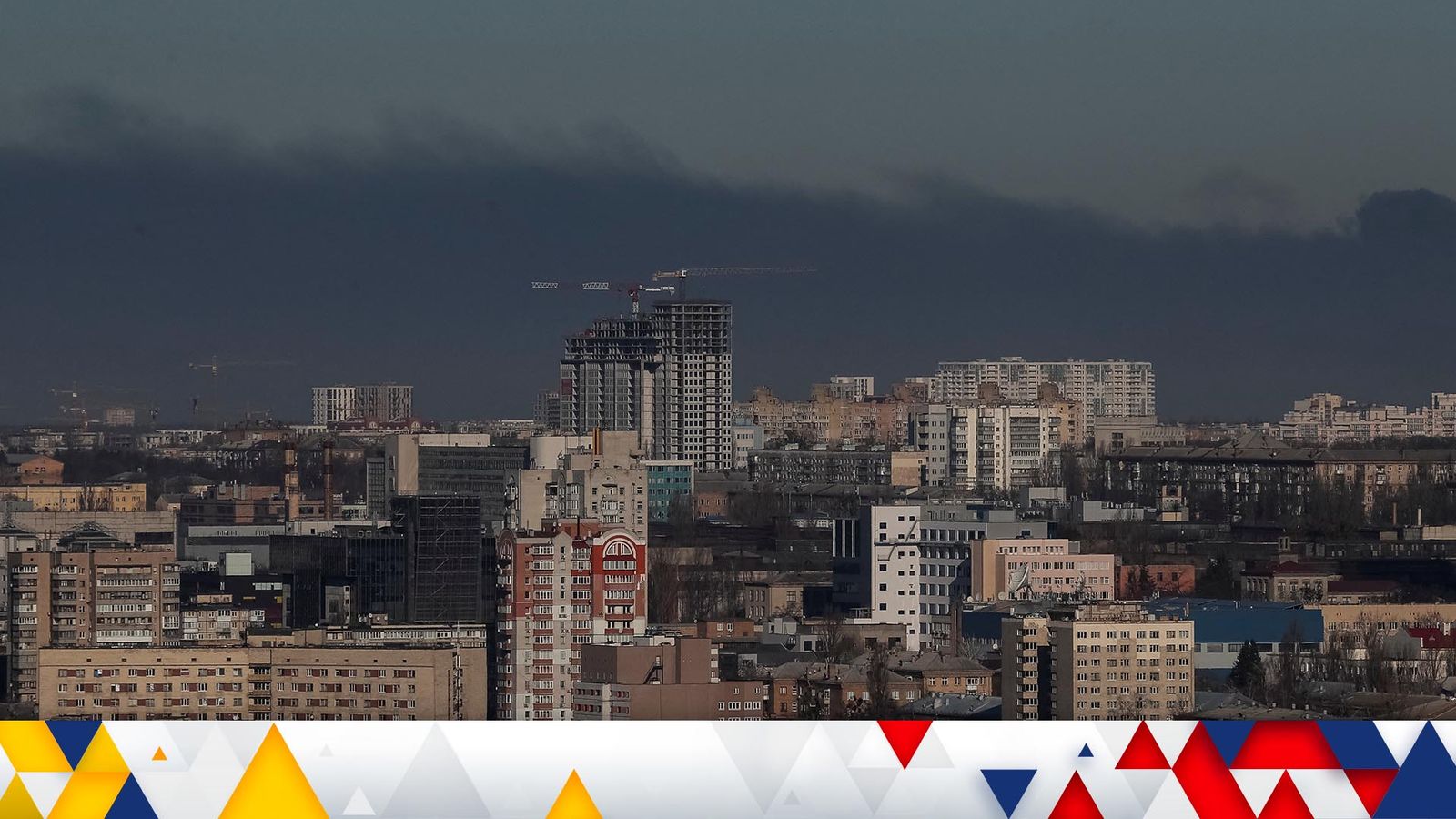 The Ukrainian army said in the early hours of Tuesday that it had forced Russian troops out of Makariv – a strategically important Kyiv suburb – after a fierce battle, retaking control of a key highway to prevent the invading forces from surrounding the capital from the northwest.

But Ukraine’s defence ministry said Russian forces advancing on the capital were able to partially take over Bucha, Hostomel and Irpin.

Russia has also seized a “land corridor” with the Crimean peninsula, which it annexed in 2014, and is blocking Ukraine’s access to the Sea of Azov, Ukraine’s armed forces said.

Ukrainian forces are still holding off Russian attempts to capture the southern port city of Mariupol – which on Monday refused to surrender.

• Ukrainian President Volodymyr Zelenskyy says he is prepared to compromise on Ukraine’s bid to seek NATO membership in exchange for a ceasefire, the withdrawal of Russian troops and security guarantees
• US warns businesses to be prepared for Russian cyber attacks
• The United Nations says nearly 3.4 million people have fled Ukraine for neighbouring countries since the start of the war on 24 February 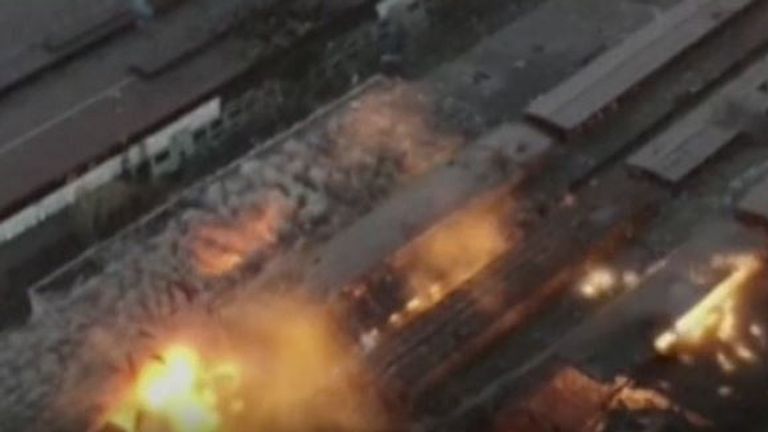 Despite heavy fighting, Ukrainian forces continue to repulse Russian attempts to occupy the southern city of Mariupol, according to the UK’s Ministry of Defence.

It says Vladimir Putin’s forces elsewhere have again made “limited progress” with most troops “largely stalled in place”.

However, it added: “Several Ukrainian cities continue to suffer heavy Russian air and artillery bombardment with the UN reporting that more than 10 million Ukrainians are now internally displaced as a result of Russia’s invasion.” 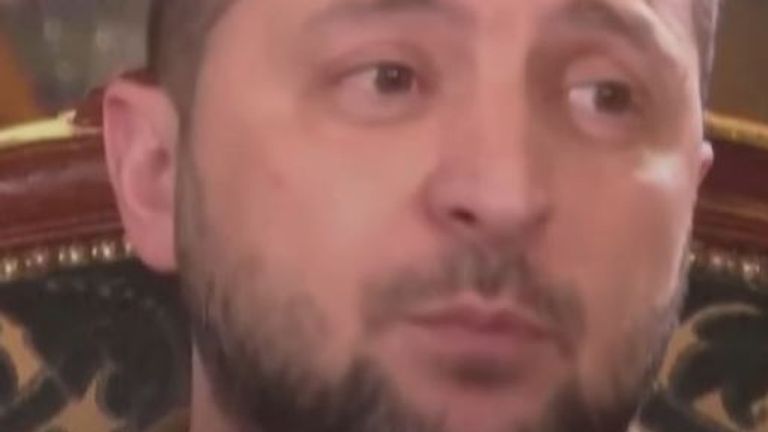 ‘Any changes would need a referendum’

Around 117 children have been killed in the conflict so far and 155 wounded, Ukraine has alleged.

The Ukrainian Parliament tweeted the figures, which it said included 58 child victims in Kyiv, 40 in Kharkiv, 31 in Chernihiv, 30 in Donetsk, 24 in Mykolaiv, 15 in Kherson and 14 in Sumy.

These claims have not been independently verified by Sky News. 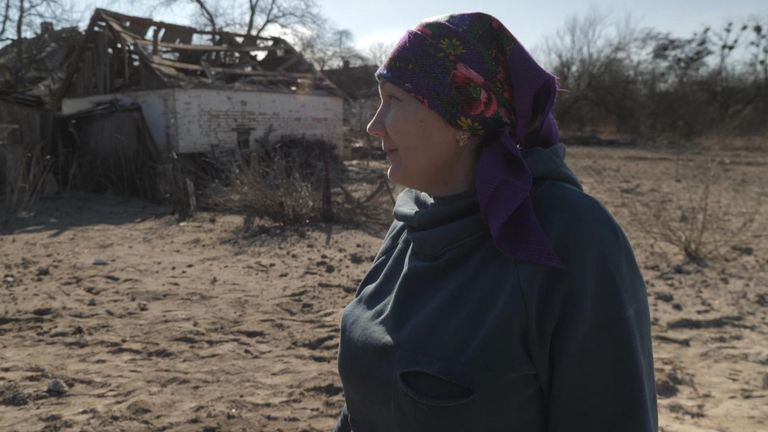 Russia’s false accusation that Ukraine has biological and chemical weapons is a “clear sign” Russian President Vladimir Putin’s “back is against the wall” and he is considering using them himself, US President Joe Biden has said.

He said the Russian leader’s “back is against the wall and now he’s talking about new false flags he’s setting up including, asserting that we in America have biological as well as chemical weapons in Europe, simply not true”.

“They are also suggesting that Ukraine has biological and chemical weapons in Ukraine. That’s a clear sign he’s considering using both of those,” he said. 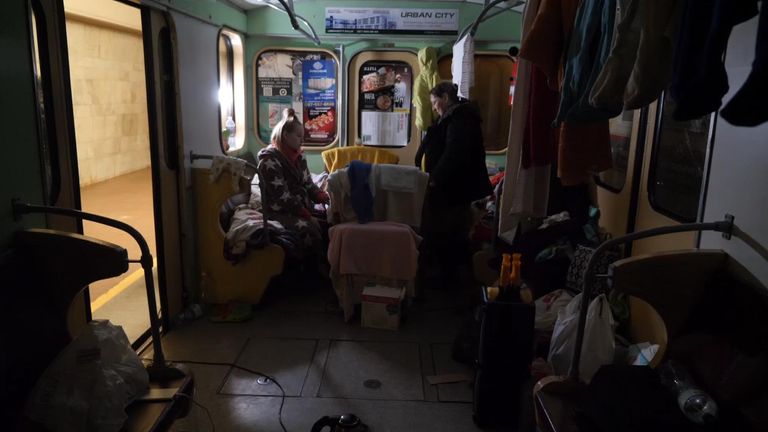 Living on trains under Kharkiv

The Ukrainian armed forces claims that 300 Russian troops refused to obey orders in the Okhtyrka region of Sumy in northeastern Ukraine, adding they then “left the area of the operation”.

In the past 24 hours, the Ukrainian Air Force dealt “devastating blows” to Russian equipment and manpower, conducted air battles and “intercepted air targets”, it also said in its latest update.

The statement added that nine “enemy air targets” were shot down by the Ukrainian military on Monday. This included one plane and two helicopters.

Diva bear can’t stop taking selfies on wildlife cam
‘Coming very soon!’: Jeremy Renner shares image of new show which will be out ‘as soon as I’m back on my feet’
Ofgem tells suppliers to suspend forced installation of prepayment meters, Sky News understands
Westminster’s ‘nepo babies’ are here to stay – whether we like it or not | Adam Boulton
Spot the Sussexes: Is that Harry and Meghan at Ellen DeGeneres’s surprise wedding vow renewal?