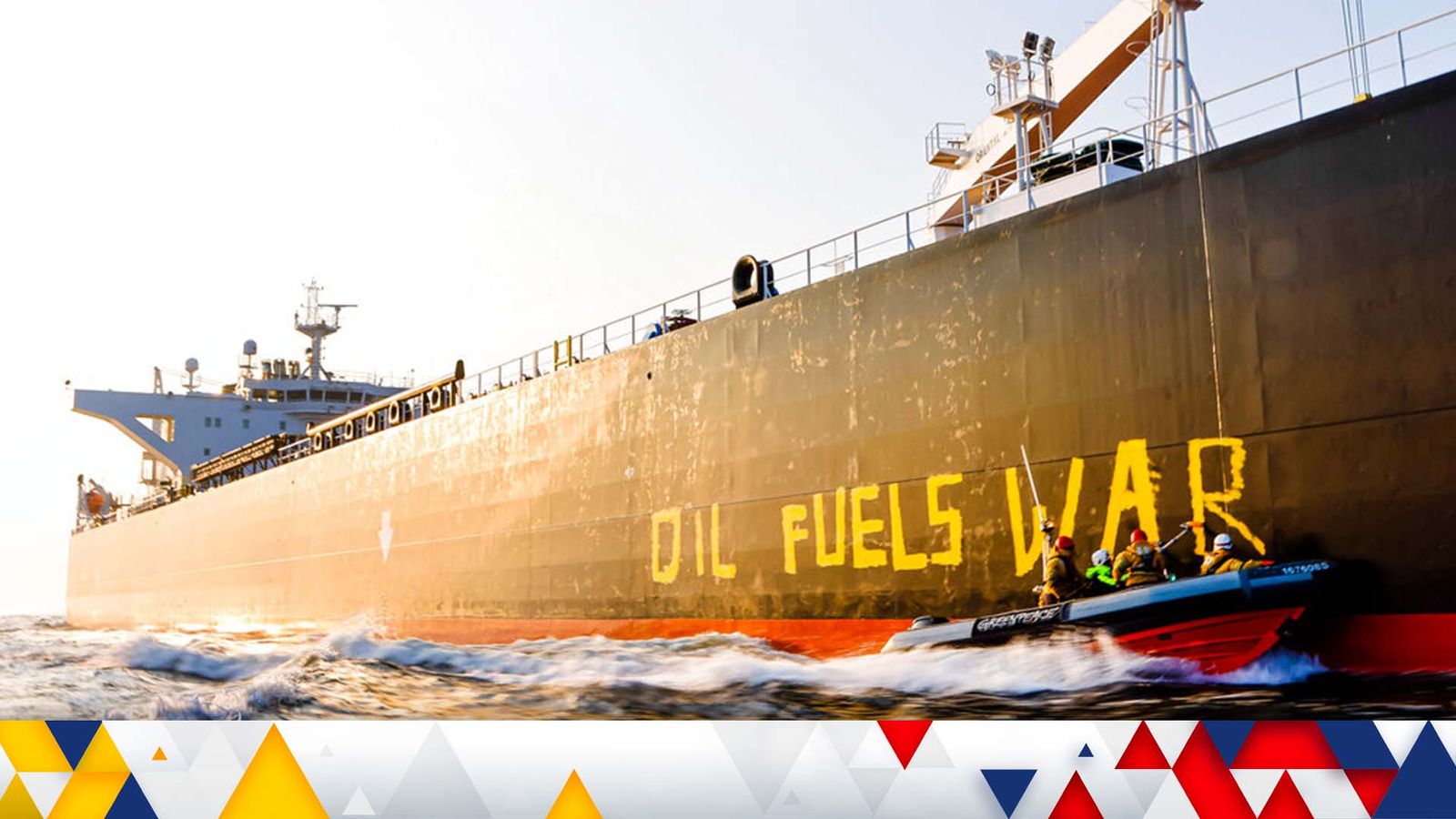 The US Energy Secretary Jennifer Granholm has told Sky News that as President Joe Biden flies to Brussels to discuss further sanctions against Russia, he will “not ask Europe to do things it simply cannot do” when it comes to weaning itself off Russian energy.

In an exclusive interview with Sky News, Ms Granholm acknowledged the US’ relative energy independence compared to Europe, which relies on Russia for 40% of its gas.

Despite Ukraine’s President Volodymyr Zelenskyy pleading for a more comprehensive international boycott of Russian energy, Germany for example has resisted calls for a full embargo, citing serious consequences for the European economy.

“The president is not going to be asking Europe to do things that they simply cannot do.”

Ms Granholm also said the US would not judge other nations in what she called an “emergency” scramble to be free of the influence of Vladimir Putin, including the “unpleasant” choices being made about getting alternative supplies of fossil fuels from Saudi Arabia, as Boris Johnson has been discussing, despite concerns about human rights issues.

“We are not making judgments about any country that has to get their source of fuel from anywhere if they can avoid getting it from Vladimir Putin,” she said.

“We are asking our own producers to increase supply of fossil fuels even as we have goals to move into clean (energy) because of the emergency that we are all in.

“We do not pass judgment on any of that. We understand that every country is in a different position and they have to supply fuel for their people.

“And we understand the importance of increasing the global supply of oil in particular… but that is ultimately a short term solution.”

“The medium and long term solution is switching our fuel systems so that we are relying not on Russia, not on Saudi Arabia, but ourselves, that we have energy independence, and that energy independence is coming from sources that cannot be controlled by dictators.

“No country has been held hostage for access to the sun, or for access to wind, so that’s why we have to accelerate to clean, even if in the short term we have to face some unpleasant choices about increased supply and potentially engaging in efficiency measures ourselves.”

Ms Granholm also insisted that the Ukraine crisis will only accelerate the transition to green energy rather than undermine global climate change goals.

She did concede that US emissions will increase in the short term because of an increase in production.

“We can walk and chew gum at the same time. We can increase supply for the immediate need, and we can accelerate our move to clean energy.

“In fact, the former only gives the fuel to the latter – we must accelerate so we are not held hostage to Vladimir Putin.

“I think energy security and the movement to clean energy are inextricably linked, and I think the Ukraine crisis has brought this to a head.”