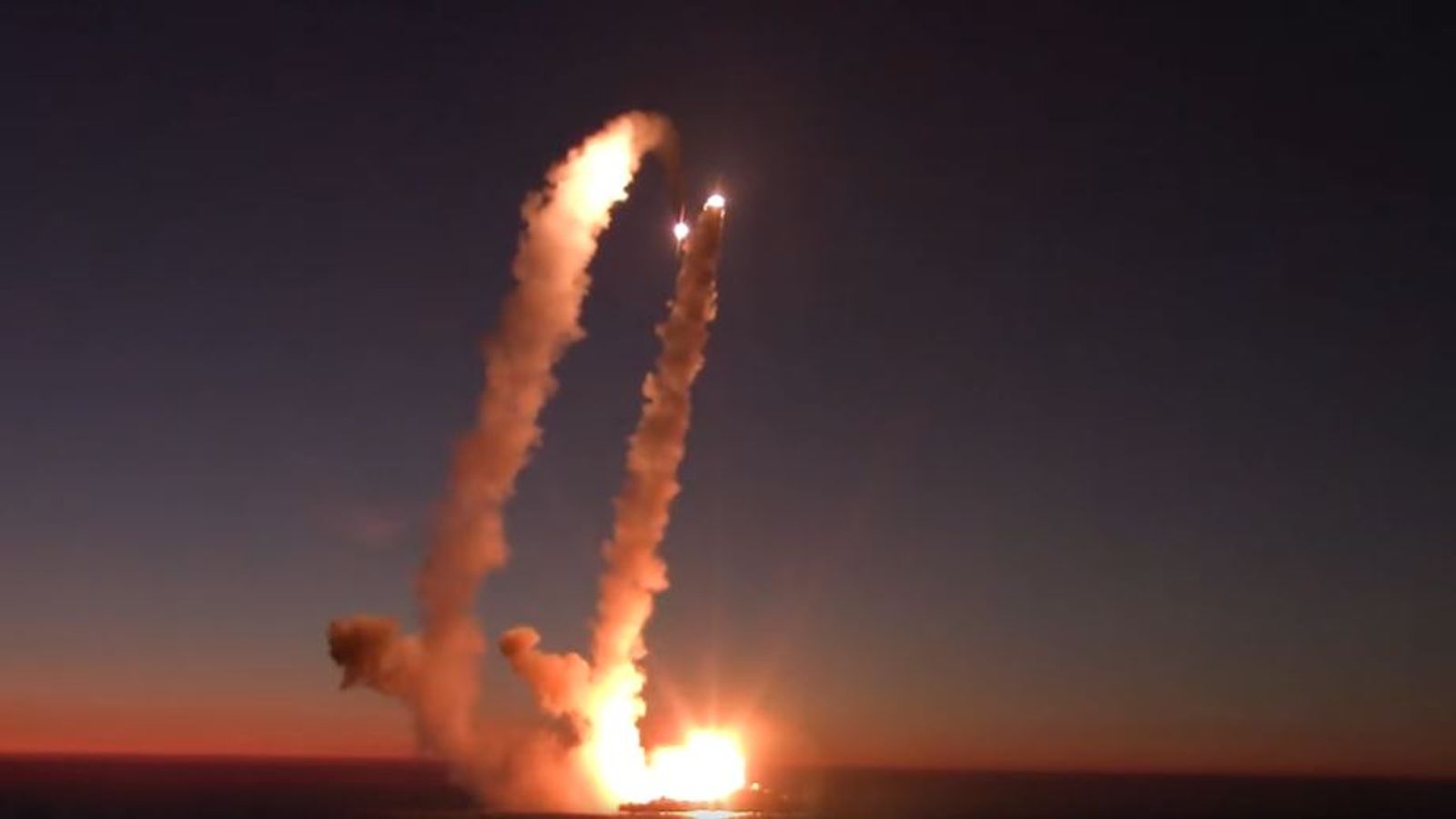 Russia claims it has launched missile strikes on a Ukrainian military infrastructure from the Black Sea in the northwestern city of Zhytomyr – around 96 miles from the capital of Kyiv.

A crew of a small missile ship off the Black Sea Fleet launched four Kalibr cruise missiles at military facilities belonging to the Ukrainian Armed Forces from the Black Sea, Russia’s Ministry of Defence said.

“As a result of an accurate hit, the high-precision weaponry destroyed weapons and military equipment depot on the territory of Zhytomyr Region,” it said, in a Facebook post with footage of the blasts.

Russia appeared to be scaling back its ambitions in Ukraine to focus on consolidating control of eastern areas, but the UK warmed that the bombardment of cities would likely continue.

Russia has previously pointed to far bigger ambitions but stiff resistance from Ukraine forces, logistical problems and reported low morale may have taken their toll.

Vladimir Putin’s forces have taken control of the town of Slavutych, where workers at the defunct Chernobyl nuclear plant live, the governor of Kyiv region Oleksandr Pavlyuk said on Saturday.

Mr Pavlyuk wrote in an online post that Russian troops had occupied the hospital in Slavutych and kidnapped the mayor. The reports are yet to be verified.

However, Sky News verified a video located to Slavutych showing demonstrators gathered outside Slavutych City Hall while gunfire can be heard.

Yesterday, Ukraine said its troops had repulsed the first attack by Russian troops closing in on the town.

Chernihiv ‘surrounded by the enemy’

The Ukrainian city of Chernihiv, in the north of the country, has been cut off by Russian forces, its regional governor said on Friday.

“The city has been conditionally, operationally surrounded by the enemy,” Viacheslav Chaus said, adding that it was being bombarded by artillery and warplanes.

There is also increasing evidence of mass graves in Mariupol – including one that appears to hold 200 bodies – the head of the UN’s human rights team in Ukraine has said.

Meanwhile, Deputy Prime Minister Iryna Vereshchuk announced on Saturday that 10 human corridors had been confirmed for the day across the country.

It comes as Ukraine’s prosecutor general office announced that at least 136 children have died since the Russian invasion a month ago.

Speaking on national television, she said civilians trying to flee the besieged port city of Mariupol would have to
leave in private cars as Russian forces were not letting buses through their checkpoints.

Ms Vereshchuk added that more than 100,000 people needed to be evacuated from the city.

On Friday, Ukrainian President Volodymyr Zelenskyy again appealed to Russia to negotiate an end to the war, but said his country would not agree to give up any of its territories for the sake of peace.

Vladimir Putin’s forces are under great strain in many parts of the country as the US and other countries have accelerated their transfer of arms and supplies to Ukraine.

The UK Ministry of Defence’s latest update on Saturday said the long-range onslaught of Ukraine cities shows no sign of letting up – with more deaths and injuries inevitable.

“Russia continues to besiege a number of major Ukrainian cities including Kharkiv, Chernihiv and Mariupol,” it tweeted.

The US also said Russian forces were no longer in full control of Kherson, the first city to fall after the invasion began.

It’s another apparent boost for Ukraine, which also claimed to have destroyed a Russian landing ship near the coastal city of Berdyansk this week.

Despite the counterattacks, the death toll mounts – and the council in the southern city of Mariupol said on Friday that it believed about 300 people had died in the bombing of a theatre last week.

It would make it the worst single loss of life in the month-long war. 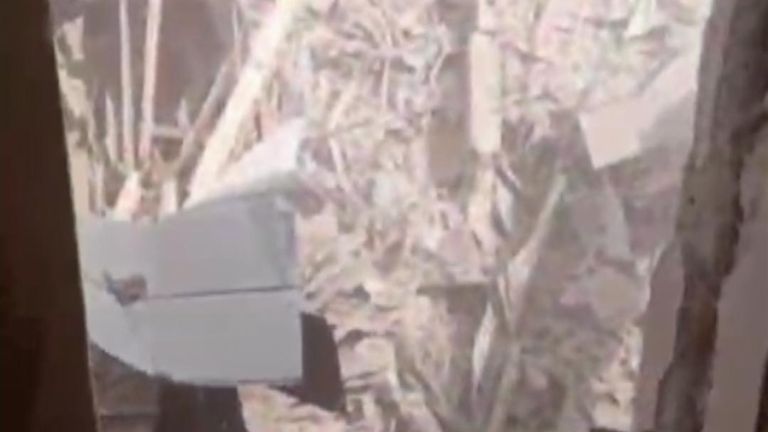 “Children” was written in large letters outside the theatre – intended to be seen from above – in the hope of protecting the estimated 1,300 sheltering inside although despite this, the building was still attacked.

The governor of Donetsk has said Ukrainian forces still control Mariupol – despite it being relentlessly attacked for weeks.

Pavlo Kyrylenko said about 65,000 people had fled in private vehicles or on foot, but attempts to facilitate mass evacuations had mostly failed.