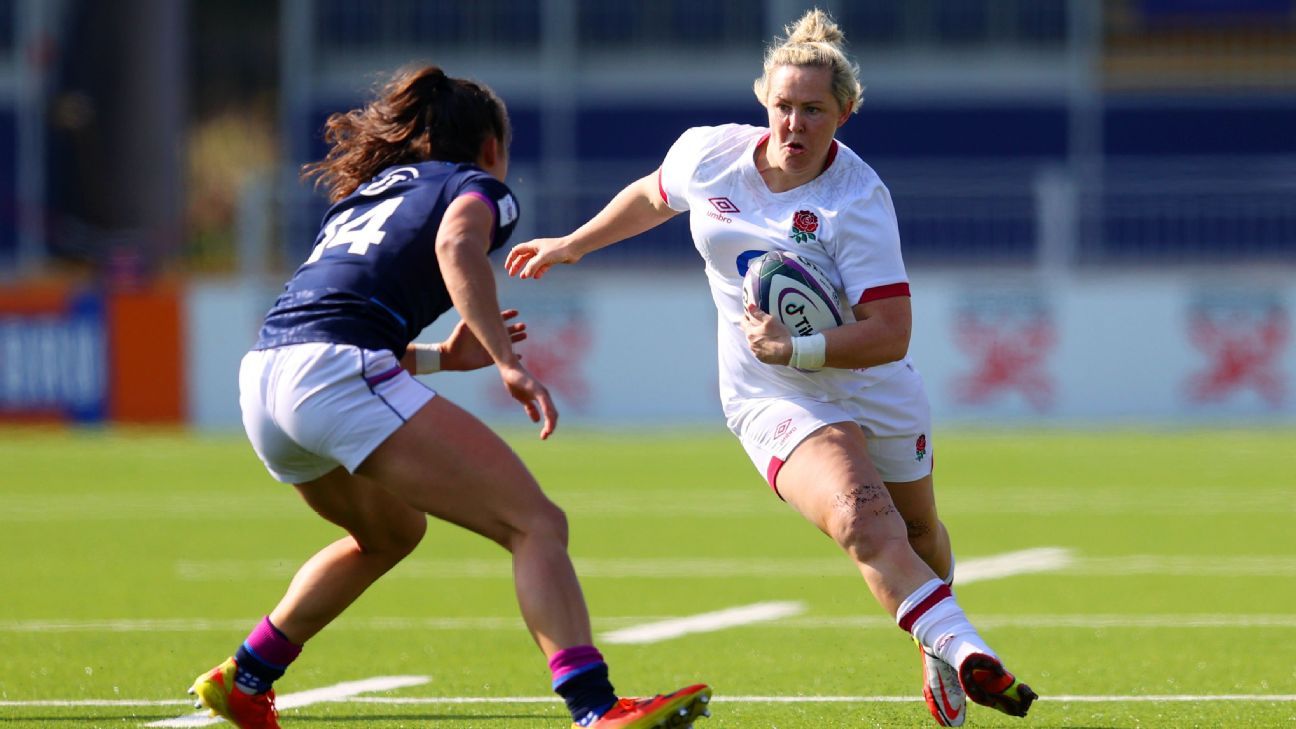 Prop Marlie Packer scored a hat trick of tries as England got their Six Nation’s title defence underway with a 57-5 victory against Scotland at Edinburgh’s DAM Health Stadium on Saturday.

The result was the Red Roses’ 19th-straight win, breaking the record for most consecutive Test match wins, which was set by England’s men in 2017.

Packer opened the scoring for the visitors after nine minutes, with England’s dominance in full display as they put a further five tries past Scotland in the first-half.

Scotland struck back through Chloe Rollie, and continued to challenge the Red Roses but it was not enough to hold off the world No. 1 side.

Three more tries after the break sealed the victory for England as they chase their fourth consecutive Six Nations title.