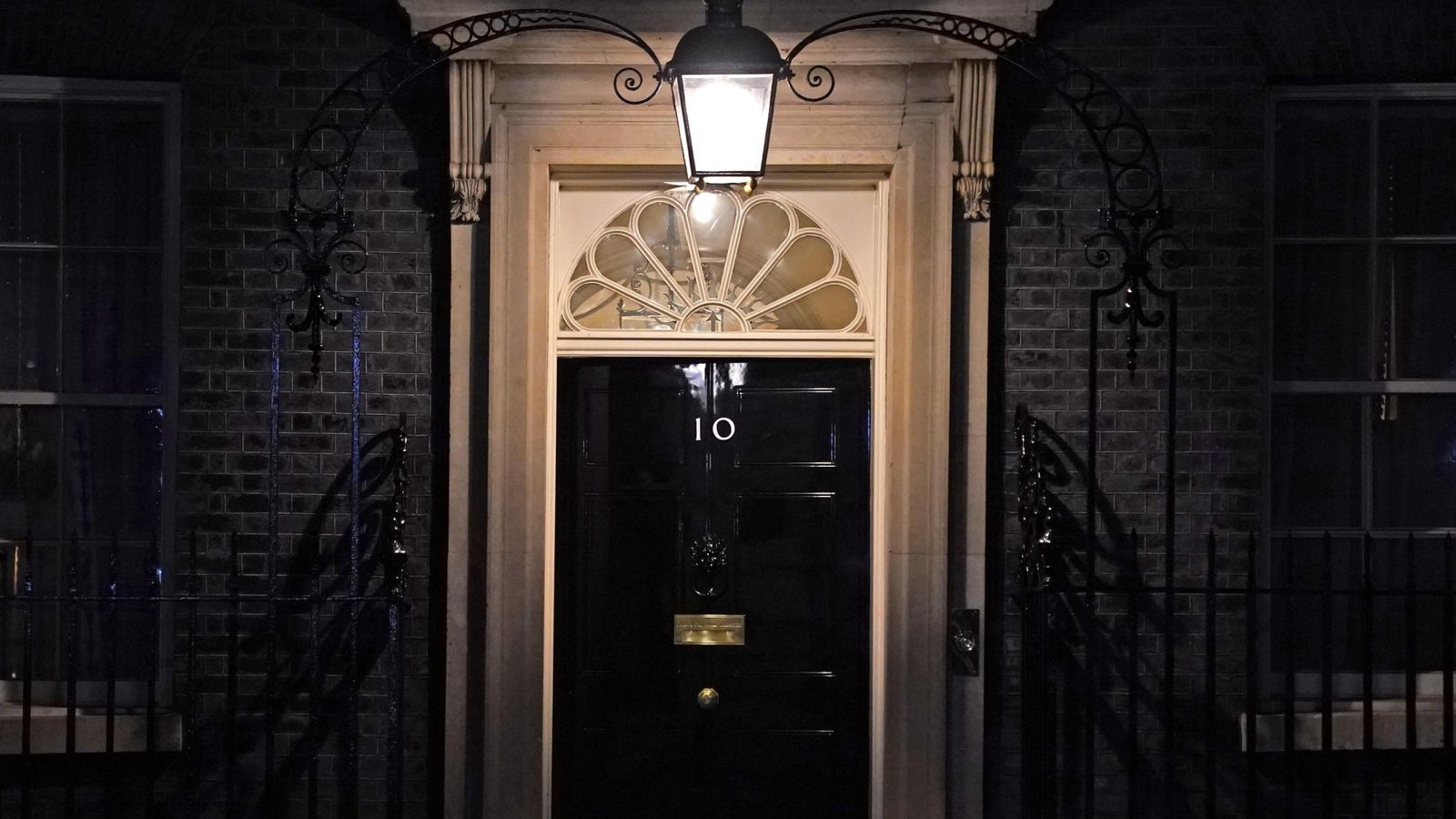 Twenty fines could be issued to 20 people in the coming hours over events held in Downing Street and Whitehall during lockdown, Sky News understands.

The fines will be issued by detectives investigating the “partygate” scandal.

It is believed these punishments are only the first, and more are expected as more than 100 people were handed questionnaires by the Metropolitan Police as part of the investigation – named Operation Hillman.

Whitehall sources suggested the fines could come as early as Tuesday, but the Met may change its timetable.

Read more: All you need to know about the Met Police’s partygate investigation

The Met launched an investigation at the end of January into several alleged events that happened during England’s lockdowns in 2020 and 2021.

One of the events that created an uproar was a gathering in the Downing Street garden at the height of the UK’s first national lockdown in 2020, with a leaked email from one of the PM’s chief aides inviting staff to a “bring your own booze” event.

A photo showed Boris and Carrie Johnson there, and the PM admitted to attending that event with “groups of staff” for 25 minutes but stressed he believed it was a “work event”. It is not known if people who attended that event have been fined.

Several Conservative MPs had called for Mr Johnson to resign over the parties, but some have changed their stance since the war in Ukraine began just over a month ago.

All those believed to have attended alleged lockdown-busting parties in Westminster were sent an email questionnaire asking for their account and explanation of their participation.

The Met Police announced in early February its officers were beginning to contact people believed to have been involved in the 12 events under its investigation.

Mr Johnson received one on 11 February and, like everyone else, had seven days to respond.

The Met Police said the document has formal legal status and must be answered truthfully.

Scotland Yard’s investigation is the second inquiry to take place into claims Number 10 officials – including the prime minister – were partying while England was under COVID-19 restrictions.

Senior civil servant Sue Gray led a Whitehall probe into the allegations that led many to call into question Mr Johnson’s political future.

However, a full report was not published at the end of January because the Met Police made a U-turn after saying it would not investigate the events.