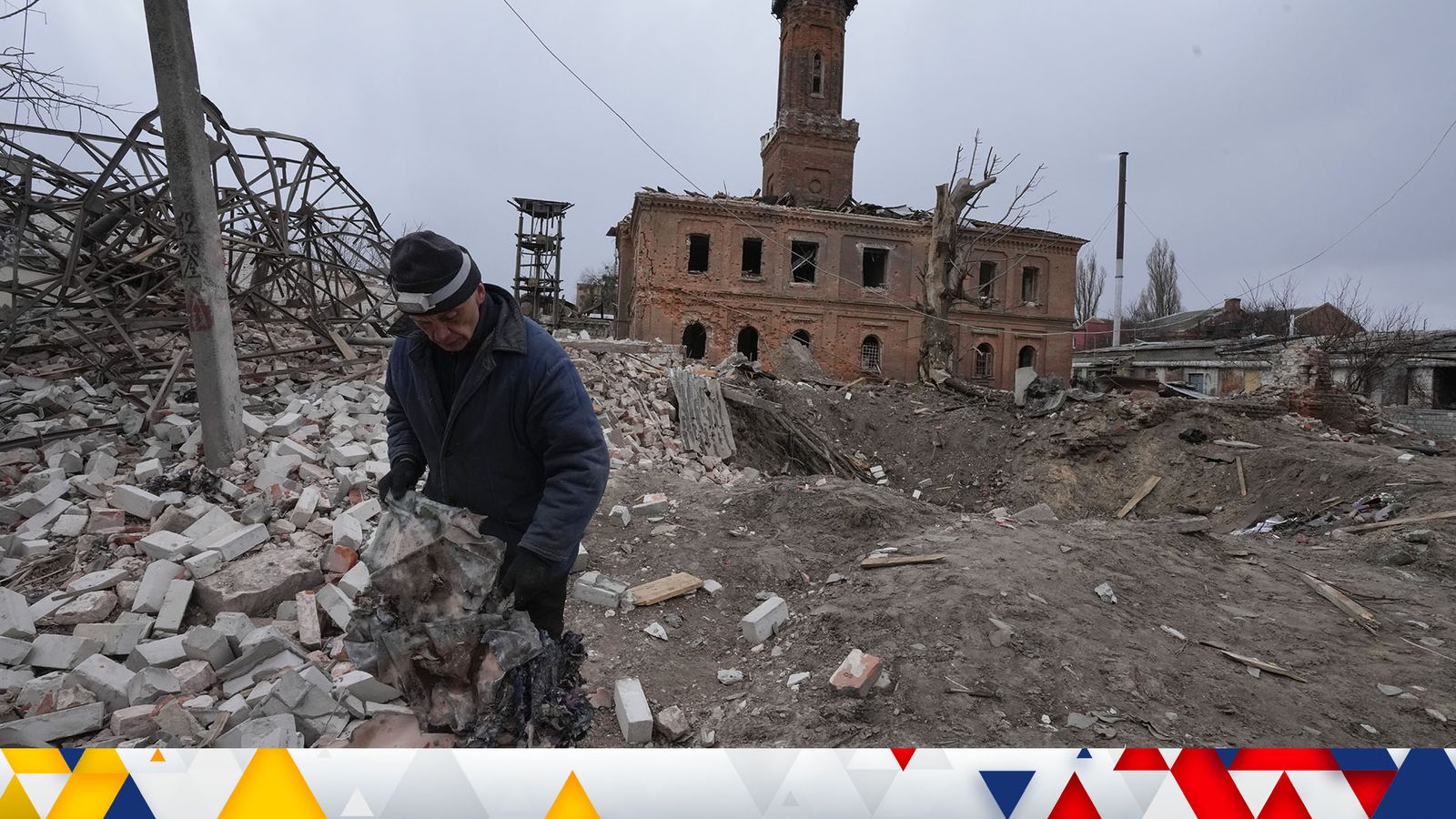 The Ukrainian city of Mariupol is on the verge of a humanitarian catastrophe with 160,000 civilians trapped, its mayor has said.

Vadym Boychenko said the southern port city must be entirely evacuated and that 26 buses were waiting to begin transporting people away from the area.

But he said Russian forces had not agreed to give them safe passage, claiming they were “playing with us”.

Mr Boychenko said people were trapped in Mariupol without any heat and power after weeks of Russian bombardment.

He said on national television: “The situation in the city remains difficult. People are beyond the line of humanitarian catastrophe.

“We need to completely evacuate Mariupol. The Russian Federation is playing with us. We are in the hands of the invaders.”

It comes as Ukrainian deputy defence minister Hanna Malyar said Russian forces were regrouping but were unable to make any significant advances in the country.

She said Russian forces were trying to reinforce positions they already hold and were attempting to break through the defences of Kyiv – but claimed they had no hope of capturing the capital.

“As of today, the enemy is regrouping its forces, but they cannot advance anywhere in Ukraine,” she said.

According to Reuters, UK military intelligence said Russia had gained more ground in Mariupol amid heavy fighting but that its forces had not made any major advances in the country.

Mariupol normally has a population of about 400,000 and is widely seen as a strategic prize for Russia to create a bridge between Crimea, annexed by Moscow in 2014, and two separatist enclaves in eastern Ukraine.