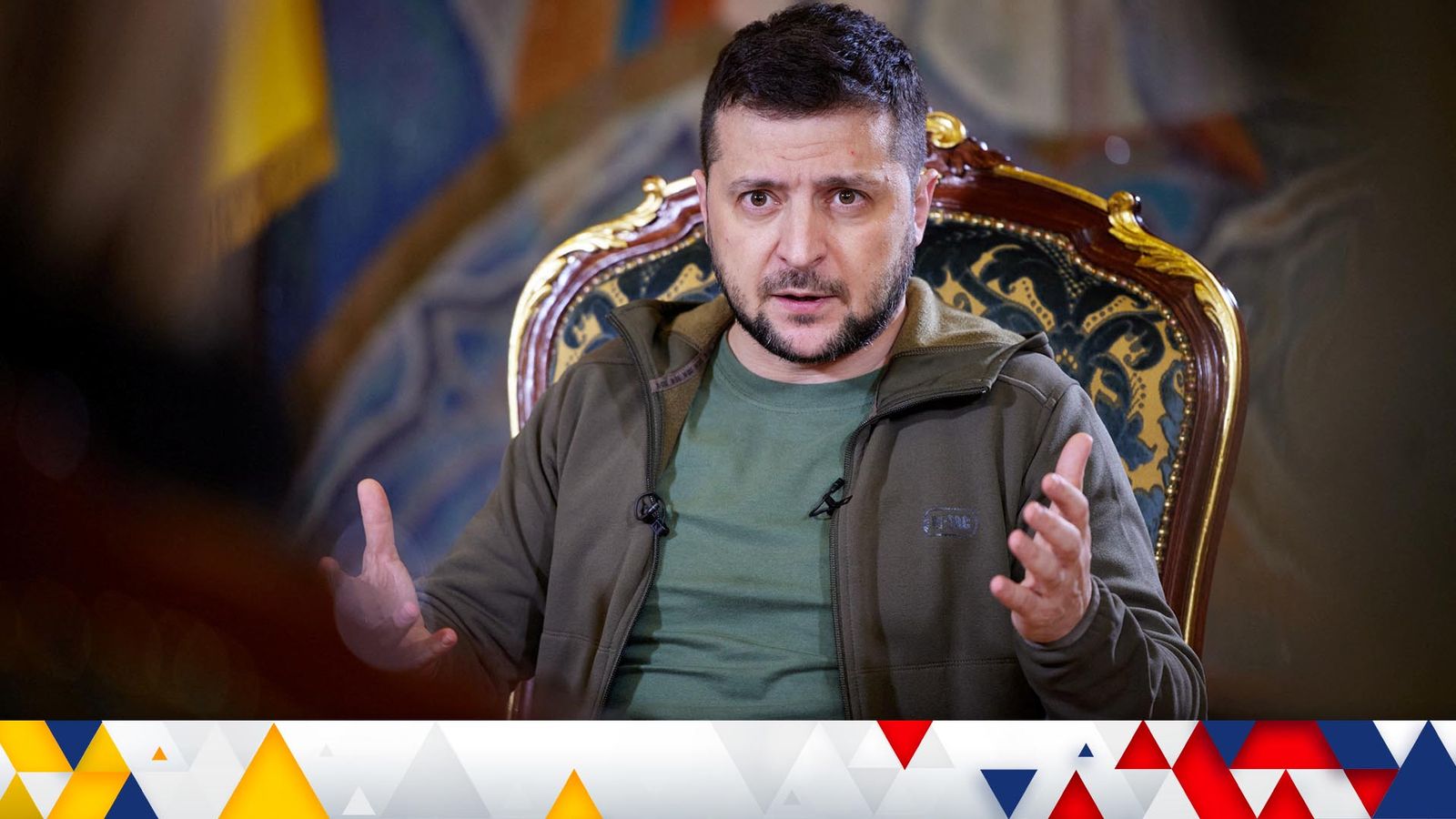 Ukraine President Volodymyr Zelenskyy has said Russia’s signals it will pull back troops from some areas “do not drown out the ruptures of Russian shells”.

In a new video – the first time he has spoken about the peace talks that ended with a hint of some possible progress ahead – he said that only a concrete result from the discussions can be trusted.

But he added that he sees no reason to trust the words of certain representatives of a power that “continues to fight for our destruction”.

“The situation has not become easier,” he stressed, warning the Russian army still had “significant potential” to carry out attacks.

“We are not reducing our defensive efforts,” he added.

Sanctioned Russian oligarch Roman Abramovich appeared at the peace negotiations on Tuesday morning, following allegations he was poisoned at earlier talks – a claim the Kremlin rejected as part of an “information war”.

Earlier, Russia offered to drastically reduce military activity near the Ukrainian capital Kyiv and around Chernihiv.

Mr Zelenskyy’s response follows US President Joe Biden, who told reporters at the White House: “We’ll see if they follow through.”

And speaking to Reuters news agency, a Western official said Russia’s announcement “seems to be more of a tactical exercise” to buy time for troops to regroup – a sentiment backed by the Pentagon.

It confirmed “some movement of small numbers” of Russian forces away from Kyiv, but described it as more of a “repositioning – not a withdrawal”. 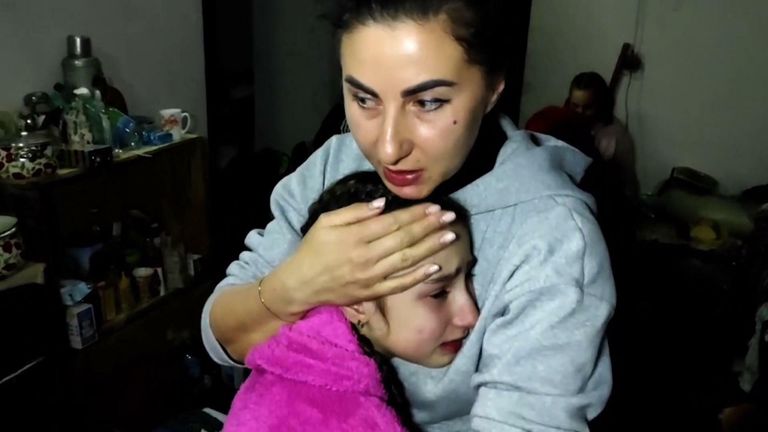 Residents struggle to survive in Ukraine

Ukrainian and Russian officials met in Istanbul for the talks, during which, the Russian delegation outlined two steps to de-escalate war.

Cutting back troops was one of the steps, while the other offer was a meeting between the two country’s leaders if and when a peace treaty was forthcoming.

Heading the Russian delegation, Vladimir Medinsky stressed that the scale-back did not represent a ceasefire.

Read more: Zelenskyy offers Putin a way out of war – but will Russia’s leader budge?

KEY POINTS FROM THE TALKS

The Ukrainian and Russian delegations arrived in Istanbul late on Monday evening with low expectations.

By the time they left, mid-Tuesday afternoon, talk of a breakthrough was echoing around the world.

The talks lasted only a matter of hours, but both sides seemed to make compromises that might pave the way forward to something greater.

Ukraine is reportedly ready to surrender its ambitions to join NATO. In return for sworn neutrality, they will demand security guarantees from as yet undetermined states.

The US and UK had been mooted, but given their prominence in NATO, they might prove unacceptable for Moscow – Poland, Italy, and Canada have been added to the list of possible others.

Ukraine is standing firm on its refusal to give up Crimea and Donbas. Russia is equally steadfast on that matter. Those territorial negotiations could be split off for a later date, dependent on the outcome of more immediate peace talks.

But the most unexpected announcement of the day came from the Russian delegation – the proposal to withdraw forces from around Kyiv and Chernihiv.

In reality, Russian forces had become bogged down and have made little progress for weeks; it was rumoured many of them would pull eastwards anyway, to reinforce the push there. The prospect of Russian troops capturing Kyiv has become increasingly unrealistic, so this is more of a face-saving move if anything.

Putin will spin it as a trust-building gesture, but it actually represents a total failure to achieve what he mistakenly thought he would do in a matter of days.

The Turkish hosts, keen to be peacemakers, have suggested the next step is for Putin and Zelenskyy to meet in person.

Tonight that certainly feels more likely, but after weeks of broken Russian promises, I can’t help but retain some scepticism.

Earlier talks, held in Belarus or by video, failed to make progress on ending the conflict that has killed thousands and driven more than 10 million Ukrainians from their homes – including almost four million forced abroad.

The Ukrainian president indicated previously his country is prepared to declare neutrality, as Moscow has demanded, and that compromise may be possible over “the complex issue of Donbas” in the country’s east, where separatists backed by Russia have controlled since 2014.

But it is unclear how that might be reconciled with his stance that “Ukraine’s sovereignty and territorial integrity are beyond doubt”.

Russia has long demanded Ukraine drop any hope of joining NATO, which Moscow sees as a threat.

Mr Zelenskyy, for his part, has stressed Ukraine needs security guarantees of its own as part of any deal.

Meanwhile, as Ukrainian forces entered their 34th day of war, the UK’s ministry of defence said the Kremlin forces still pose a “significant threat” to the capital, through their strike capability.

And later, Downing Street stressed the need for the West not to let off in its response to the crisis.