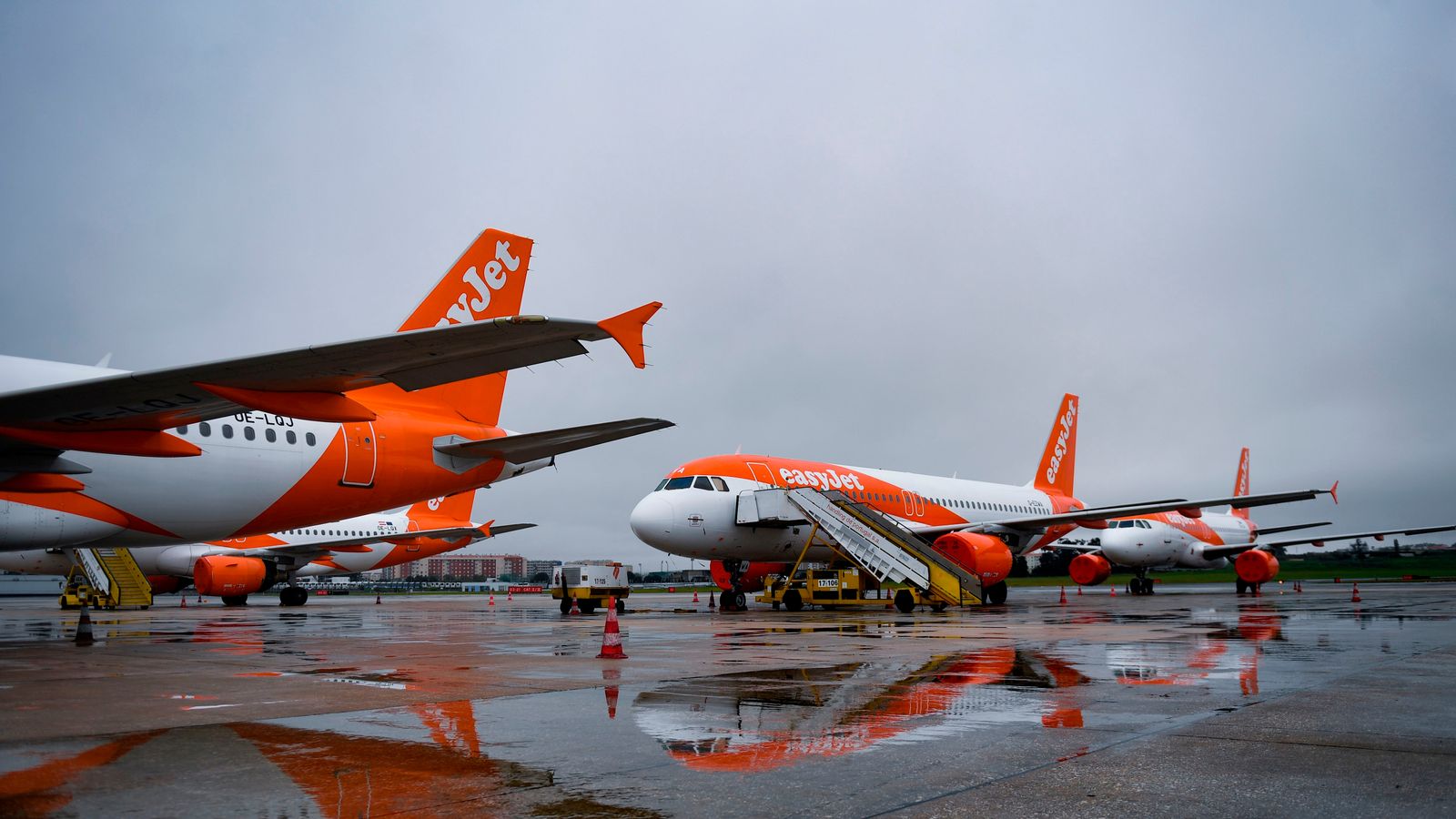 More than 200 flights were cancelled by easyJet over the weekend, leaving some passengers stranded amid travel chaos at some airports in the UK.

The budget airline blamed the cancellations on the disruption of staff shortages caused by COVID-19, with at least 222 trips axed since Friday.

It said it had made efforts to combat the shortages by “rostering” standby crew on the weekend but was forced to make “additional cancellations” on Sunday and Monday.

High levels of sickness among staff caused by COVID

On Monday, 62 flights have been pulled and the majority were announced at short notice on Saturday.

An easyJet spokesperson said: “As a result of the current high rates of COVID infections across Europe, like all businesses easyJet is experiencing higher than usual levels of employee sickness.

Now just been charged £14 for a pint and a G&T in @belfastairport the grimiest airport I’ve been in since the year dot. Sigh. pic.twitter.com/v6E0GsAyIP

“We have taken action to mitigate this through the rostering of additional standby crew this weekend, however, with the current levels of sickness, we have also decided to make some cancellations in advance which were focused on consolidating flights where we have multiple frequencies so customers have more options to rebook their travel, often on the same day.

“Unfortunately it has been necessary to make some additional cancellations for today (Sunday) and tomorrow (Monday). We are sorry for any inconvenience this may cause to customers on affected flights.”

The cancellations come after travel chaos hit some of Britain’s biggest airports on Sunday, with passengers at Heathrow and Manchester airports stuck in long queues waiting to check in.

‘Cancellation with less than 10 hours’ notice’

Some easyJet passengers said they were stranded abroad with no explanation or alternatives offered by the airline.

Simon Rudkins, 50, said he was due to return to the UK from a ski trip in the Alps with his family when the airline contacted him with less than 10 hours’ notice saying their flight was cancelled.

He said that his 85-year-old mother, who has dementia, had joined them for the journey back.

“She gets very confused and she doesn’t need stress,” Mr Rudkins said.

The freelance landscape gardener said he has had to call customers who were expecting him on Monday to explain the delay and will lose out on money for the jobs.

“We called easyJet asking for alternatives. We basically got told ‘no, there’s nothing, no flights at all. The best you can do is fly tomorrow’. I probably wouldn’t go near easyJet (again).”