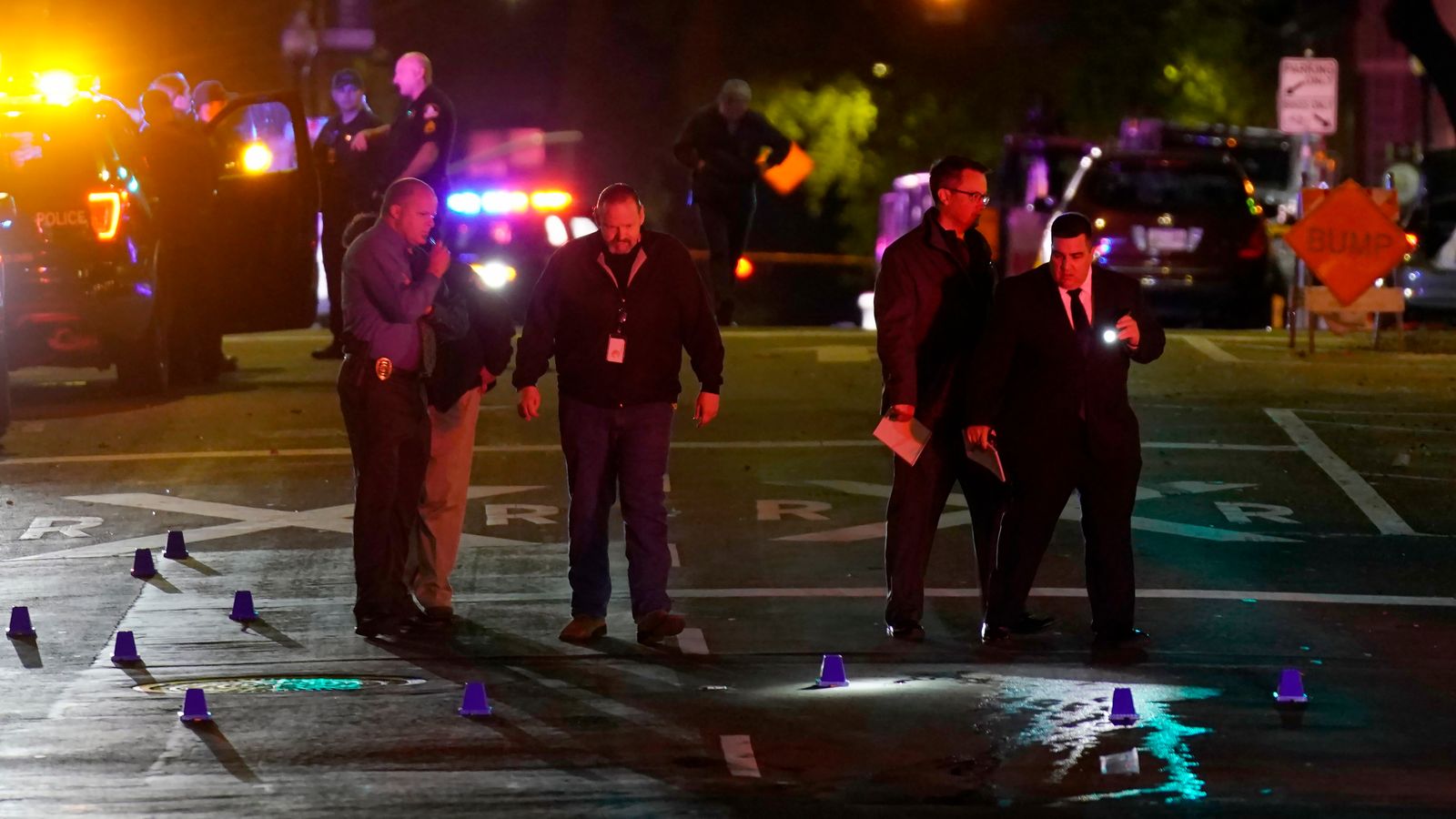 Six people have been killed and 10 injured in an early morning mass shooting in California’s state capital.

Police are hunting for at least one gunman in connection with the killings in the downtown area of Sacramento, which is packed with restaurants and bars, at about 2am on Sunday.

Officers had been on patrol when they heard gunfire, according to the city’s police chief Kathy Lester.

On arriving at the scene they found a large crowd gathered on the street and six people dead.

No details have been released of the victims.

Another 10 people, who were hurt, took themselves or were taken to hospital, but no information has been given on their conditions.

Investigators do not know if one or more suspects were involved and have appealed to the public for help in identifying those responsible, including anyone with recordings of the shootings.

Chief Lester, who did not give details on the type of gun used, described at as “a very complex and complicated scene”.

She said it happened near the Golden 1 Center, an arena where the Sacramento Kings basketball team plays and concerts are held.

Shortly after the shooting, video was posted on Twitter of people running through the street and the sound of rapid gunfire.

Footage also showed a number of ambulances at the scene.

Rising gun violence is the scourge of our city, state and nation, and I support all actions to reduce it. Our new Police Chief, Kathy Lester, has made it a top priority, and I stand firmly behind her. @SacPolice

“The numbers of dead and wounded are difficult to comprehend.

“We await more information about exactly what transpired in this tragic incident.”

He added: “Rising gun violence is the scourge of our city, state and nation, and I support all actions to reduce it.”

Berry Accius, a community activist, said he arrived shortly after the shooting happened.

He said: “The first thing I saw was like victims.

“I saw a young girl with a whole bunch of blood in her body, a girl taking off glass from her, a young girl screaming saying, ‘They killed my sister’.

The shootings come a little more than a month after a man in the city shot and killed his three children and a fourth person before taking his own life.

‘These deaths are on Biden’: Texas governor blames president after bodies of at least 46 people found in lorry
HSBC executive Haire in surprise move to run the Skipton
Ukraine Invasion: Germany changes tack and will help arm Ukraine
Kyiv targeted by Russia in ‘symbolic’ attack before NATO summit as one killed and several injured in missile strikes
Big things are happening in PFL with Bruno Cappelozza and Renan Ferreira